...a term we've used often around our house with one son in particular.

Today, (actually it's been a lot lately) it's me. I'm here, rather than doing the huge list of items on my to-do list.

It's so beautiful out today ... a welcome relief from the heat and humidity that we've been having the last several days.

Last week Matt and I spent quite a bit of time outside gardening. It's almost done now. I need to still get some plants and plant them and then get the mulch down. (I hate doing that job ... maybe I'll just not do it this year.) One day last week we went out too late and couldn't stay out too long because of the heat. In fact, when I came in, I was feeling sick. It was a good excuse to put off more yard work.

This past weekend was the first long weekend of the summer and it was gorgeous. We went up to the trailer at Jackson's Point and opened it. The rain that was supposed to keep us inside on Saturday never came so we were pretty happy with that. So, we had a nice, relaxing weekend.

We had a marathon game of Monopoly. It started at 8:30 in the evening and went until 12:20 a.m. when Spencer totally wiped everyone out. It's been a long time since I've played monopoly. 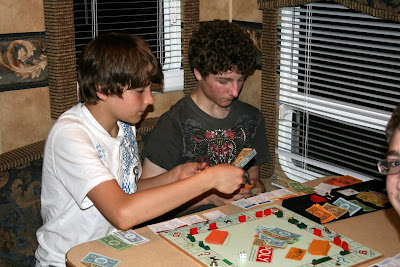 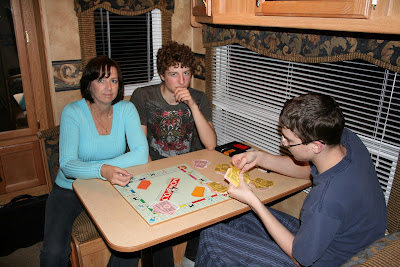 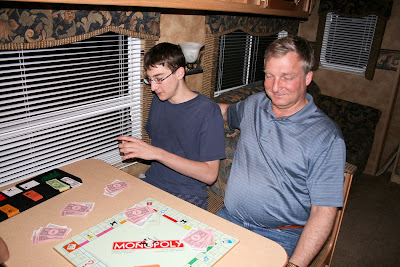 The boys spent a lot of time in their bedroom (also known lovingly as the "Brat Cave") playing video games. Still, we managed to lure them outside a few times. 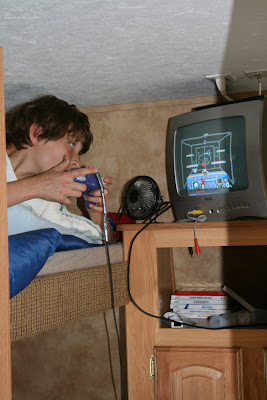 Matt brought a whole case of his books on the World Wars and MacLean's Magazines. (I think it's like a security blanket for him ... he can't go far without them.) 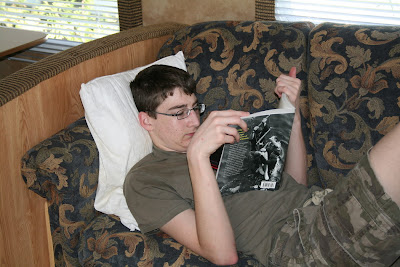 We had to set aside some time to chat with Spencer about his impending decision on what university offer to accept. It's such a big decision. 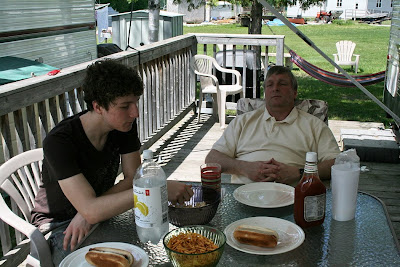 So it was a fun weekend.

The big, breaking news is that Spencer finally decided on a University programme. He has decided to go to the University of Waterloo for Computer Science. He was given a couple of sholarships and one of them was for this programme so I don't know if that affected his decision or not. It's a co-op programme which is very cool. Now, he needs to decide on whether or not to stay in residence and which one he would like to stay in if he does ... by tonight! Sheesh! Talk about leaving things until the last minute!

OK, I need to stop avoiding my to-do list and get off here. I should head out to Costco to get some food for a family reunion tomorrow. ...now where did I put my costco card?