If you're wondering what happened to Day 4 and 5 - you didn't miss anything.  I haven't included them because the first two days on the cruise were both sea days and we didn't do much except lay by the pool, eat, and catch up on much-need sleep.

Our first cruise stop was in Athens, Greece.  We were all very excited about this stop.
We didn't have an excursion booked as we had read that we could just grab a taxi into Athens and then walk to everything that we wanted to see.

We found a taxi as soon as we got off the ship, and all 5 of us crammed into 4 seats - something we would never dream of doing normally!!

Our driver was great and told us where to go and what we needed to see. He acted as tour-guide on the drive to the Acropolis.  He dropped us off at the Acropolis where we spent two or three hours wandering around in awe. It was great having a walking encyclopedia along with us!  Matt was able to feed us lots of information about the acropolis along the way. He was totally in his element.  He was immersed in everything he saw ... so much so that we had to keep finding him. 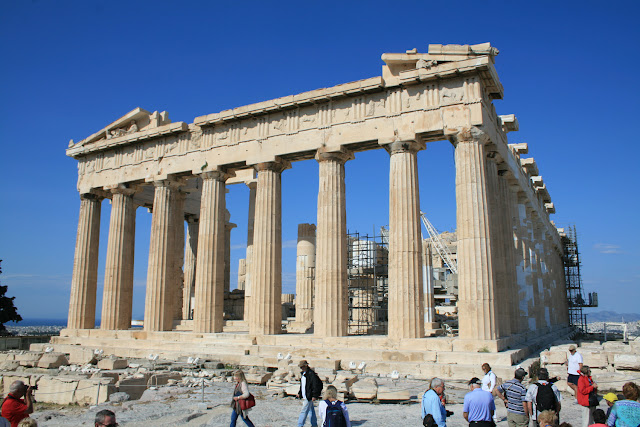 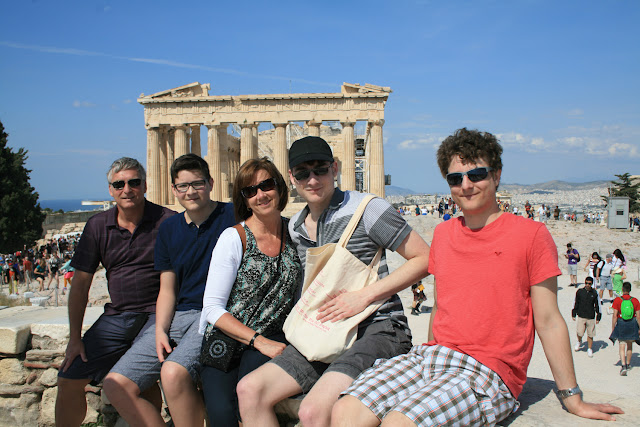 Once we finished there, we started weaving our way through the streets to find more of the ancient ruins (which were everywhere, by the way!). We stopped at a Greek family restaurant along the way. We paid a lump sum and then they brought about 20 different dished to the table and we were able to choose 12 of them.  We had the best time trying different foods, sitting next to the street, and watching Greek Life pass us by.  It was very relaxing.  The food was great and we left feeling very full. 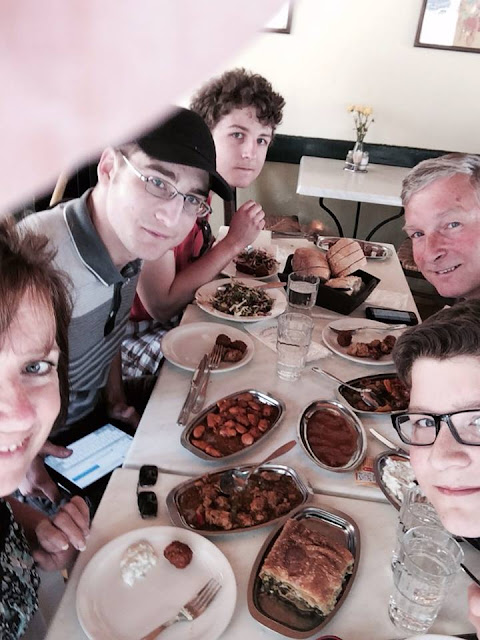 After lunch we made our way to the ruins of the Roman Forum.  There wasn't a lot left standing, so it was hard to see what we were looking at. 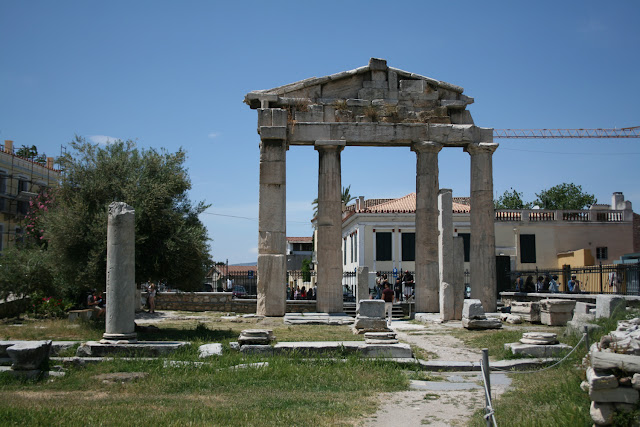 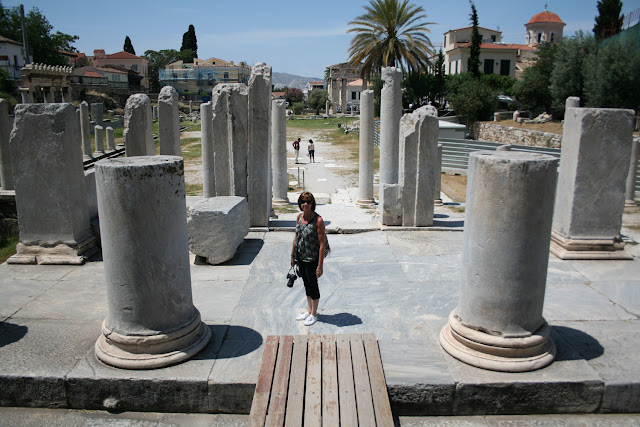 From there we made our way to the Ancient Agora.  This place was very cool.  We wandered around the Stoa of Attalos, which has been rebuilt and houses a lot of artifacts.  Once again, we lost sight of Matt as he was soaking it all in.

In the Agora, there was also a well-preserved temple which was amazing to see. 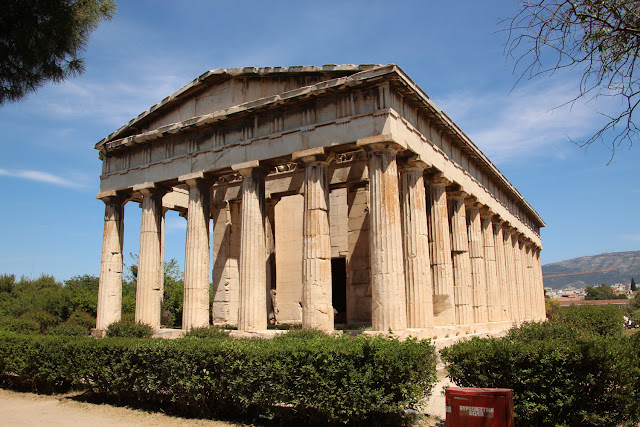 As a side-note - it seems that Spencer would easily pass as a Roman.  We were always seeing him in statue form every time we turned around! 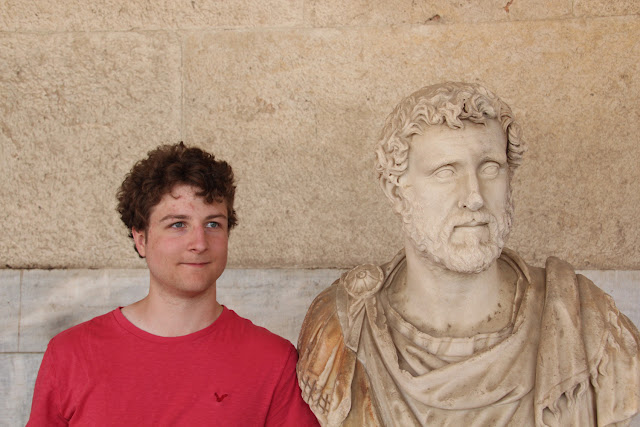 Our last stop for the day was the Temple of Olympian Zeus.  Again, it was amazing to see, but we were all tired by that point and, after seeing so many ruins, we didn't really appreciate it as fully as we should have. 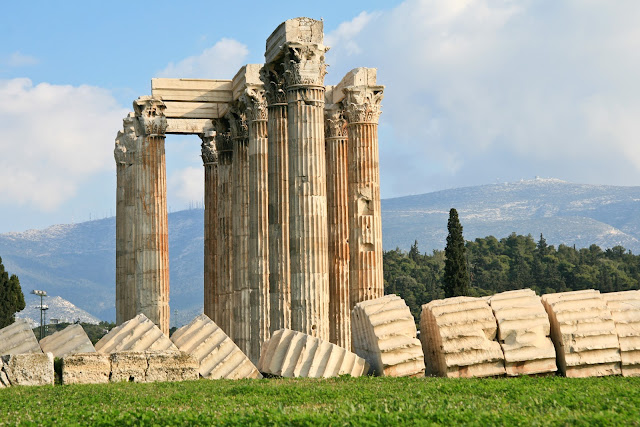 Our taxi driver picked us up there and we all crammed back into the car and he took us back to the port where we limped, still in awe of what we had seen, back onto the ship.
Posted by Barbara at 4:57 PM