Three days in a row! That hasn't happened in a long time.

I'm back today with another share. Last week on the Use Your Stuff Blog we were challenged to create a project using limited supplies. What that meant was that we were allowed basic supplies such as cardstock, and either one sheet of patterned paper or three stamps.

The photo is of my younger brother, Rick. He has Down's Syndrome and he's blind. He and I are very close and spent a lot of time together while we were growing up. He's my little buddy! 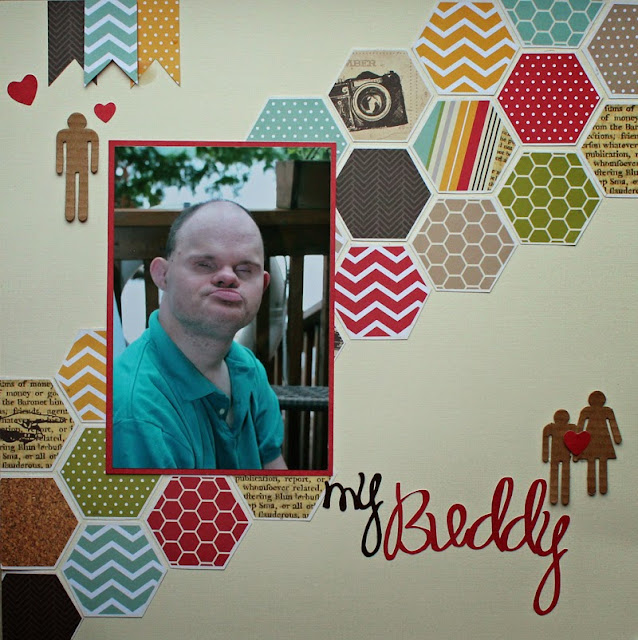