Our Mediterranean Cruise - Part One

It seemed like this trip was a long time coming from when we booked it back in April. However, once summertime hit, life got away from me, and the trip seemed to sneak up on me. For the two weeks before we left, I was in panic mode trying to book excursions, get everyone at home ready for us going, and trying to get us organized. (Remind me next time not to leave everything until the last minute!)

Still, after a couple of crazy weeks, departure day finally arrived. By the time we left for the airport, I was exhausted, after spending the day picking up groceries for the boys, finishing last minute packing, writing pages of notes for my parents who were on their way to spend the two weeks with the boys (not that they needed babysitting, but I needed it for my own peace of mind.) and trying to clean the house because my parents were coming. Sometime, about an hour before we left, I had a bit of an anxiety meltdown. Was it any wonder!

Once we were in the car on the way to the airport I was able to relax a little - and put my make-up on.

Our flight left Toronto at 6:20 p.m. heading for London. From there we had a couple of hours layover before catching our next flight to Barcelona.

We finally made it into our hotel room in Barcelona at 1:40 pm and we crashed for a couple of hours. Neither one of us had slept much on the flight so we were pretty tired.

We stayed at the Hotel Del Mar. It was a smallish hotel that was close to everything that we were wanting. 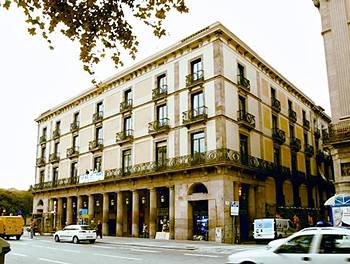 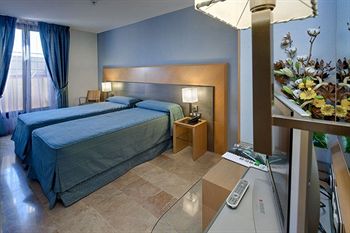 Later in the afternoon, we made our way to La Rambla which was about a 10 minute walk from the hotel. La Rambla is a main street in Barcelona - a tree-lined pedestrian mall. It's very cool. There is lots of activity, street performers, restaurants, outdoor cafes, and shopping - store fronts and vendor stalls. We spent the evening walking up La Rambla, having dinner, and walking back down. 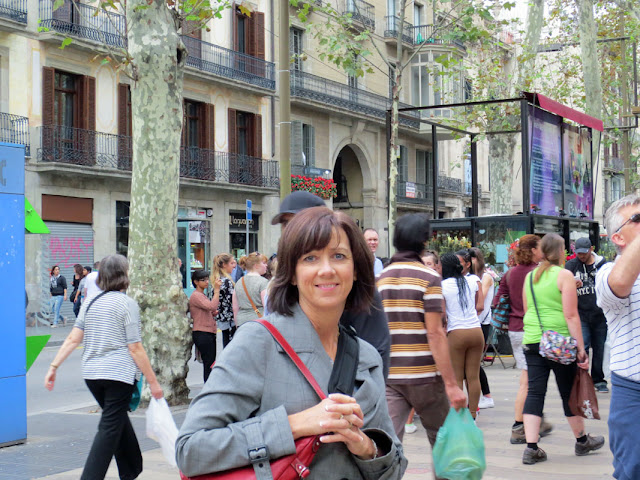 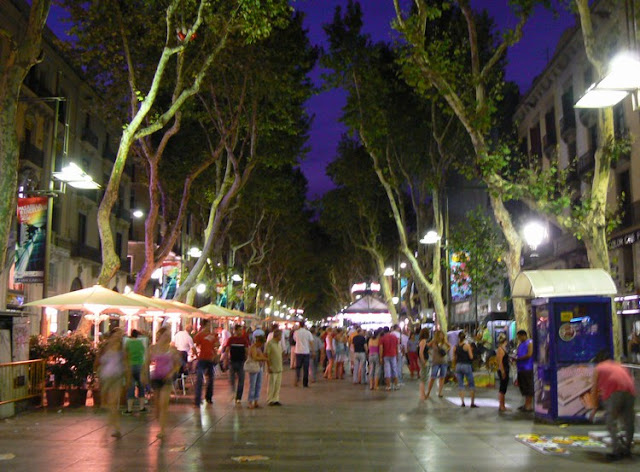 That night there was a big football match on between Barcelona and an Irish team (?) and the fans from both sides were out in full force. It was very entertaining to watch. They ended up trashing a park, and the riot police arrived to try and keep order. 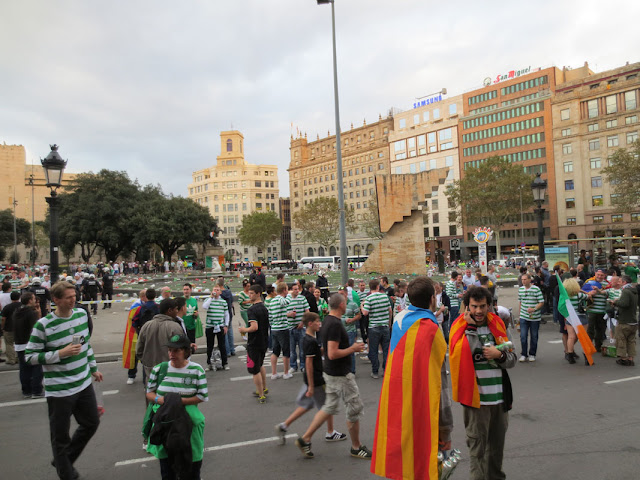 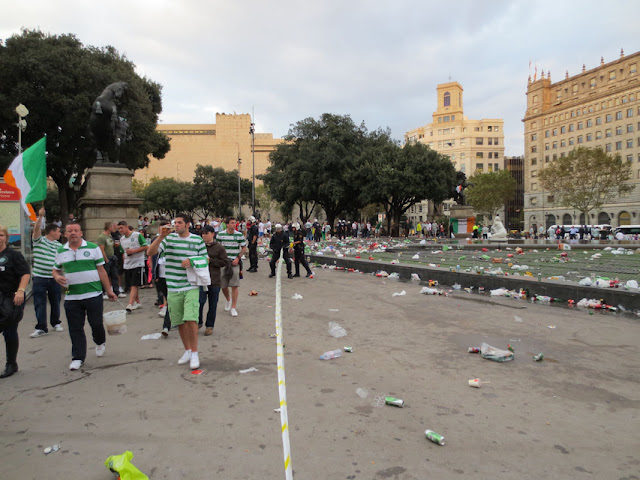 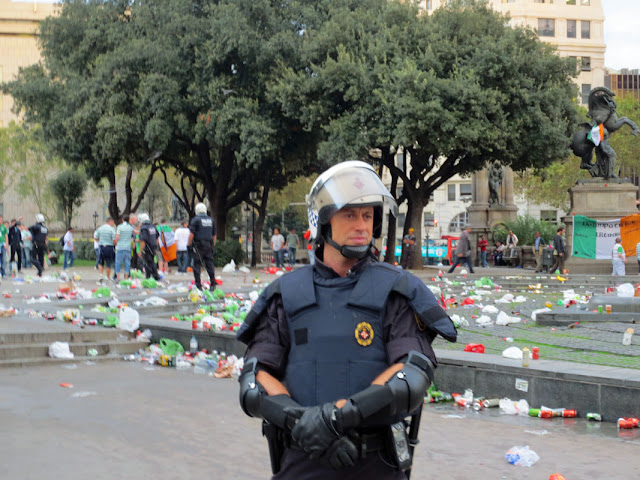 By the time we walked back to the hotel, we were both starting to feel jet lagged and in desperate need of a good night's sleep.