On our first full day in Barcelona, we decided to do the hop-on, hop-off tourist bus where we could tour Barcelona and get off where we wanted to. It was a great way to get an overview of the city because there was an audio commentary as we went along.

I don't know if it's just in Spain, or if it's Europe in general, but they seem to be big on architecture and who the architect was who design the buildings. One of the architects that was prodominant was named Gaudi. His creations were very different. One of the things he design was a big cathedral called The Sagrada Famillia ... infact he died before it was finished.

We were told this was a must-see, so we spent quite a bit of time at the Sagrada. I thought it looked like a big sand castle on the outside. It's definitely a little different. It's under construction now (or still?) and they are adding onto it. 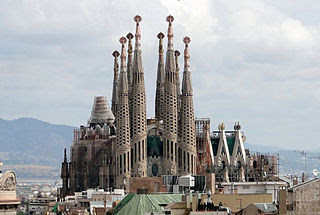 Photo from .wikipedia.org
Each facade is different. One side is the Passion Facade 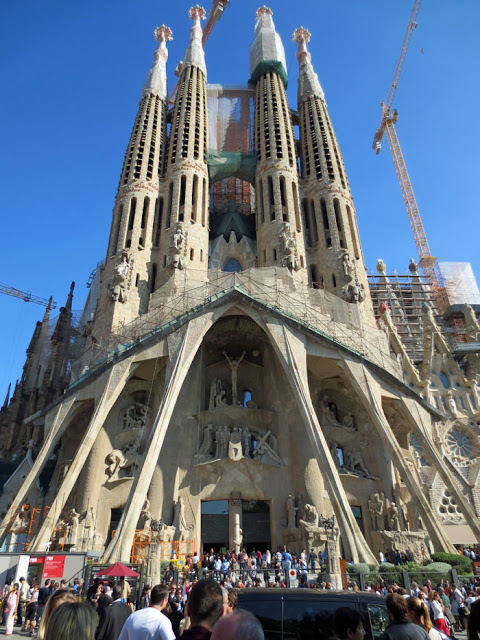 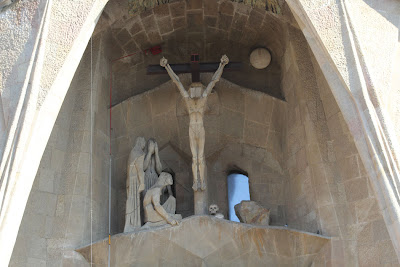 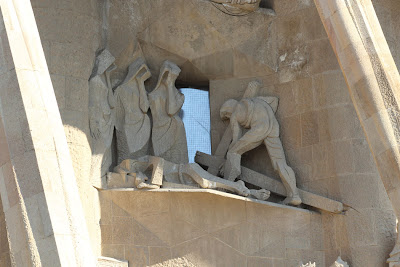 and the other side is the Nativity facade. 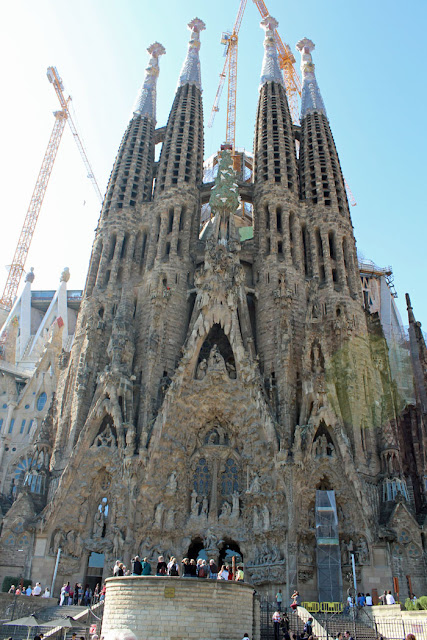 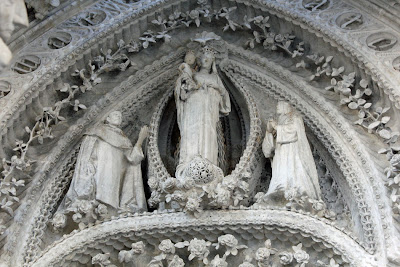 The inside was so different from the outside. We were a little surprised. It was stunning. 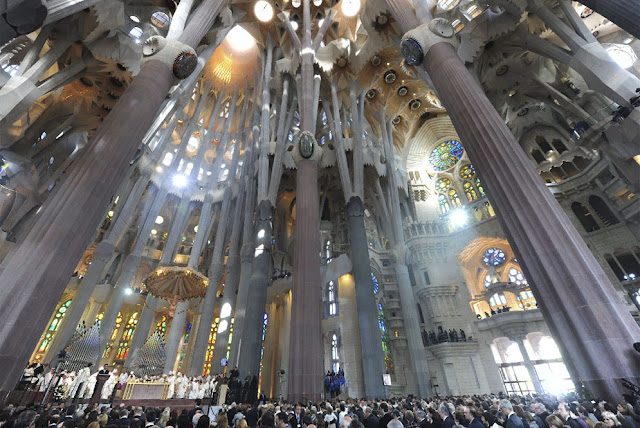 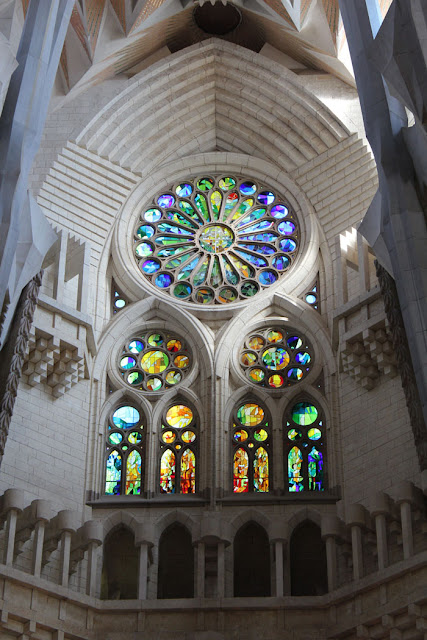 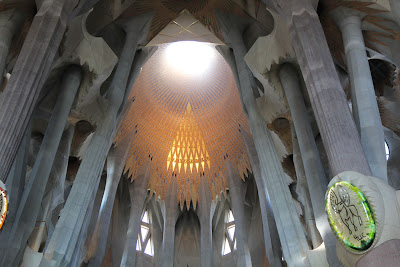 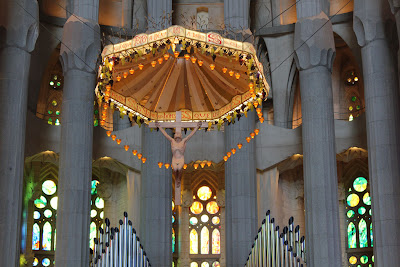 We paid a little more to take the elevator up to the top of the spires and then walk down the spiral staircase. The views were amazing. 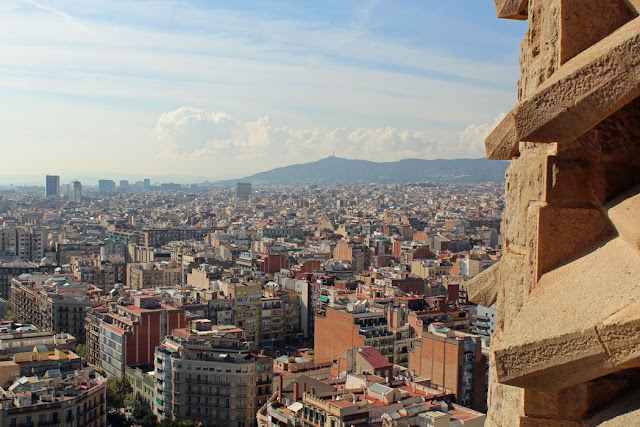 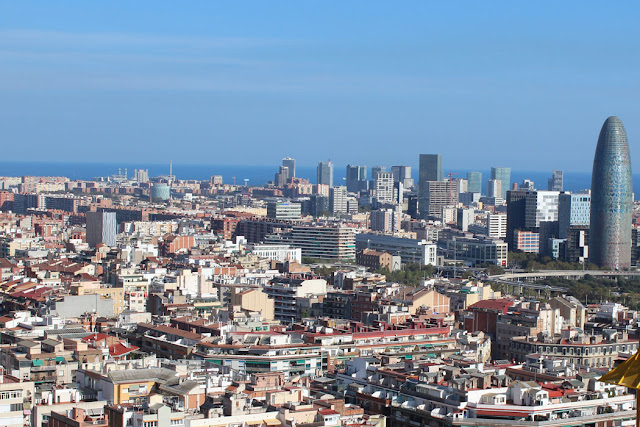 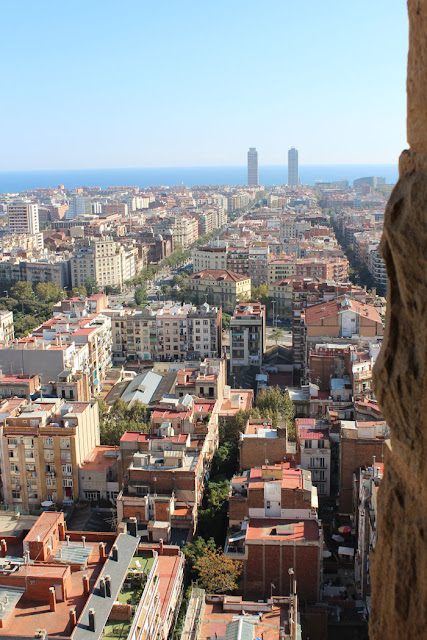 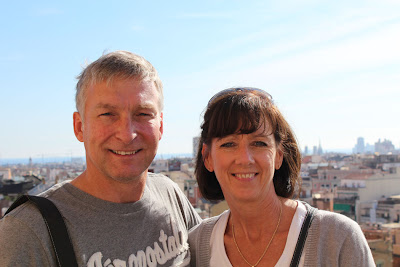 We saw some of the other things designed by Gaudi and they were also very different. One of them was a big park that we visited after the cruise, but that will have to wait because John deleted those photos off my card accidentally when he put them onto his computer, so I'm waiting to get those from him.
Next up ... embarkation day.