Along with our work clothes, we packed our instruments and music, and took those along with us on our trip. While our main purpose was to build the playground, our secondary purpose was to share our Faith, as well, through the playing of music.

As I noted in a previous post, on the weekend of our arrival there was a music camp for the Brazilian people at the camp which was run by a handful of our band members. The camp wasn't just for children, but for people of any age. What struck me the most was their enthusiasm - for the Salvation Army, for banding and music, for their Faith, and for us. Even though I wasn't part of the team running the camp, it was amazing to be able to participate in a couple of concerts.


Rob Brown and his group﻿ 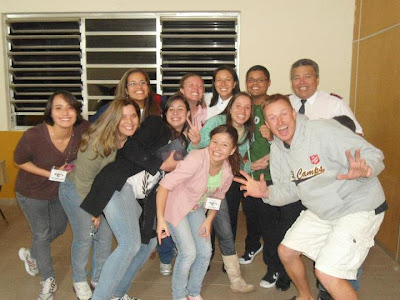 Sharing a meal at the camp 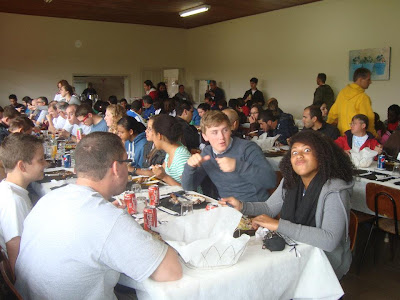 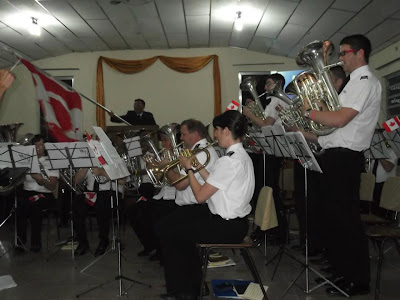 After playing "The Canadian". I loved it!! 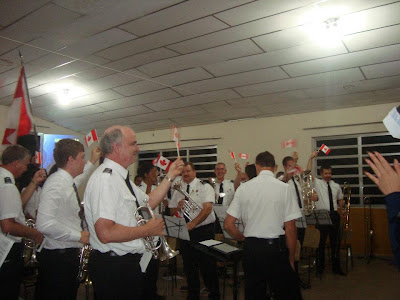 After the camp was over, and the build was complete, we had events on the following weekend. We had a concert on Thursday, one on Saturday, and then events all day on Sunday. Each time, it was the same as the camp. The people were infectious! They were so friendly, enthusiastic, and seemed thrilled to have us there. The feeling was definitely mutual.

On Sunday morning, there was a family event at the Church we were at in the morning, and the band ran some activities for the children. There was a language barrier, but it didn't matter, because when you're playing dodge ball, the rules are always the same ... as it is with laughter. It was so much fun to be with the kids and connect with them in that way. 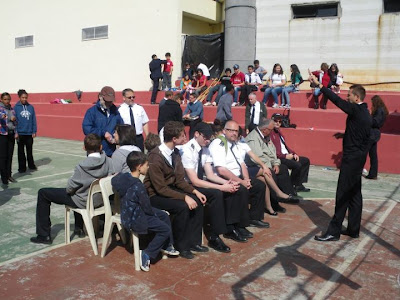 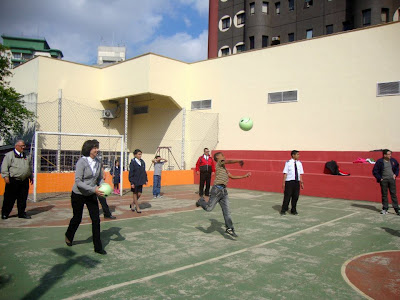 Cameron made some connections of his own. 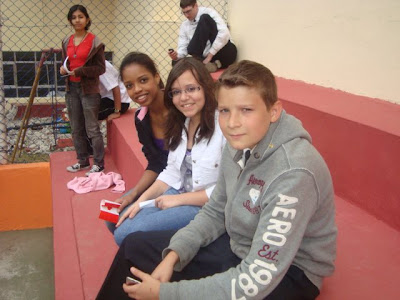 The rest of the day on Sunday was for more playing at two different places. 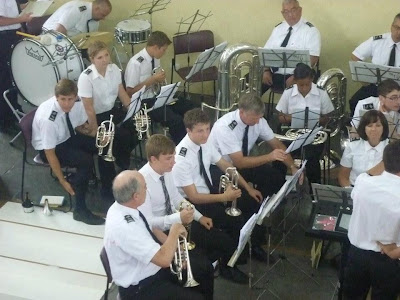 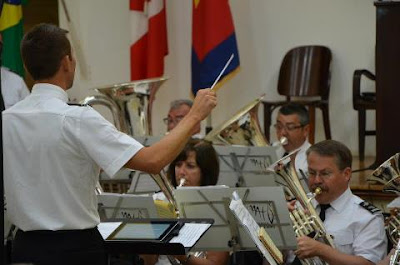 Our bus that took us everywhere we needed to go ... just not always on time. 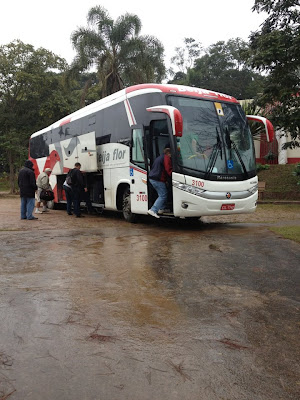 Between concerts we did have a bit of time to do some shopping at the local markets and, of course, get some more churros. 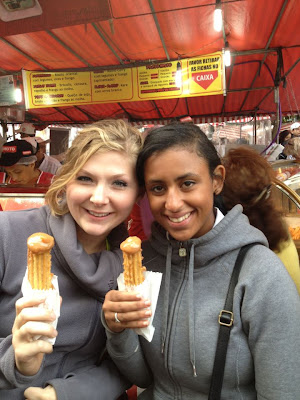 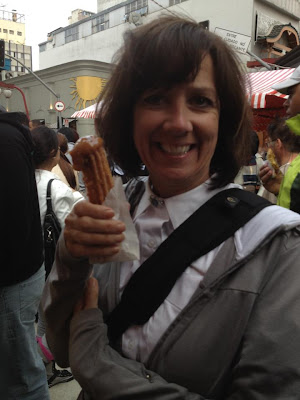 Cameron had quite a following of admirers that came to the concerts. Afterwards, they were mobbing him to get his "autograph" and to get pictures taken with him - even to the point of coming onto the bus to get one last glimpse of him. It was quite amusing to the rest of us, but a little embarrassing for him. The guys in the band gave him a new nick-name of "Camanova." . 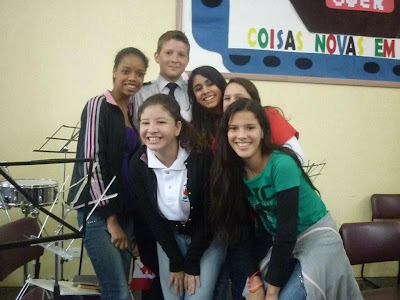 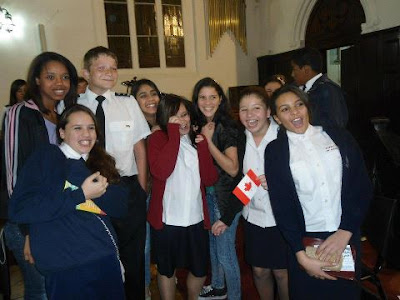 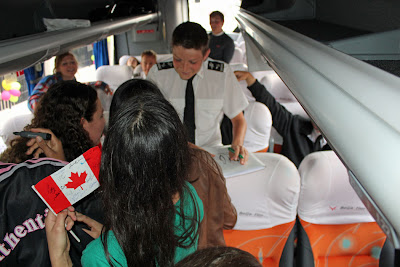 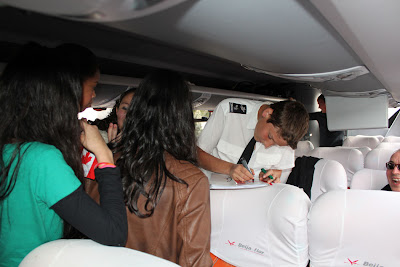 Time for one last hug 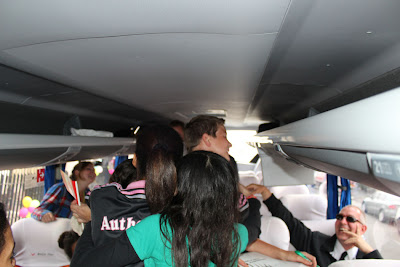 Since then, the attention has continued on Facebook. One day, I think, he'll find it funny.

It was a great trip. I enjoyed traveling with the band and getting to know them a lot better.
I loved working on the playground and feeling like we left Brazil just a little better then we found it.
I loved the people who were so friendly and hospitable. I really hope that our paths will cross again one day.
Mostly, I loved sharing our Faith in everything we did, but mostly sharing it together with the Brazilian people. God is alive and working in Brazil!