The night of our arrival in Brazil, a music camp began at the camp where we were staying. People from all over Brazil came for the weekend. That night, the band did a small concert to kick off the camp. The people were so amazing. They were so full of joy and so excited to be a part of the camp. It was very infectious.


The next morning (Saturday) a handful of band members stayed at the camp to run the music camp while the rest of us loaded into vans and headed off to the work site. Our main purpose for going to Brazil was to work. We were going to build a playground at the children’s home that was situated next to the camp. After a brief meeting with the project manager, we were assigned our jobs and everyone got very busy – for 6 days.
This is the playground just after we got started: For the first two days, my working buddy, Michelle and I were given the job of building a little garden where there would be a bench for the kids could sit. When we finished that, we spent the rest of the week working on the sandpit and painting. We had to arrange tires into a large circle – two high, as well as make a tire tower, three and four high. The top tier of tires had to have their tops cut off ... with box cutters! Once that was done, we had to haul in wheelbarrows full of dirt and pack the bottom tire of each stack. After working at hauling the dirt for a day, we finally managed to get some extra help. Once the tires were packed with dirt, we had to drill all the tires in the top layers and bolt them together so they wouldn’t move. Then it was time for painting, and then finally the sand pit was filled with sand. It was a lot of work, but it looked amazing when it was done!
This is the sandpit in progress: 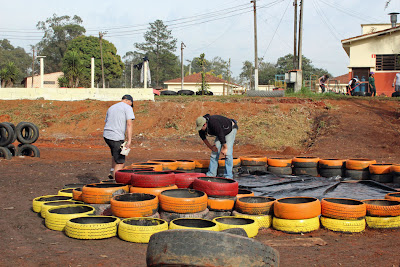 Part of "Team Barb" taking a break from painting. 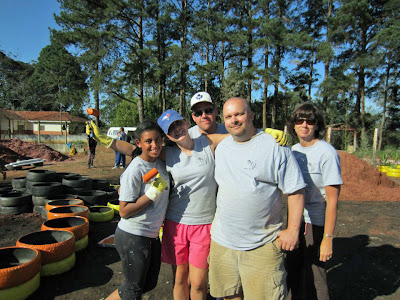 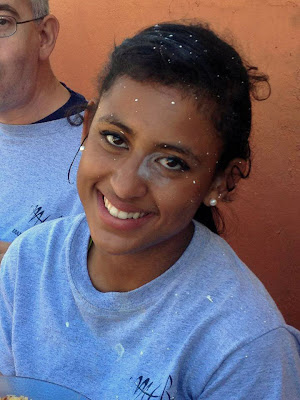 The playground was built almost entirely from old tires. 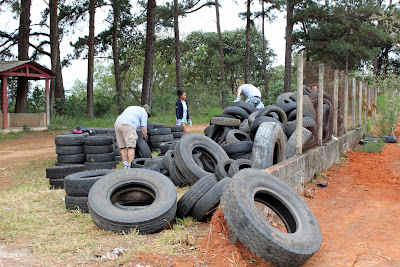 It was a very fun week filled with a lot of dirt, paint, hard work, and laughter. I loved it! We even managed to take some time out to feed the monkeys. 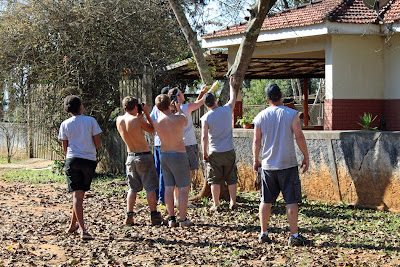 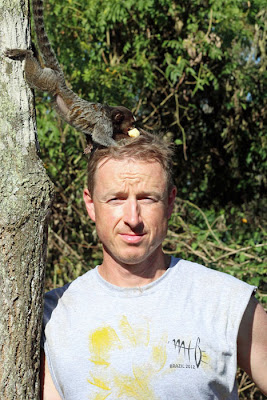 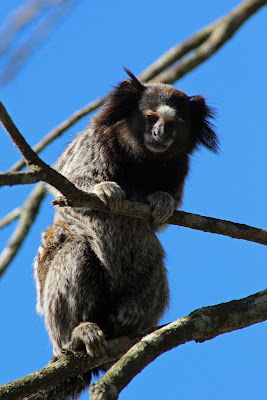 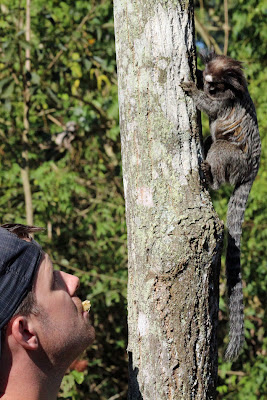 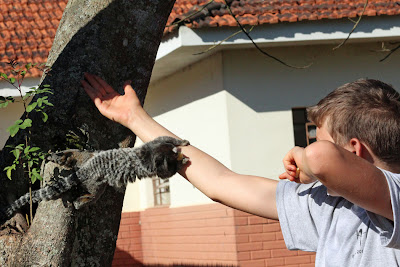 One of the best moments for me was when some of the children came by to check on our progress. Their faces were reward enough! 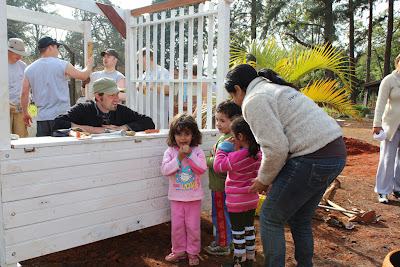 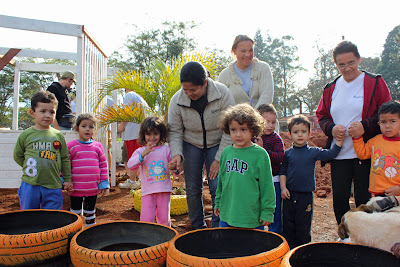 On the Saturday morning, the build was completed with minutes to spare, with the exception of a few finishing touches. There was a small ceremony to open the playground and then the kids were allowed to try it out, while we all took tonnes of pictures. 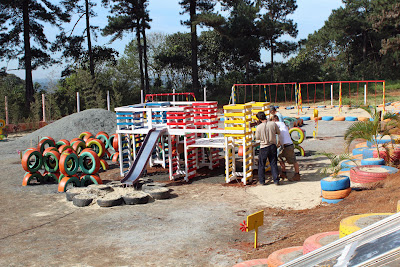 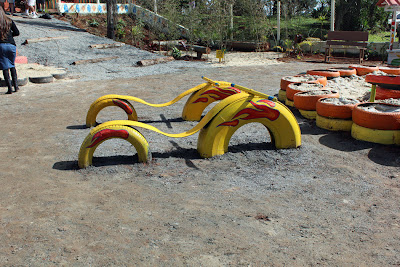 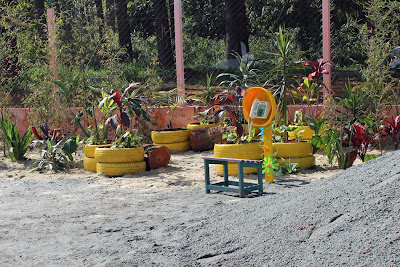 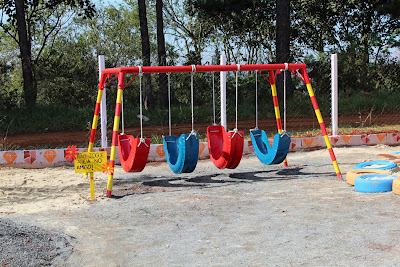 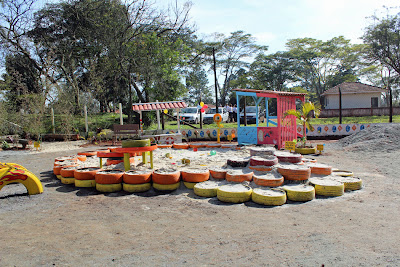 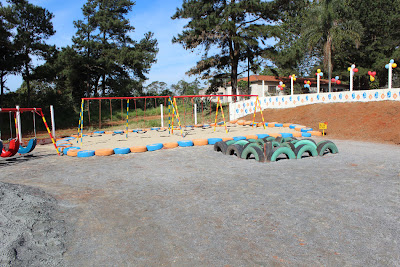 Part of the Labrynth Team 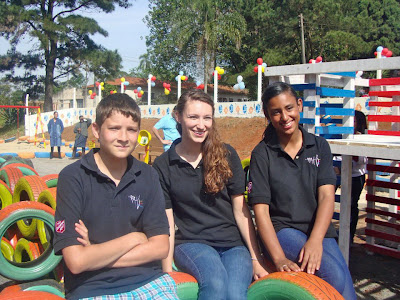 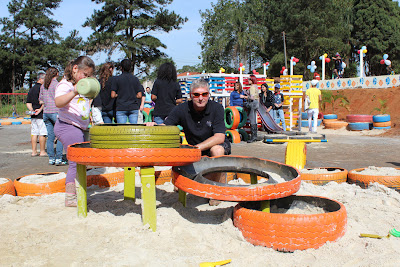 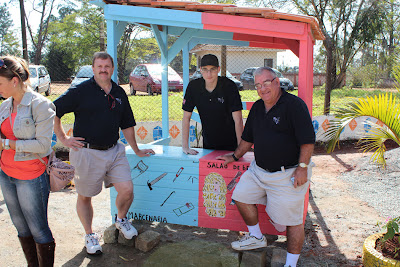 Part of "Team Barb" in the sandpit 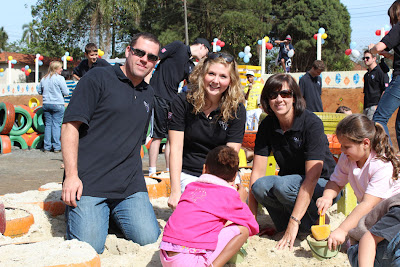 The Clayton Clan - plus my to adopted daughters 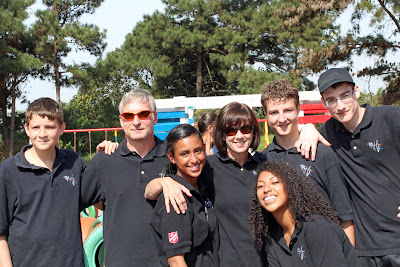 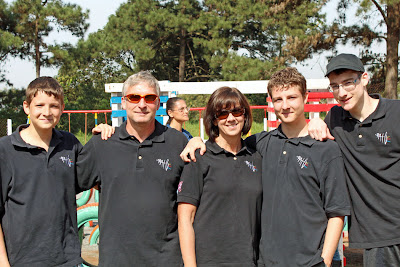 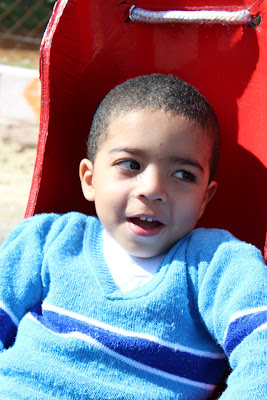 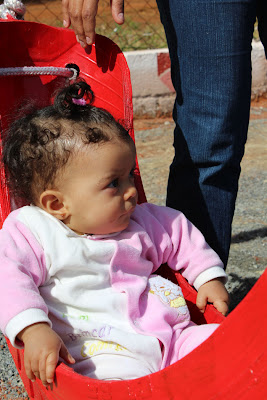 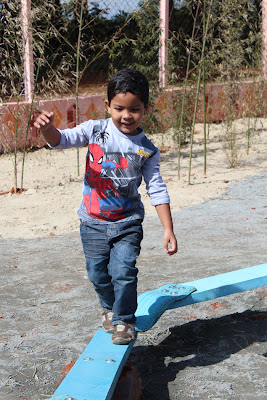 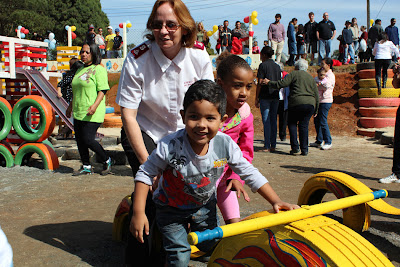 I didn't get pictures of everyone and the projects that they were working on, unfortunately. This is only a very small portion of what went on during the 6-day build, but the pictures of the completed playground show them all: The swing set, the slat house with slide, the hillside slide with stairs, the two gardens, the labrynth, the wolf house, the parmacy house, the hills to play on, the hammock swings, the motorcycles, the balance beams,  and the water/sand table. So much work. What a great team. What a rewarding experience!