On July 5th, we left, with 30 others, on our mission trip to Brazil. It was a mission trip with the Salvation Army Band in Mississauga that we all play in. The trip was a working trip, where we were going to build a playground at a children’s home, combined with a music camp and some concerts.


I was a little apprehensive about it because it was our first mission trip and I didn’t know what to expect. I’m well aware of the challenges of traveling with a large group and the issues that can arise. We were also going to be staying at a camp there – not where tourists would normally stay (with all the little luxuries of a nice resort). We were definitely not traveling as tourists – and this was not going to be a vacation. In spite of all that, we were a little excited about what lay ahead for us – especially Matthew (who said to Cameron as we were leaving “Well, buddy, this is it. We’re really going to Brazil.)


I knew Matt was very excited about the trip and he was well aware of the work that we were going to be doing, but with all the challenges he faces being on the Autism Spectrum, I was a little nervous how well he’d handle the work load, and living with so many people in such close quarters. It can be a challenge for neuro-typical people, but it can be a nightmare for someone like Matthew. As it turned out, I didn’t need to worry. He did amazingly well.


We were the last ones to arrive at the airport (due to some issues with the landscaping at home – but that’s for another post.) When we got there, and finally got checked in and went through security, I finally felt like I was able to take a deep breath, and relax a little. Some of us went off to Casey’s to get some supper and then to kill some time in the shops.  When we were all waiting at the gate, before departure, I looked around and started laughing. Everyone had a screen of some sort in front of them, getting their last internet fix, or texting with people, or checking emails. How sad is that! 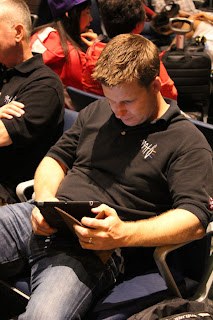 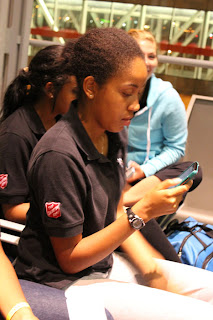 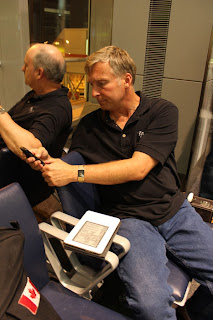 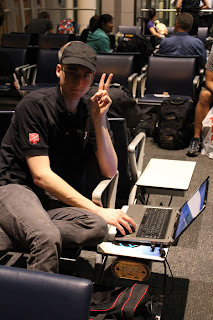 We had time for one final group photo before the plane started boarding. 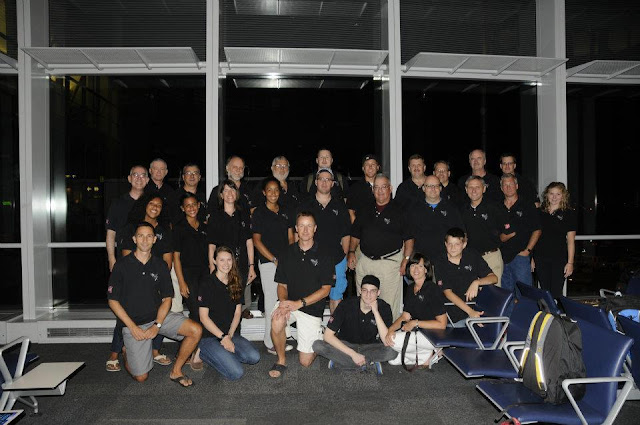 The flight left Toronto at 11:50 p.m. and was a 10-hour flight. Once we were up in the air, we had a meal and then we tried to get some sleep (although not so successfully for most of us.) By the time we landed in Sao Paulo at 11 a.m. (with an hour time change) I was exhausted. I’d be lucky if I slept 3 hours all together.


After doing a lot of waiting at the airport, we finally made our way, by bus, to the camp where we’d be staying, and working.


Once again I didn’t know what to expect, but I was very pleasantly surprised. The camp was very nice and had everything we needed – including wifi!! We stayed in the cabins that were up some steep stairs, and then up a steep hill. All the girls were in one cabin (7 of us) and then the guys were spread over 4 cabins. The cabins consisted of a main room that had a small kitchenette (including a fridge and stove) with four bunks, a bedroom that had two bunks and a single, and a bathroom – yes, one single bathroom and shower for 7 women- but we made it work. Our biggest challenge in the cabins were the hot water system (and lack of hot water) and the electrical outlets that meant that we needed adapters and appliances (read hair appliances) that worked on 220volts. Fortunately, we had one hairdryer in the cabin that worked. 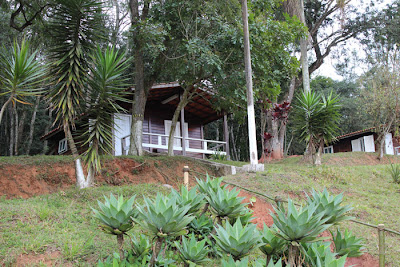 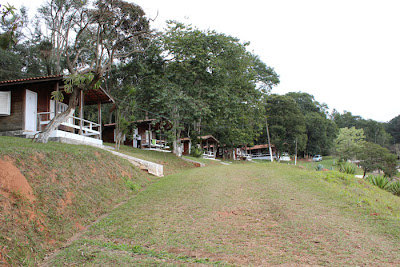 Down the hill was a dining room where we ate all our meals – and they fed us very well!! There was also a chapel, more accommodations (where the campers stayed) and a games room that got a lot of use some evenings. 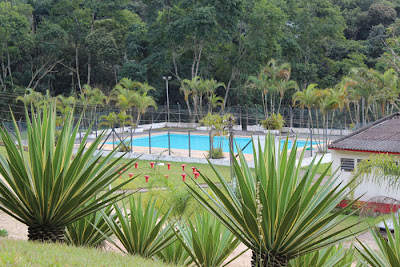 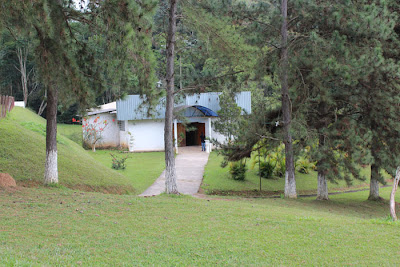 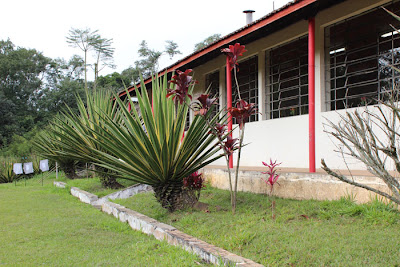 The camp was very nice, and all the people who had to put up with us for 11 days were all so accommodating.