About a week ago a friend from my teenage years started a Facebook group for all of us who hung out together. It has been a real blast from the past and I have looked forward to checking into Facebook several times a day to see who has posted  memories, pictures, and who else has joined the group. This week has reaffirmed to me just what a special thing we had going back then.

We all belonged to the Brampton Salvation Army Church. I don't know how many there were, but I would say that over the years there was probably close to 75 in total. It was a group that was very inclusive. No one, no matter what, was excluded. We did a lot together through the Youth Group, but we also did a lot on our own. When we decided to go to a movie on a Saturday night, everyone would get on the phone and start phoning everyone to let them know. Everyone felt like they belonged.

We did so much together. We were together all the time. There are so many memories that are being shared. We went to Friday night hockey games (every Friday) followed by food at Mothers' Restaurant (remember those?), lots of nights just handing out playing board games, all-nighters in someone's basement (imagine 35 teens spending the night in your basement ... and yet the parents were always so supportive.), many trips for shopping, shows, the Laserium in Toronto, we even went downtown Toronto to watch the opening of the very first Star Wars movie, camping trips, so much time spent at Centre Island, ...so many memories.

I've "borrowed" some of the pictures that have been posted.
This one is from Halloween, 1979 (we think). 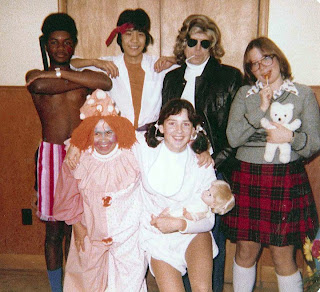 We spent a lot of nights raising money doing Stuff-A-Thons. Companies would give us their flyers or brochures that we would have to collate and then stuff them in the envelopes to be mailed. I hated the task, but I loved just being there with everyone because it was always so much fun. 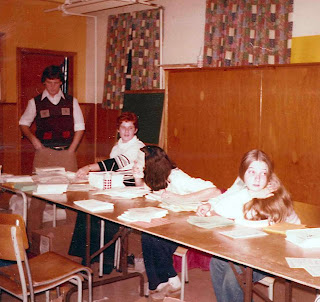 One of the camping trips. 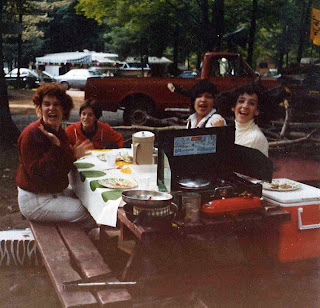 One of our trips to Centre Island. 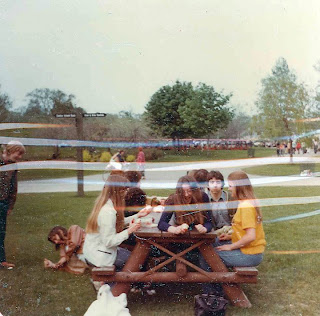 This was taken at one of the Youth Retreats that we went on. They were always so much fun!

One of our favourite places to hang out was an old, run down building that sat on the Church property. It couldn't be used for much, but our parents all got together, along with the kids, and cleaned it up, painted it, donated furniture (including a ping pong table) and it became "The Shack" to us. Our hang-out. 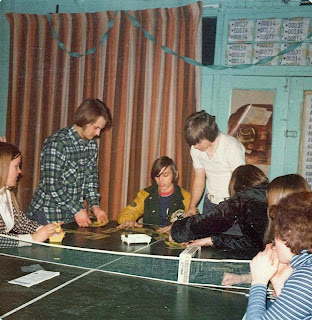 It's been so much fun reliving my teen years, but it's also a little bitter sweet in that I really whish that it was something that my own kids could experience.
Off to check out Facebook!
Posted by Barbara at 9:48 AM