The day we left from the cottage, we made a quick stop at home to dump off a lot of stuff and then to repack the car. Then we jumped back in the car and headed for New York City where we got onboard the Norwegian Dawn cruise ship. We set sail for Bermuda. 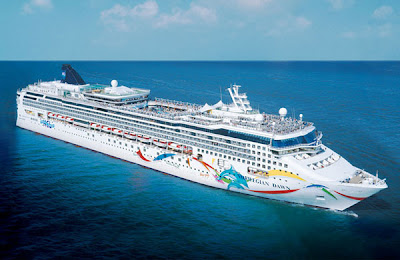 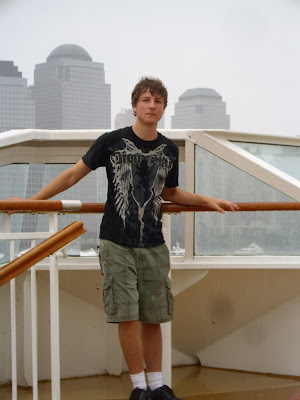 We had never been on a cruise before so we didn't really know what to expect, but I can say that it surpassed all my expectations. We all had such a great time. There was so much to do, or not to do. The food and the entertainment were good. Most nights Matt and Spencer would see the evening entertainment, and then Matt would go out late in the evening to the "night club".
Cameron joined the teen club on the second day, and from that moment on, we hardly saw him at all while we were on the ship. In fact, we had to insist that he join us for dinner and for a couple of the night shows where we had all decided to go together as a family.
We had some rain while we were in Bermuda, but we were still able to get out and see a little bit of the Island. We spent one day touring St. Georges, and another on Horseshoe Bay beach (which was packed due to the fact that it was the biggest local holiday of the year). 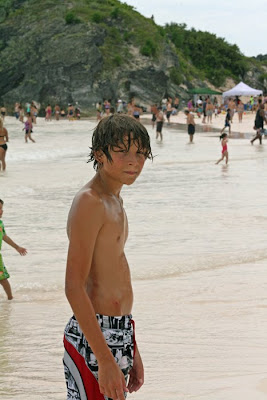 Cameron loved Horsehoe Bay and would have been happy just to stay there for the rest of our vacation.
Matthew became hyper focussed on jelly fish while we were at the beach. At first, it was very painful to watch him, as he was quiet anxious about them and nervous about the fact that the rest of us were swimming. After a while he found some cups and then started catching them. He spent the whole day catching jelly fish and "saving the swimmers from being stung." Once he had a mission, he was less anxious, but still hyper focussed. I snapped this picture of him. He was so focussed on the jelly fish that he never noticed all the young, pretty, bikini-clad girls all around him. Too funny! 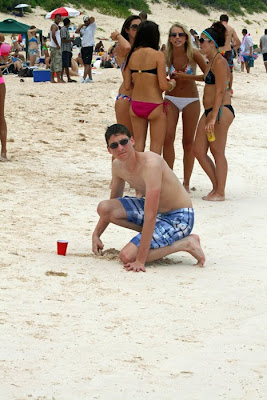 The trip was an amazing one. I found myself coming home very relaxed. It was so nice to have a week where I didn't have to worry about a thing. All we had to do was show up for meals when we wanted to. I can't wait to go again!
The Header picture was taken on the ship as were these two pictures: 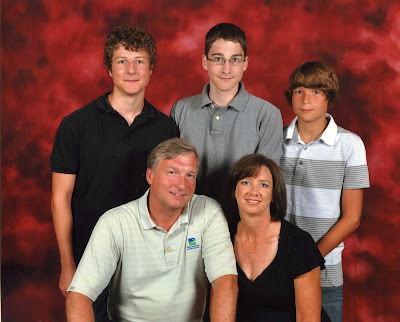 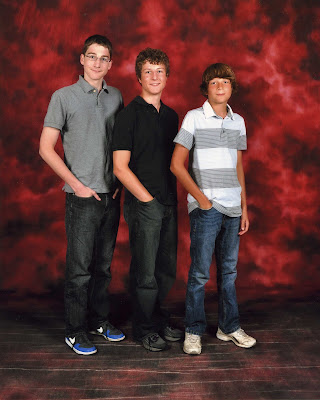