What is a visit to Nova Scotia without a visit to Peggy's cove and Lunenburg? We spent the morning and early afternoon in Lunenburg, walking the town, browsing in the shops, eating along the waterfront, and best of all, exploring the Bluenose. Gorgeous! It was such a pretty spot, but getting to see the Bluenose was the highlight. While we were eating lunch we even got to see her sail out into the harbour and put up her sails. 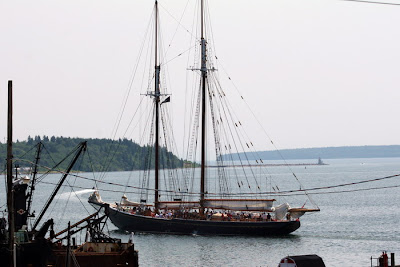 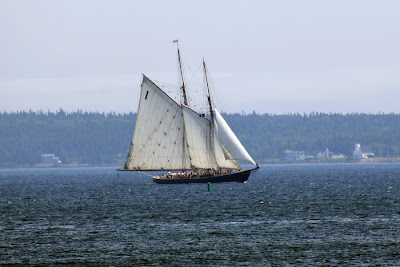 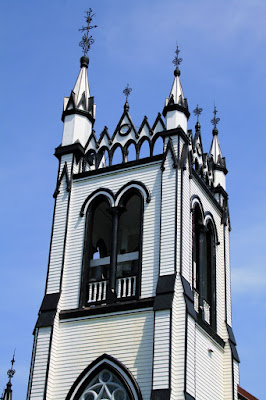 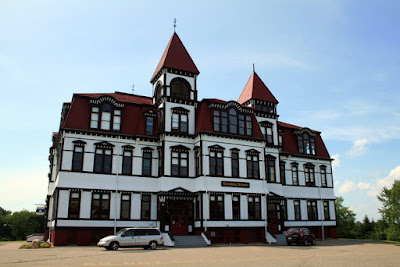 After that we took a nice scenic drive to Peggy's Cove. We stopped at the memorial for the Swiss Air Flight 111 crash that happened in 1998 just off the coast. It was very moving and very somber to stand along the rugged coast and look out into the horizon to where the plane fell out of the sky, killing everyone onboard.
Peggy's Cove was spectacular. We all enjoyed the lighthouse and the rugged coast. The boys spent a long time climbing around on the rocks and getting a little too close to the water for my liking. I took my camera and walked over to the little fishing village and enjoyed just snapping away. It really was very tranquil. 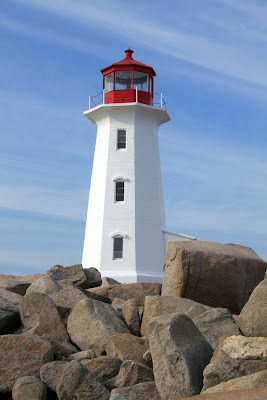 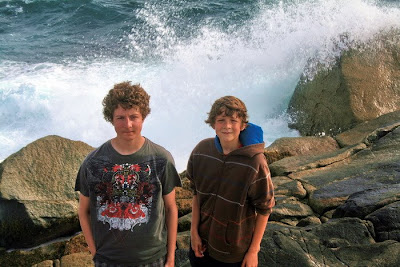 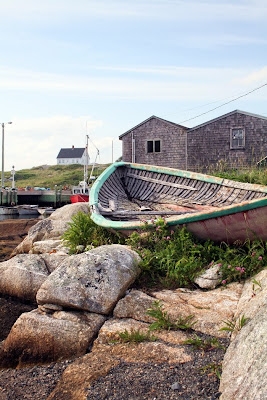 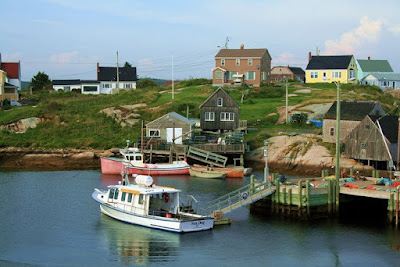 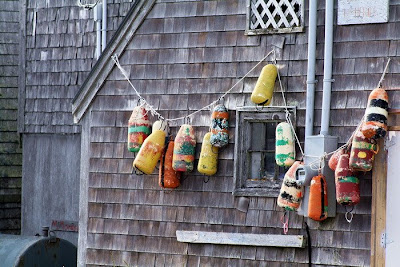