I've always wanted to see them. Fortunately enough, when we arrived in Cape Breton we found out that they would be in Sydney that weekend. After leaving the cottage, we made a stop for a night in Sydney. Not long after we checked into the hotel, the tall ships arrived just a couple of minutes walk down the road. By that time it was raining and dark, so we listened to the canons and fireworks go off from our room. The next morning we went to see them.
There were about 8 of them and they were beautiful. One of them was even from Barbados and was flying a Barbados flag which the boys took great pleasure in claiming that one as their own (we lived in Barbados for 5 years ... which is where Cameron was born so he likes to think of himself as being Barbadian.)
It was a cool stop for us. I think out of everyone, Matt enjoyed them the most and spent a lot of time taking pictures of all the little details on the boats.
Here's a few of my own pics: 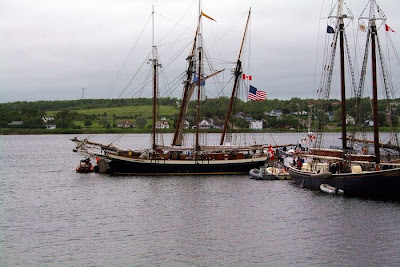 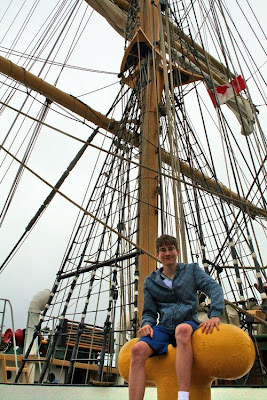 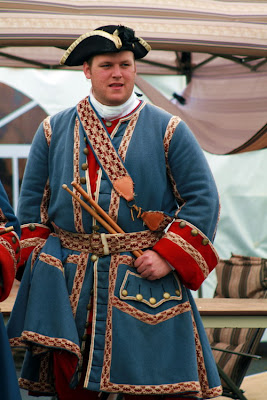 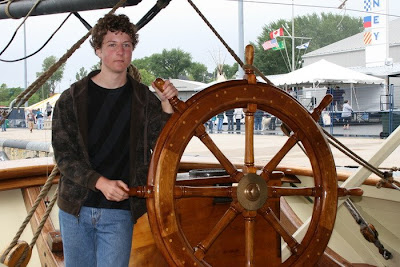 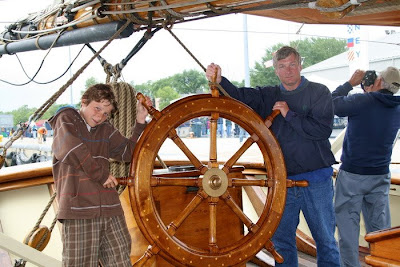