We spent four nights on Cape Breton Island. Three of the nights we stayed on the west side of the Island, about half way up, in a place called Inverness. We had a two-bedroom cottage in a cottage resort. The resort was on a beautiful stretch of beach which seemed to go on forever. 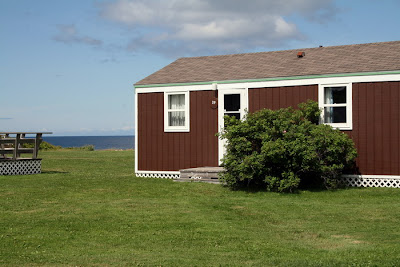 Cameron was quite happy because he was able to fish when we weren't out doing other things. 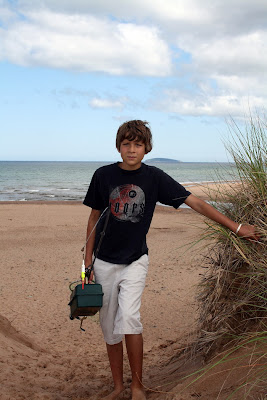 While we were there we had to go out on a whale-watching trip. We went out on a zodiac type boat which made for a very fun trip out and back. Even if we hadn't seen any whales, we would have still enjoyed the trip. 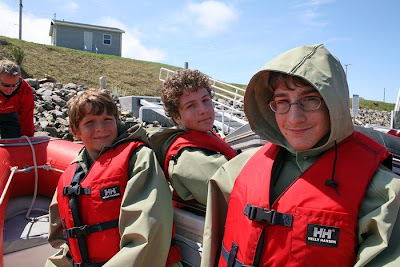 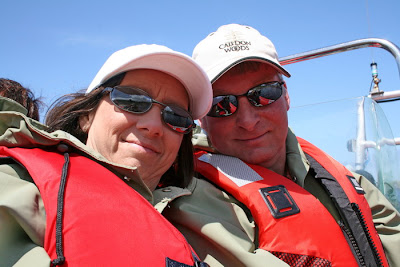 Fortunately, we saw a lot of Pilot Whales. The last time we went whale watching there we saw only a couple of whales, but they were much bigger. This time we saw the smaller Pilot Whales and they were swimming all around us and very close to the boat. It was so much fun to watch them play in the surf. 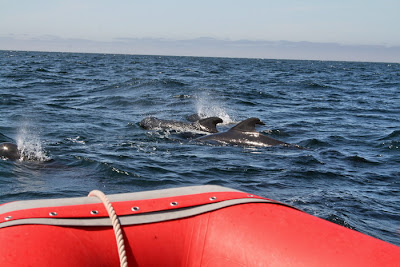 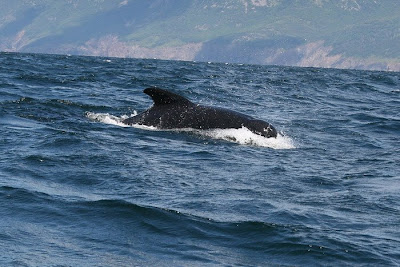 We also drove the Calbot Trail. It was just as breathtaking this time as it was a few years ago when we drove it. There's a reason why it's known as one of Canada's most spectacular drives. 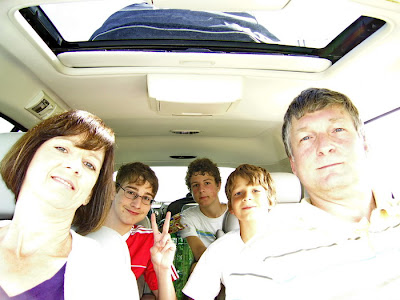 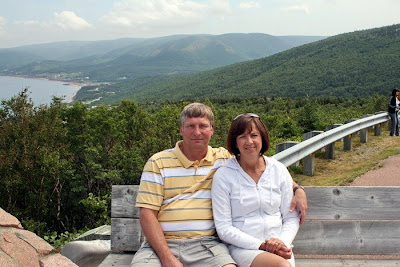 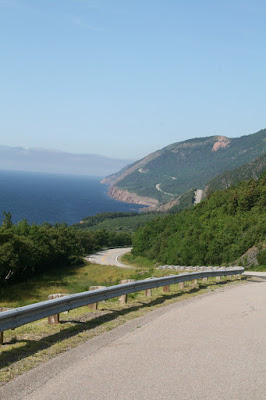 The night before leaving the cottages we got to enjoy a beautiful sunset. It was a difficult place to leave. 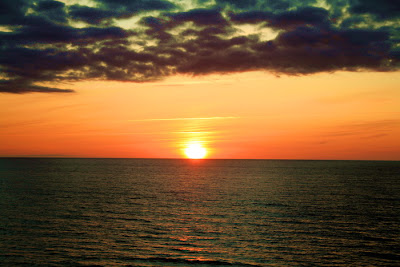