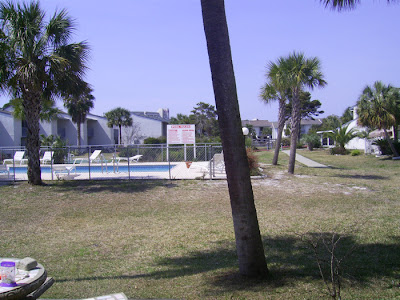 We arrived in Florida on Friday morning around 11 a.m. Eastern Standard time. We made really good time driving considering we were about two hours late leaving. The boys were so quiet all the way down. I don't think we had one fight in the car. Wow! Hopefully we'll have the same on the way home.
We've had great weather so far. It's been in the mid to upper 70s during the day ... and sunny. We've been to the beach twice and already been shopping ... more than twice. Yesterday I got a little red so we decided to take a break from the beach today. The boys have been itching to go go-carting so we did. They love this go-carting place so we end up going there every time we come here. 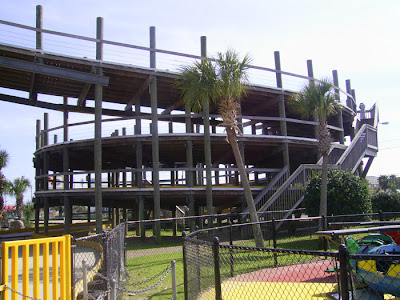 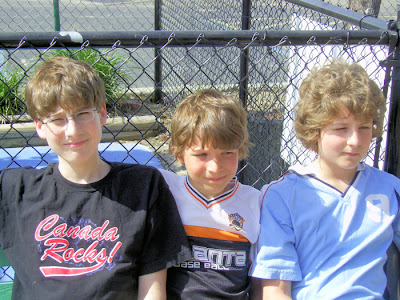 When we arrived, Cameron went in the front door, after saying hello to his Grandparents, and went out the back door. We've hardly seen him at all except when he comes back to show us the latest critter he has found. He met a little friend who is just like him, so the two of them are enjoying exploring together. Matthew and Spencer are enjoying their video games. John and I are threatening to leave them home next time since they don't even seem to be enjoying their surroundings. They tell us they are, but it doesn't seem so. I don't know, maybe the video games work better here than they do at home. Maybe the screen looks better. Maybe the warmer weather makes their fingers more nimble. Whatever it is, I think we will need to have them surgically removed when the March Break is over.
Posted by Barbara at 6:44 PM