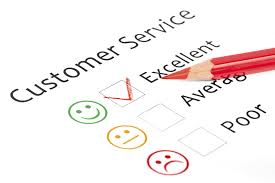 Have you ever had really great customer service ... you know the kind ... when after you leave the store, you know that you will only shop at that store from now on?  Yesterday was that kind of experience for me.

A couple of weeks ago, John and I were in Future Shop in the next town over. We just happened to be in that neck of the woods and wanted to look at appliances so we stopped in. While we were there, we were talking to the cell phone people about iphones/plans etc. Matt has been asking for one for his birthday/Christmas. - however, the iPhone 6 was waaaaay out of the budget. They showed us the 5C that we could get on one of the cheaper companies for$189 on a two month contract.  That worked for us, but we didn't know what colour, so we thought we would talk to him about it, so we left.

Fast forward to yesterday. Future Shop was having a one-day VIP event. Jay, from the Future Shop one town over, called me and told me that they were having this sale, and I could get the iPhone we ere looking at for $129. Wow! What a great deal. So, I hopped in the car and drove over.

Jay hooked me up with the phone, the plan, and threw in a $50 Future Shop gift card. At that moment I was feeling like the best mom ever! - getting Matt what he was wanting ... and getting it for an unbelievable price! Then came the first glitch - the future activation (since it was going to be a Christmas present and I didn't want to pay to have it activated until Christmas) wasn't functioning on the carrier's website. I said that we could go ahead and activate now, since it was still a good deal. Jay threw in another $25 GC for Future Shop.

Then... we got to the end of the process, and when we were checking out, the carrier's website crashed! (at this point in I'd been there for about 30 mins.) While Jay was trying to get through to them on the phone, he started putting it through again to try and make it faster.  Once again, we got to the check-out point, and the site crashed - AGAIN!

Trying to complete the sale, and get me out faster (at this point I was late for a Christmas Party) he decided to try a different carrier that had the same deal, and the same plans.  Great. During the process this time, the phone actually came down in price on the computer to $90.  Nice piece of luck for me! Once again, we got to the end of the process, and this time, the Future Shop terminal he was working on crashed! No Way!! Poor Jay was getting pretty frustrated by this point.  He called over the manager to do something with the computer, and then we tried a fourth time.

Guess what! It crashed a fourth time!! By this time, I was an hour late for the Christmas Party. Jay called the manager over. They told me they would keep everything aside for me while they worked out the computer issues and I could come back in and they would honor the same price for the phone ($90) and throw in another $100 Future Shop GC for my troubles.

I went off to the Christmas party. About an hour later, Jay called me to tell me that the problems were rectified and that I could come back in anytime to pick up the phone. He verified with me that the iPhone 5C would be $90 and I would also get a total of $175 in Future Shop Gift Cards. In essence, they are paying me to get a new iPhone!

I came away feeling totally satisfied with my experience. There were a series of problems that were not the fault of Future Shop (well, except their computer terminal crashing) but their main focus was to make sure I was happy. They took more than their share of responsibility, and they gained a life-long customer.

If you're ever wanted to purchase something from Future Shop, I highly recommend the Future Shop in Burlington, Ontario - on Guelph Line just north of the QEW! If you're looking for a new phone, go see Jay. You won't be disappointed!