I'm not sure how much exciting stuff I'll have for this post, but here it goes:
This week on the Use Your Stuff, the challenge was to use flags.   I just love this new collection from Pebbles - Lakeside. It's so much fun, and the perfect collection for a Canadian summer! 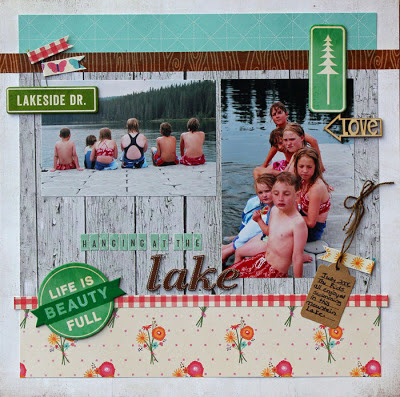 Hope you all have a good weekend!
Posted by Barbara at 9:31 AM