By the time we got to Messina, we were so done with having "Fun Days at Sea" and really looking forward to time in port again. I have to admit that when we were first planning our cruise and excursions, Messina was the one port that I figured would be my least favourite. Boy, was I wrong!

Once again, we pulled into the port early morning and met up with our small tour group at 8 a.m. Our excursion was called "In the Godfather's Footsteps." We would tour some of the places where the movie was filmed.

The weather was beautiful. Sunny and warm! Our driver's name was Sebastian. First he drove us towards the beautiful hillside town of Sovoca. Here, we stopped at the at the famous corner bar Vitelli that was used in the movie. Then we walked through some of the  streets to the Church of St. Lucy where Apollonia and Michael’s wedding was shot. Besides the fact that this village was made famous by the movie, it was so picturesque and quaint and like taking a step back in time.  I didn't want to leave there.
Vitelli's Bar 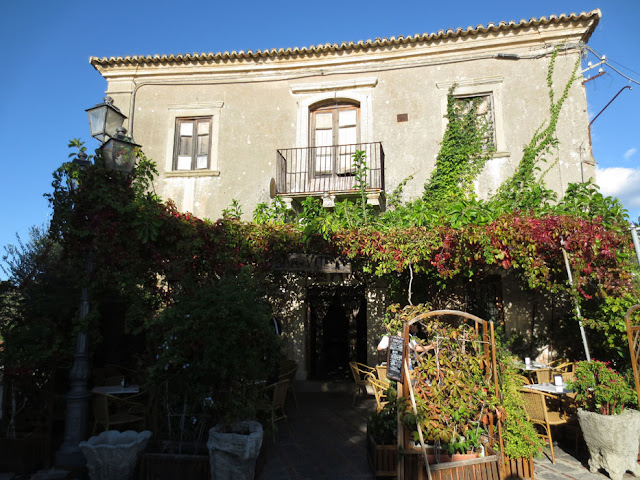 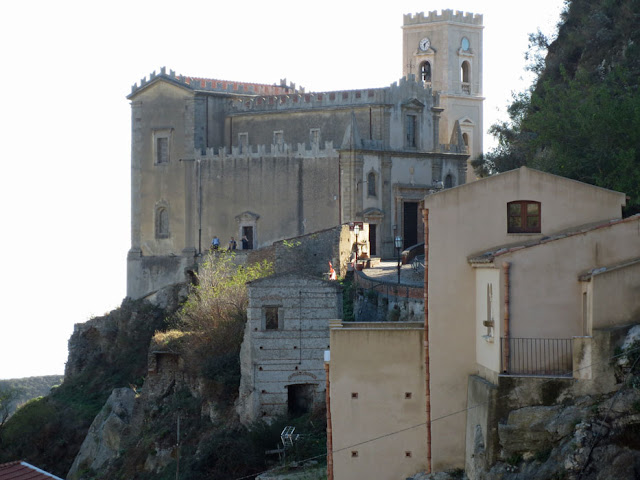 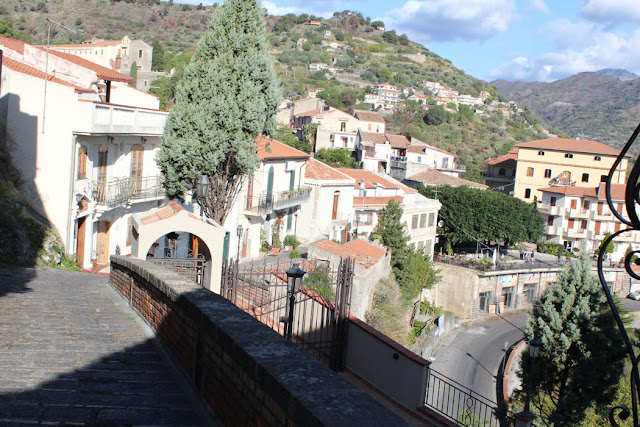 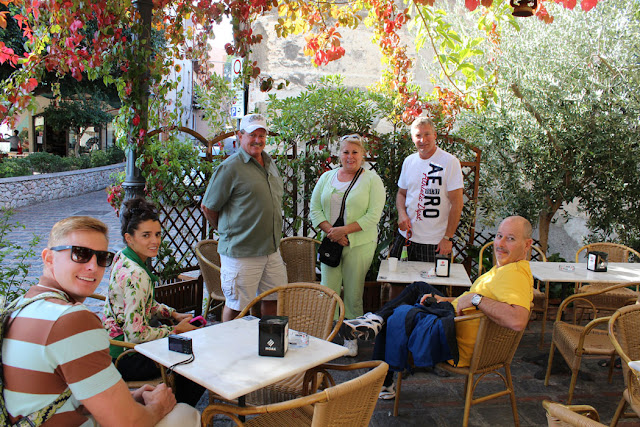 From there Sebastian took us up to a great look-out spot that overlooked the town of Taormina. It was spectular. 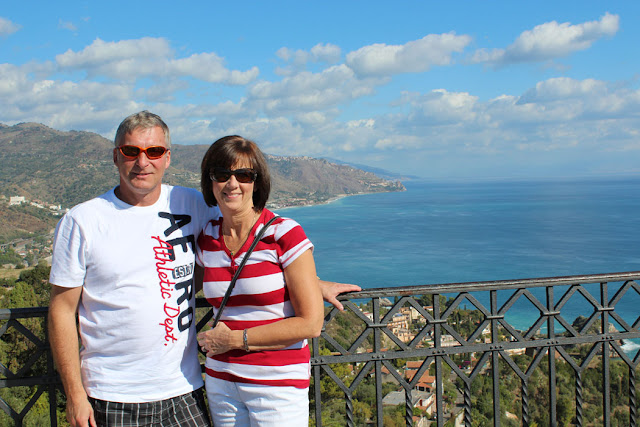 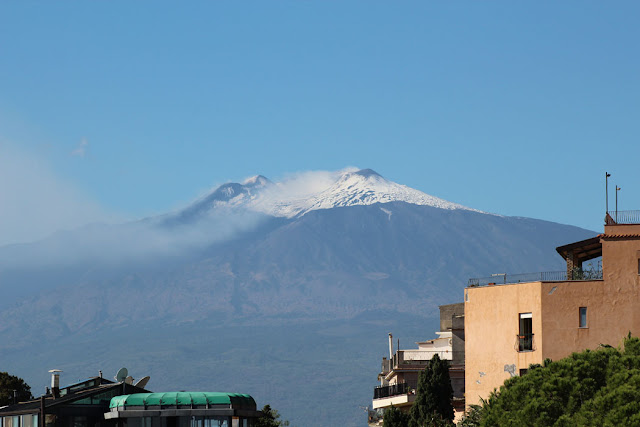 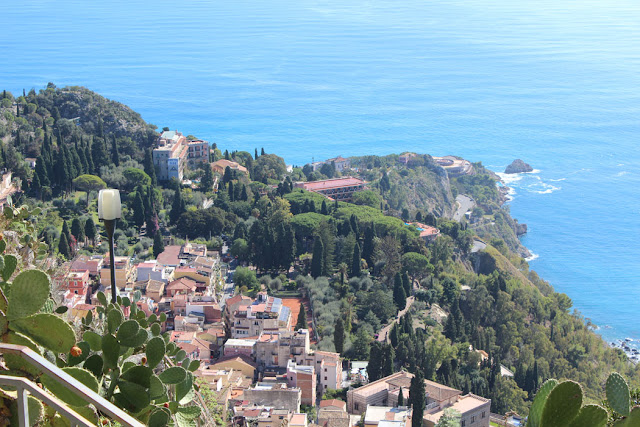 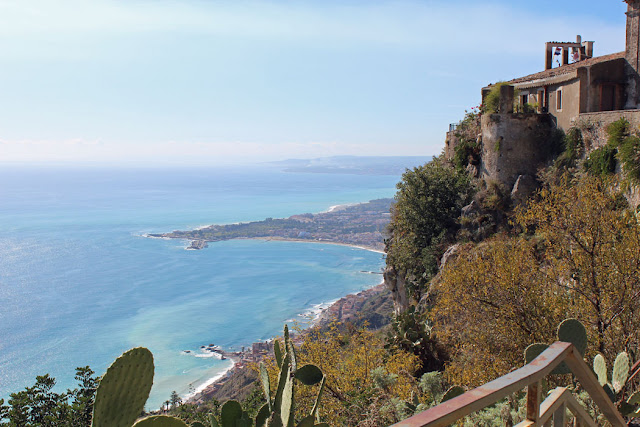 After that we went down into the town of Taormina where we had  about three hours to do some shopping and exploring.  We walked the main street and stopped for canolis. Then we made our way through town to the ruins of an old Greek Theatre. Exploring the ruins was amazing, not to mention the breathtaking views. 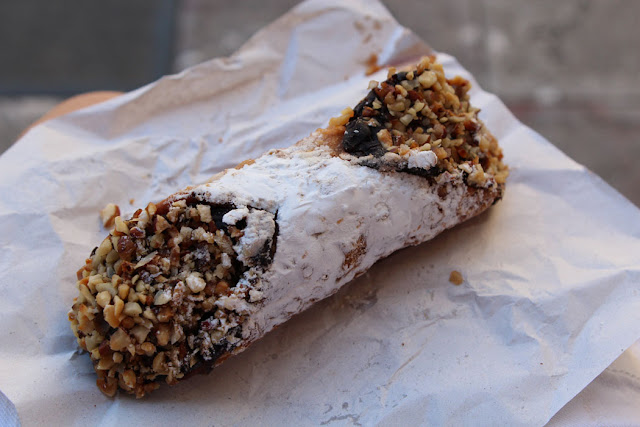 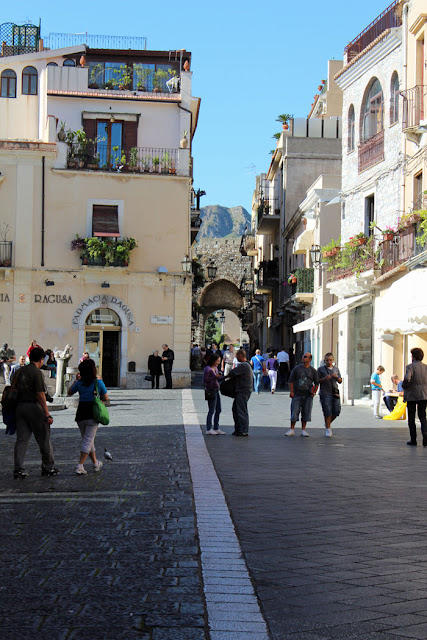 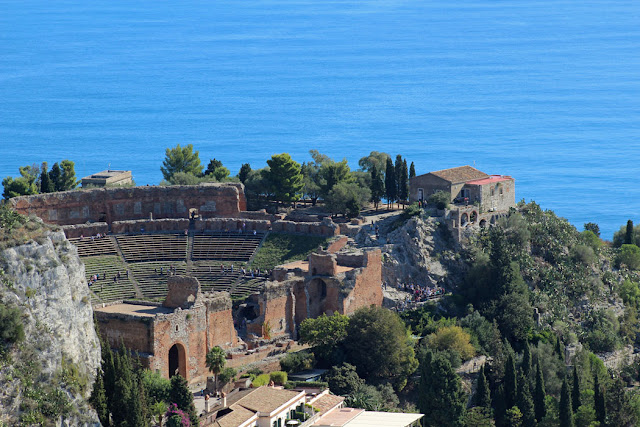 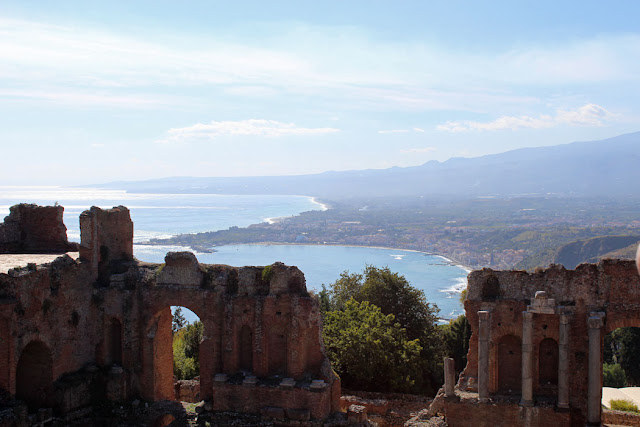 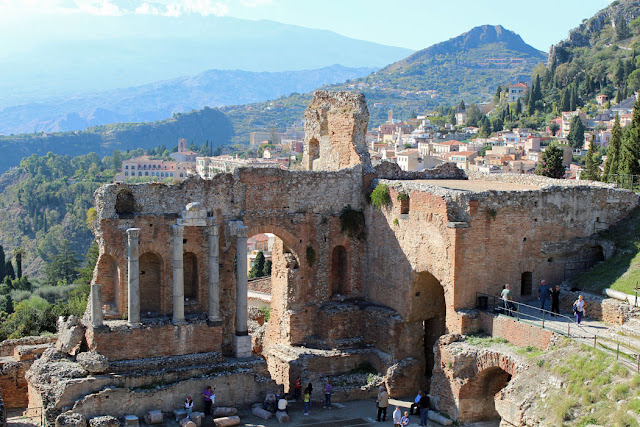 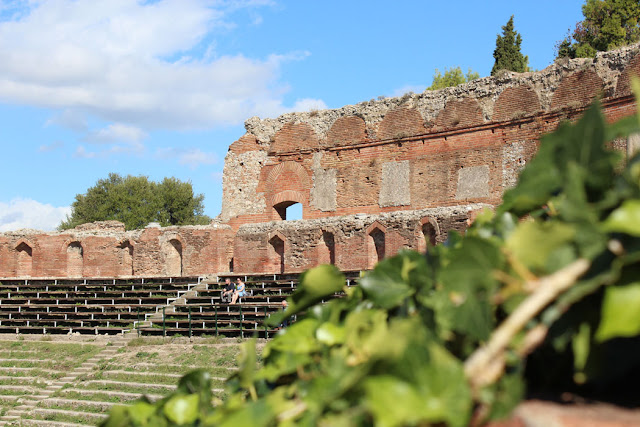 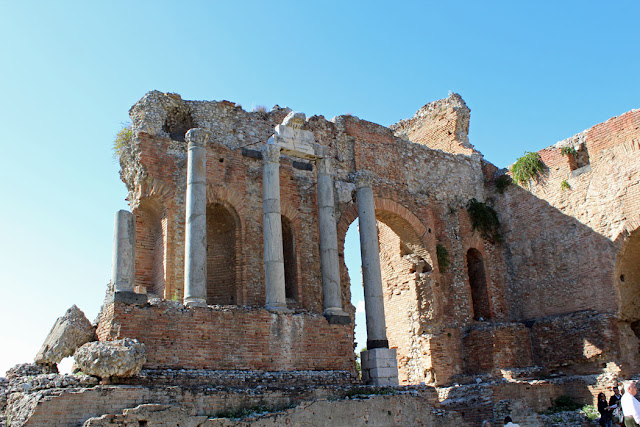 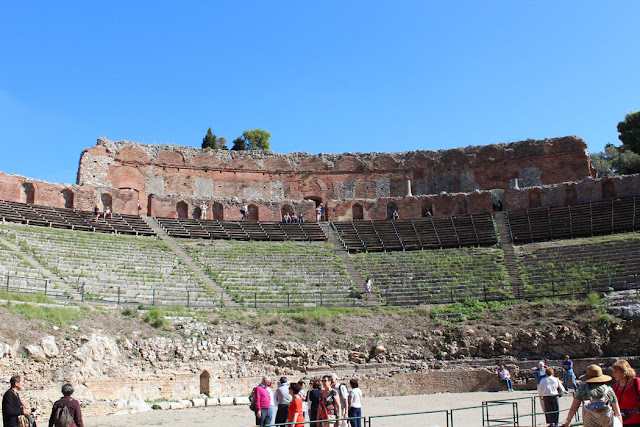 I would have to say that this was my favourite port of the trip. I'm so glad this stop was reinstated.