The next day we were in Naples, one that I was really looking forward to. I was happy to see that it was another warm and sunny day.
Once again we met up with our small tour group and our driver/guide. I don't remember our driver's name, but he was an older man who didn't have a lot nice to say about his wife ... or women in general. Nice! However, I positioned myself in the back of the van so I couldn't hear a lot of what he was saying, and enjoyed chatting with another one of the ladies. 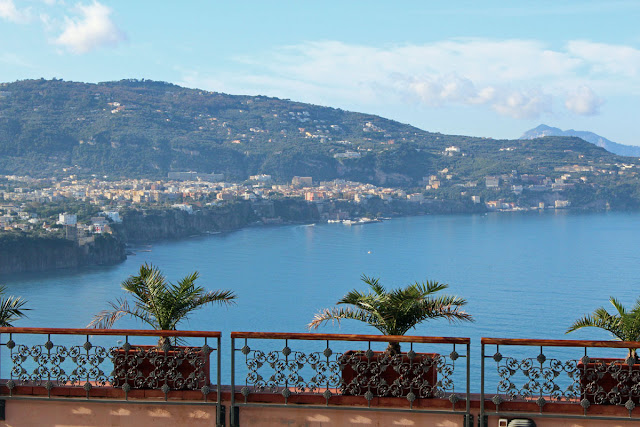 We drove along the coast towards the small town of Positano. I'd heard how beautiful the Amalfi Coast was so I was pretty excited. It was a gorgeous drive. Apparently our driver was in a hurry to get to Positano because we made only three photo stops along the way ... and even those he was rushing us to get back into the van. Still, the views were gorgeous! 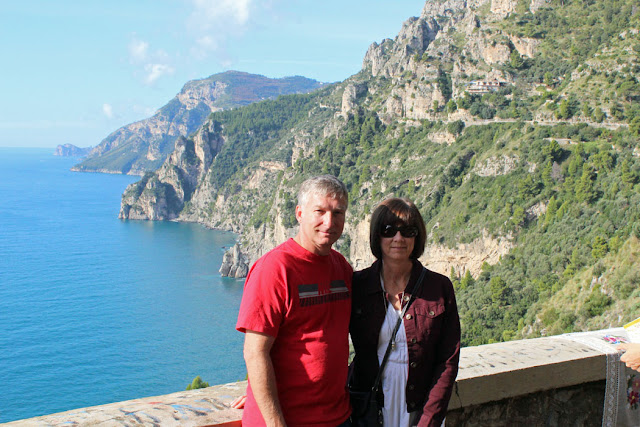 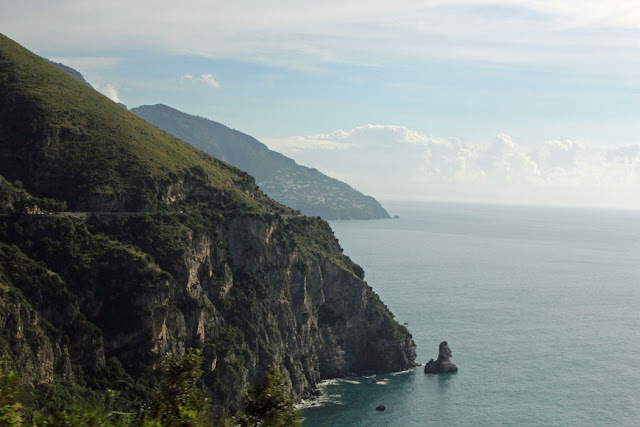 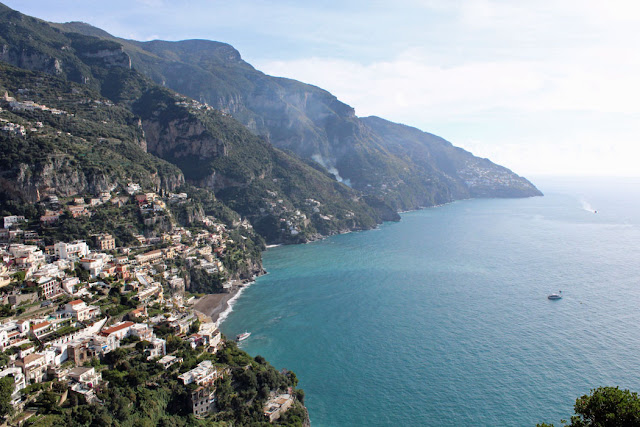 When we made it to Positano, I was in love! What a gorgeous place. Our driver told us that most Italians avoid it, and don't go there too often because there's only one way in, and one way out ... and it gets very clogged with traffic. We were there at the end of the season, and it was still pretty congested.
Once we made it into Positano, we had about an hour and a half to walk around the streets, browse the shops, and climb down to the beach. I would have loved to spend the entire day there, but we had other places to see. 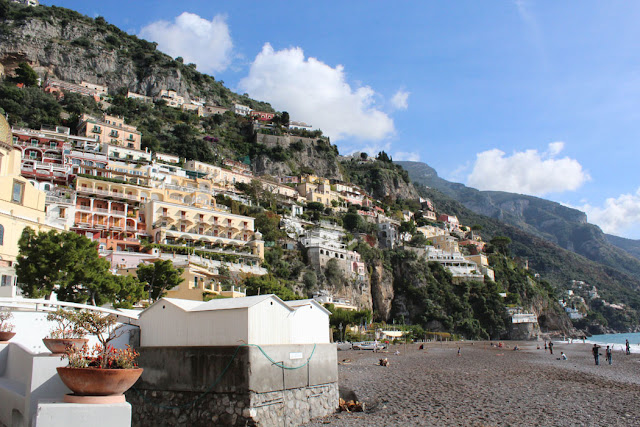 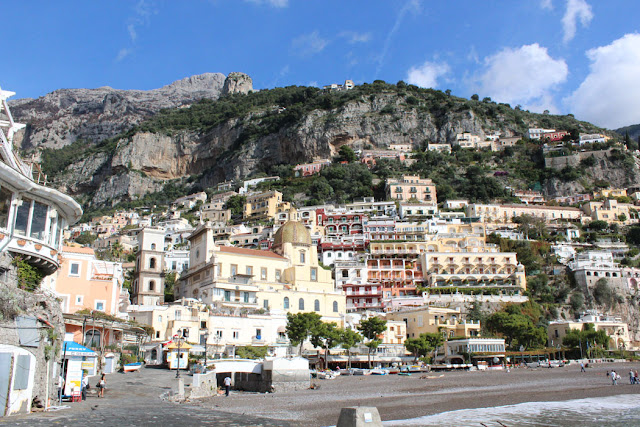 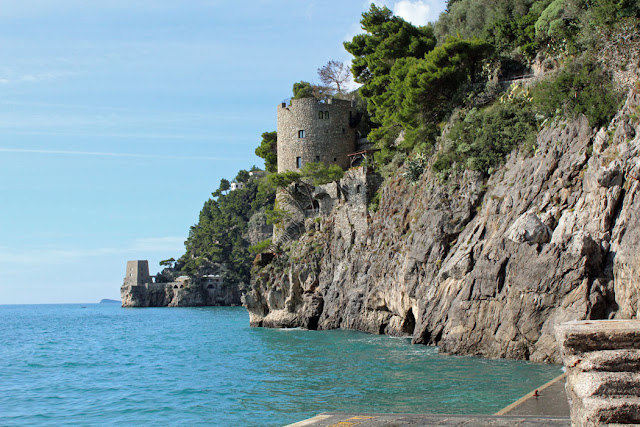 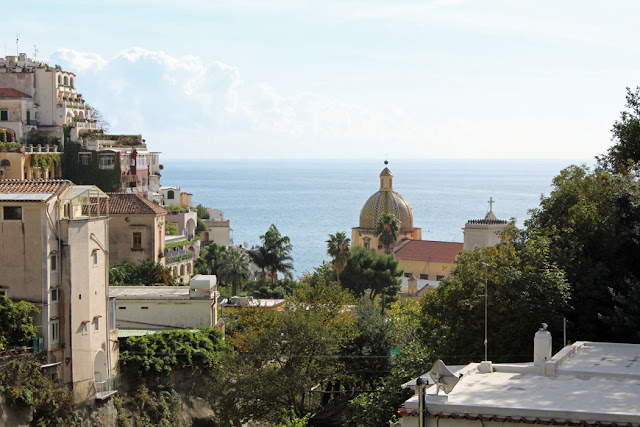 From there we travelled back along the winding roads of the coast to Sorrento, another smallish town along the coast. Here we had a couple of hours to have some lunch and shop. John was dying to have some good Italian pizza so we found a little pizza restaurant in the main square. He found the pizza a little disappointing. I had a calzonne - too, a little disappointing.
We found that we were just killing time after lunch waiting to meet up with the group again. We shopped a little, but most of the stores were the typical tourist type places. After the fact, we would have perferred to skip Sorrento and spend more time in Positano.

Our final stop for the day was Pompeii.
From Wikitravel.com:


Romans took control of Pompeii around 200 BC. On August 24, 79 AD, Vesuvius erupted, burying the nearby town of Pompeii in ash and soot, killing 20,000 people, and preserving the city in its state from that fateful day. Pompeii is an excavation (It: scavi) site and outdoor museum of the ancient Roman settlement. This site is considered to be one of the few sites where an ancient city has been preserved in detail - everything from jars and tables to paintings and people was frozen in time, yielding, together with neighbouring Herculaneum which suffered the same fate, an unprecedented opportunity to see how the people lived two thousand years ago.

Pompeii was amazing!!! It's hard to put into words what I felt as we walked through the ancient city with Mount Vesuvius looming  in the distance. We had hired a guide, who met us there. She was fantastic, and so knowledgable about Pompeii. It was so cool to walk through and see this city that was wiped out in a flash, but everything preserved in so much detail, right down to the expression on the faces of the people. (there were only 5 "people" still there ... most of the bodies are in museums and such). 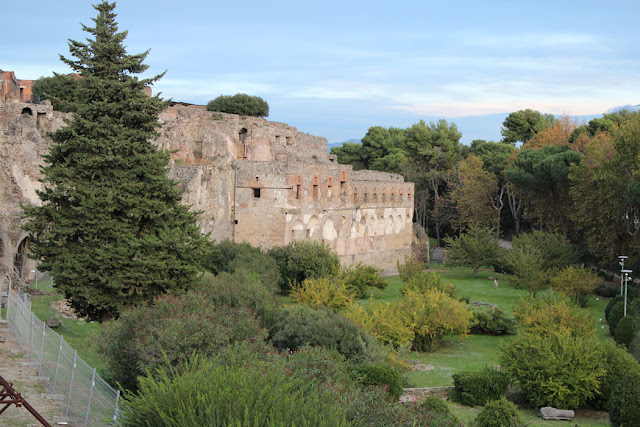 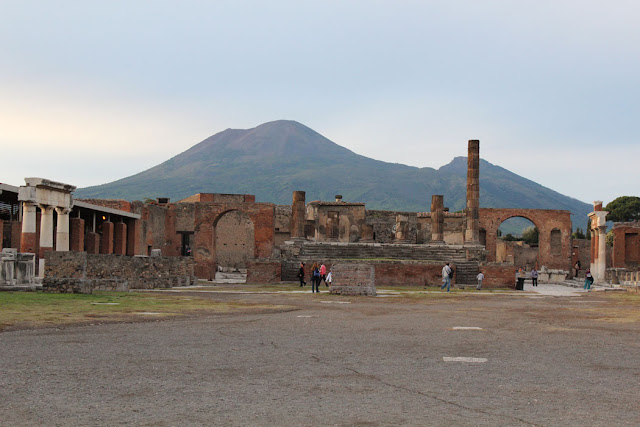 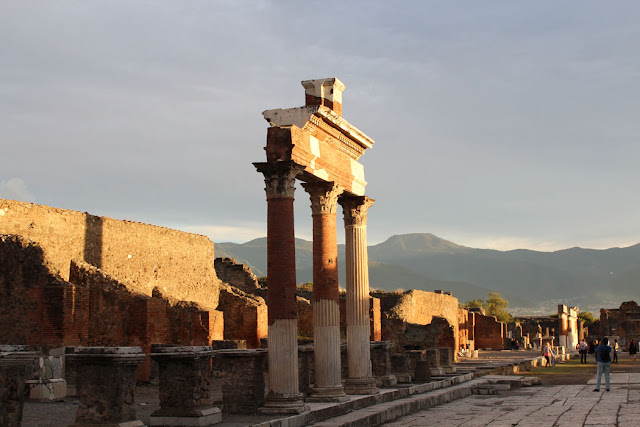 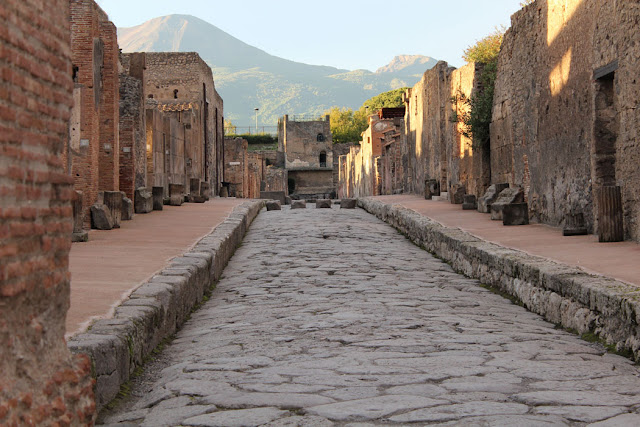 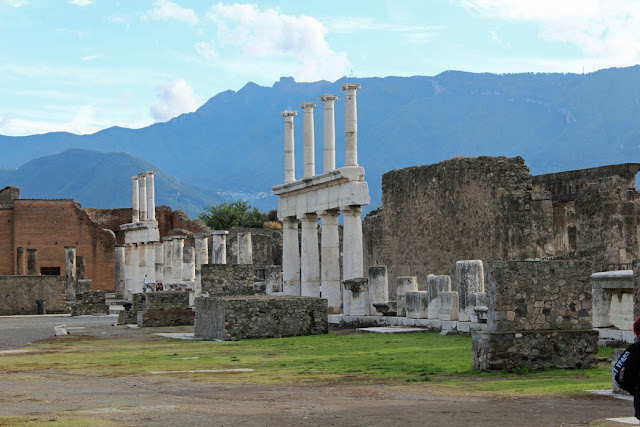 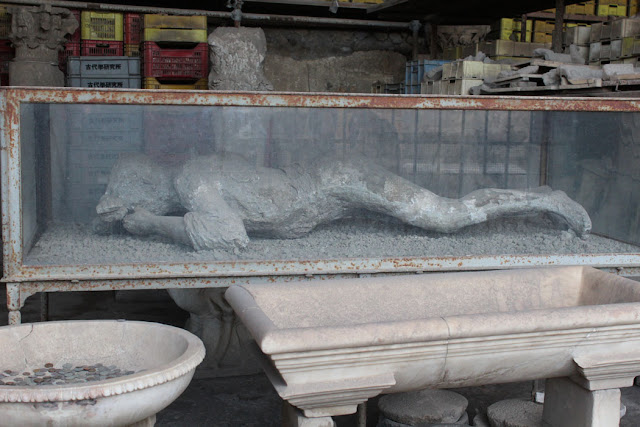 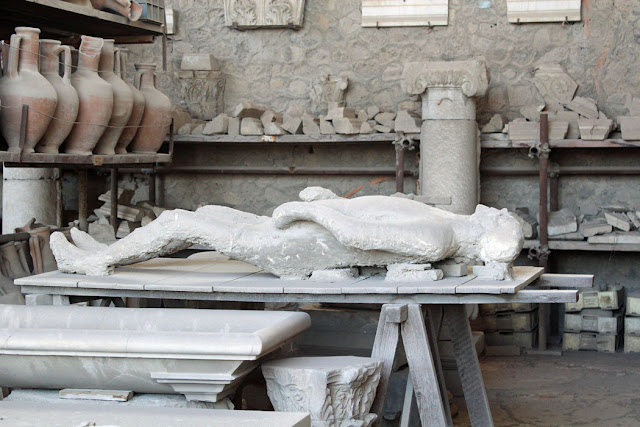 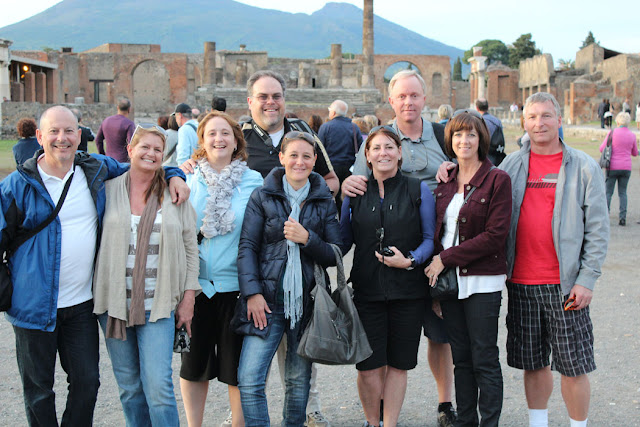 Pompeii was definitely a highlight of the whole trip.
Posted by Barbara at 10:50 AM