That's All She Wrote

I can't believe that the summer is coming to a close.  I know, I know. Summer doesn't officially end until September 22nd, and it looks like the summer weather is far from ending for us, but the Labour Day weekend always feels like the end of the season.

I had to pack up and come down from the trailer on Saturday as the National Music Camp programme was on Saturday night in Toronto. The camp was another great one and Spencer had a great time. The bands were amazing and he said that "A Band" was the best that he's played in so far. They certainly sounded amazing!

After the programme, Katie (Spencer's girlfriend) came home with us and stayed over night. They were both exhausted after camp.

Sunday, we decided to drive to Niagara Falls for the afternoon and evening. What should have been an hour drive was an hour and a half both ways because of all the traffic. Apparently we weren't the only ones who had that idea. It was packed full of people. Still, it was a fun day - although I wish Matt was able to come with us (working nights on the weekends really sucks!). We walked the Falls from one end to the other, and went for dinner at the Hard Rock Cafe. After dinner we tried to walk up Clifton Hill, but it was so crowded you could hardly move. We stayed just long enough to ride the Sky Wheel.

Our plan was to stay for the fireworks before heading back home. Unfortunately, atfter about 4 or 5 bursts, the cancelled the fireworks because of wind. It was very disappointing.

It was still a perfect way to end our summer. 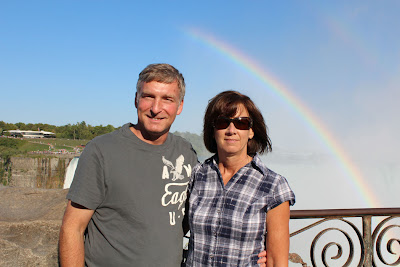 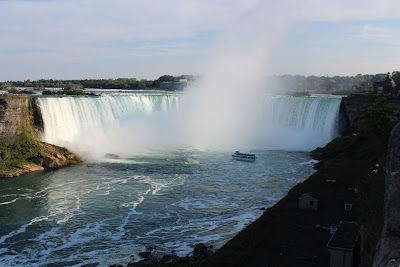 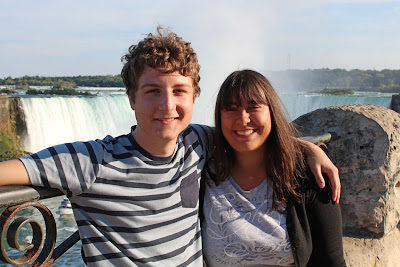 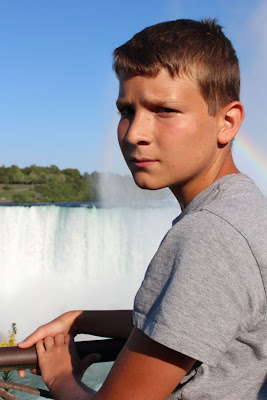 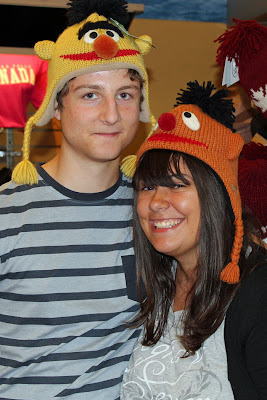