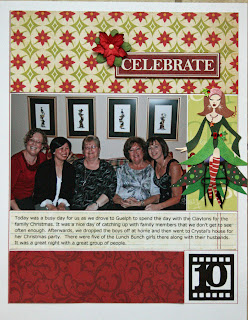 Today was a busy day for us as we drove to Guelph to spend the day with the Claytons for the family Christmas. It was a nice day of catching up with family members that we don't get to see often enough. Afterwards, we dropped the boys off at home and then went to Crystal's house for her Christmas party. There were five of the Lunch Bunch girls there along with their husbands. It was a great night with a great group of people.
December 11th 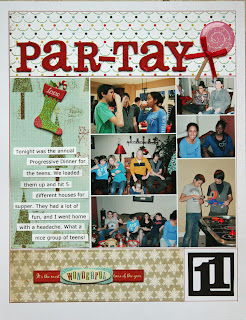 Tonight was the annual Progressive Dinner for the teens. We loaded them up and hit 5 different houses for supper. They had a lot of fun, and I went home with a headache. What a great group of teens.
December 12 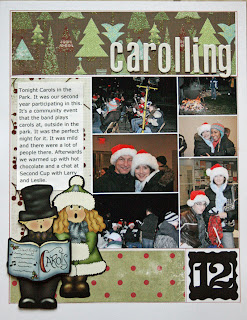 Tonight was Carols in the Park. It was our second year participating in this. It's a community event that the band plays carols at, outside in the park. It was the perfect night for it. It was mild and there were a lot of people there. Afterwards we warmed up with hot chocolate and a chat at Second Cup with Larry and Leslie.
Posted by Barbara at 3:43 PM