I know I already Facebooked it, but this is definately blog worthy.
As some of you already know, Spencer had the chance to go to California to play in the Salvation Army band in the Rose Bowl parade. He left on December 27th with 7 others from Toronto.
He was so excited to go, and we were so excited for him. Heather snapped this picture of the three of us at the airport when we were dropping him off. 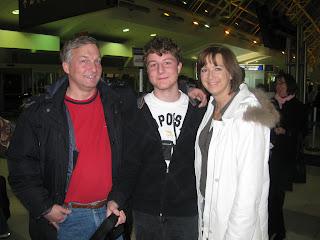 We set out alarms on New Years Day, even though we were up into the wee hours of the morning.
The parade started at 11 and at 12:07, the band passed by the cameras. John spotted Spencer, and then just like that, they were gone.
This is the NBC coverage and you can see Spencer at 36 seconds in the top right of the screen.
What a great experience for him. He's a fairly quiet guy, but he was chatting all the way home from the airport about his trip.

I didn't get too many details out of him, but I've seen a few pictures on Facebook from some others who were there. I'm so happy to get these little glimpses into his trip, because he didn't take a camera.

The first picture is the group from Toronto that went together in their parade tunics. I'm not sure where the other two pictures were taken. 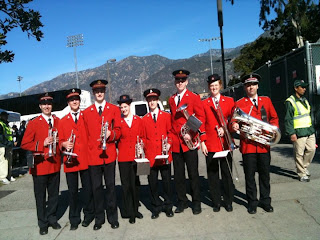 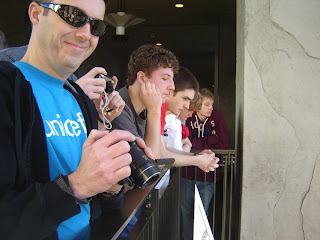 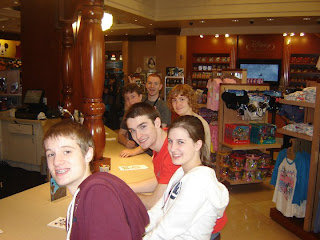