I feel like I've barely had anytime to just stop and breath in the last couple of weeks. Last week was the worst for just going on auto pilot.

Here's a glimps of my last week:

Monday
-John, Matt and Cameron were all home sick with the flu
-Matt had an appointment that he wanted me to go to with him
- noon time - played with a small combo at a school in Mississauga
- stopped on the way home to do some shopping and get some groceries
-Monday night was Carols in the Park - yes, that meant playing outside. I don't know if you remember, but it was a very cold night. I was dressed in many layers, but I still froze. Afterwards I enjoyed having coffee and thawing out at Second Cup with some friends.

Tuesday
-my only free day of the week. I stopped into Scrapbook Queens to crop a little. I left early to do some more shopping (unsuccessfully)

Wednesay
-we (Matt, Spencer, and I) played with a small combo for a Rotary Lunch.
-Matt had an ortho appointment just after so I dropped him off and then went shopping again.

Thursday
-Matt and I played in a small combo again - this time it was at the Brampton Courthouse and it was for a carol sing. It was really enjoyable. Even the attorneys came out in their court robes to join in.
-after a quick change in the parking lot, we went for lunch and then had to go to Costco

Friday
-more shopping and grocery shopping
-lots and lots of cleaning
-played on the Kettles in the mall for two hours in the evening
-I had to miss my friend, Deb's party

Saturday
-we hosted John's family Christmas again this year. It was a smaller group, but it was extra nice because John's brother was here from England
-I had to miss my friend, Crystal's party

Sunday
-we played in a nursing home in the morning before Church
-played at Church, of course
-in the late afternoon/evening I was a driver for the Youth Group's progressive dinner - much to Cameron's dismay!

Monday
-drove Cameron up to my sister's. He stayed there for three days and voluteered to work on the Salvation Army truck with my brother-in-law. They were doing all the toy/food drive pick-ups from businesses, schools, and organizations.
-Cathy and I spent the day together shopping
-my shopping is now done - well, not the groceries

Tuesday
-I couldn't get off the couch, I was so tired. I ended up just spending the afternoon wrapping all the gifts

Wednesday (gee, that was only yesterday, but it feels a lot longer)
-went for lunch with Deb for her birthday
-squeezed in some grocery shopping before I had to drive to Waterloo to pick Spencer up after his last exam.
-dropped him off and then went to Mississauga - Cameron had youth group movie night and so Cathy and I went to see a different movie
-fell into bed at 12:30!

Today
-I'm still in my PJs. All I need to do is get the boys going. Matt and Spencer have a bunch of stuff to get done today. Fortunately they can take the car and I can stay home.
-I have a little cleaning and organizing I need to do, but that's it
-tonight is our traditional "Wrapping Party" where we eat yummy sweets, wrap gifts, and put on a Christmas movie.

Here are some pics from the family Christmas on Saturday:

Oliver had to be a part of the festivities in an inconspicuous way. 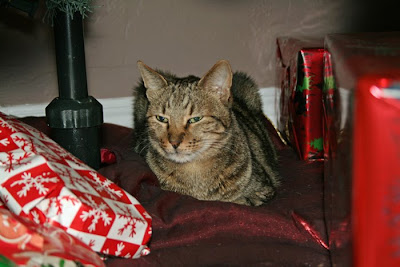 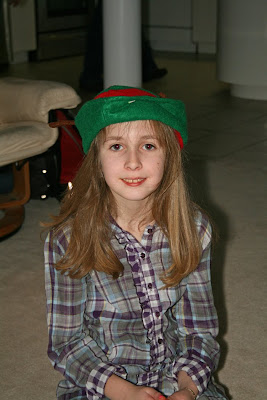 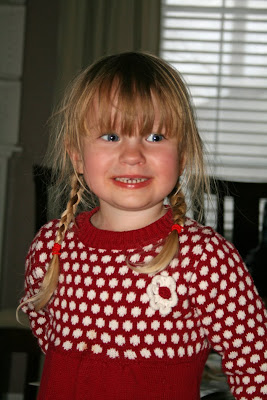 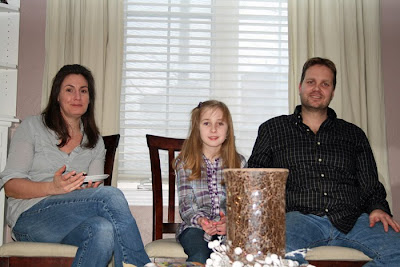 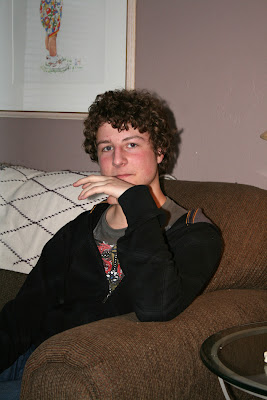 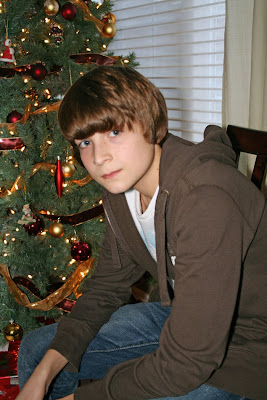 Matt played Santa this year to hand out the gifts. 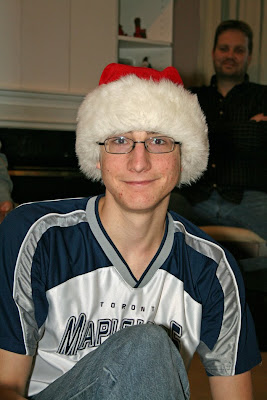