As I said in my last post, I would fill you in on how Matt's week went last week.

On Wednesday, suppertime, we got him registered and checked into Sencea Newnham campus. The students stayed in residence for the four nights they were there. Pizza had just arrived so we told Matt to go and enjoy his pizza while we went to the store and picked him up some things he was needing ... and more importantly, his junk food for his room. I was very nervous about leaving him there. As you can imagine, being thrust into a four-day programme in a place you've never seen before, with all kinds of people you have never met before, without any familiar faces, when you have Nonverbal Learning Disorder and lots of anxiety could be a recipe for disaster. Well, he certainly embraced it and participated fully, and spent a lot of time socializing with the other.
The programme itself was fantastic. During the day they had sessions. Some of the sessions included modern technology and learning aids, mentoring, accomodations, self-advocacy, time management, study skills, tackling assignments, and college services. In the evenings there were recreational activities where they hung out and built friendships.
There were two parent sessions. The Friday night session dealt with testing, accomodations, financial aid and how to get government funds for learning aids, and what the new technology and learning aids were. It was very interesting! Sunday morning was a seminar on what everyday life is like for our children.
Both John and I came away from the sessions with a lot more knowledge. One of the many things we learned was that the IEP and IPRC doesn't follow them into college. Matt will have to have psycho-educational testing done (since it's been a few years since his last one). With the results of the testing he will getting a letter of accomodation from the school and that will be his ticket to getting accomodations in his classes.
I don't know how much of the information has been filed away in Matt's brain, but I know that he really enjoyed the four days and being with other people his age who have all had struggles with academics and peer relationships. He said that one night he and his roommate were up until 3 a.m. just talking about things.
Such a great programme ... and it was free!
I kidnapped some pictures from his facebook. 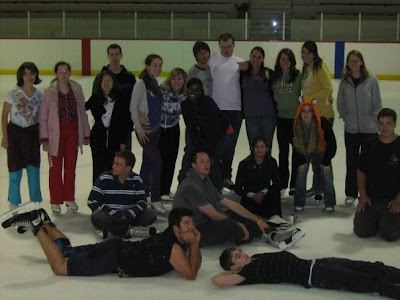 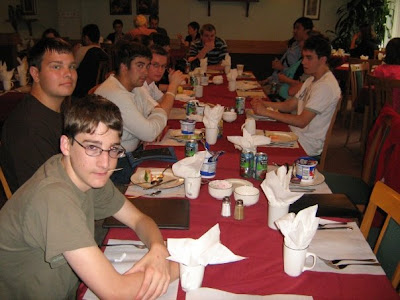 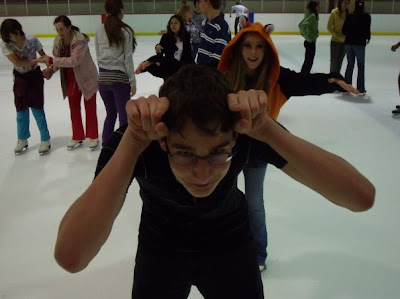