I'm back from a fantastic week in Virginia Beach with the girls. Wow! We had a fantastic time! I had every intention of blogging throughout the week, but I just couldn't seem to tear myself away from all the other things there was to do. So, that leaves me with this post, and the Reader's Digest version of the week.

The house was right on the beach (as shown in the previous post). It was huge!! There was so much room. We were a little worried about having a space big enough for 18 of us to set up all our scrapping stuff in one room, but we had tons of room! So, everyone set up there stuff and worked whenever we were back at the house ... mostly in the evenings.

There were so many dolphins. We were all in complete awe. Each morning and each evening we would stand out on the deck, overlooking the ocean, and watch the dolphins swim by. There were sooooo many of them. It was so cool to just watch them swim, feed, and jump and play in the surf. It was amazing. They say that that area of the US East Coast is the dolphin Disneyland, and now I know why.

I got quite a bit of scrapping done ... not as much as I had hoped, but enough that I was happy with what I accomplished. I finished 24 layouts (alot of which are duplicates). I'll try and scan some of these layouts to share.

I even had a nice bonus dinner while I was there. My brother, David, who lives in Fairfax, Virginia, had to come to Virginia Beach for business. So Tuesday night he and I went out to dinner and spent some time catching up. We went to a very cool steak restaurant where they bring you the raw meat, and you go into a room where there is a huge charcoal grill and you stand around and cook your steak along with a lot of other people. Anyway, it was so nice spending the evening with David. It really was the icing on the cake for me. (he even came into the house and met everyone ... I'm sure he was in a little shock at seeing the cropping room LOL)

Here are a few pictures from the week. The dolpin pictures were from a boat trip that we took out, although we certainly saw enough of them in front of our place that we didn't need to go on a dolphin watch trip.

This was one of the vehicles as they arrived ... before shopping. 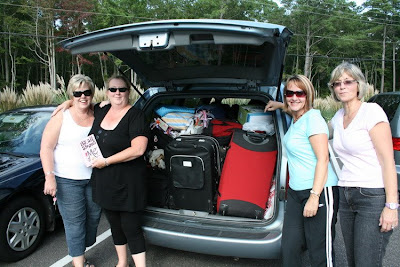 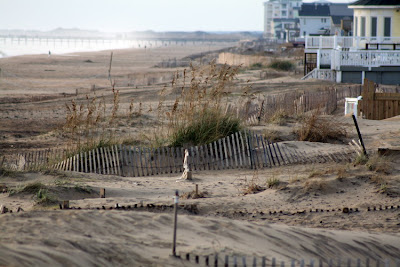 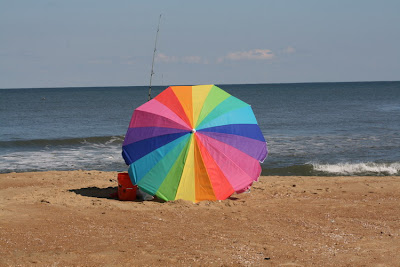 Some of the ladies standing on the deck watching the dolphins playing in the water. 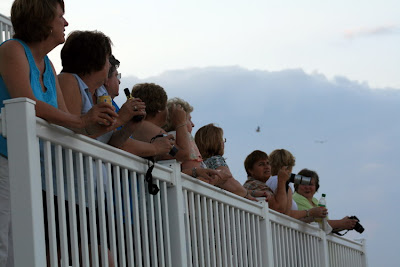 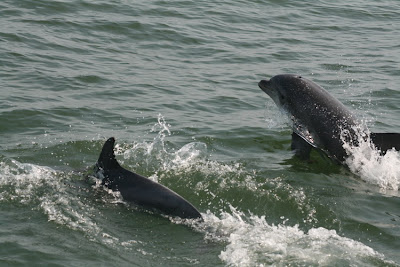 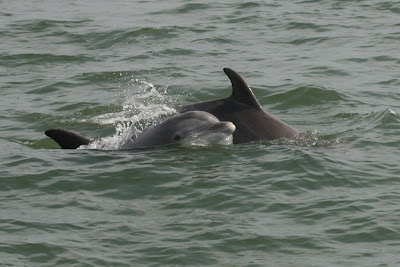 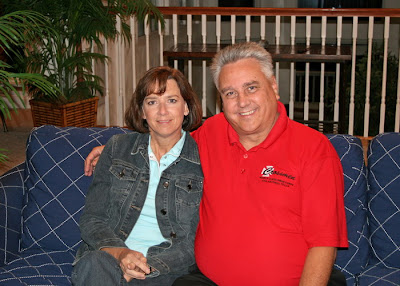