Joy came up to the trailer for a couple of days last week. We spent some time scrapbooking, hanging out, and orchestrating a water fight between Cameron, Spencer, and a couple of the girls at the trailer park. (we were really trying out best to set Spencer up to be drenched, but somehow, each time he managed to escape.) Joy kept laughing at the boys and the boy things they were doing and saying.

On Saturday Cathy and Don came up for the day. It was also the day of the divisional picnic (which was very poorly attended). We just relaxed around the trailer. Don took the boys out mini golfing. After a game of euchre and a campfire, they had to leave.

This week Spencer has two piano lessons and then on Saturday the Jazz Band is playing at the Oakville Jazz Festival. That means that we have to hang around house all week, which is a good thing because I have a few things I've wanted to get done.

Yesterday I managed to unplug the boys (which was a huge feat ... especially since they've been computer deprived this summer ... computer deprived, not video game deprived ... sigh!). We headed out, not knowing what we were going to do. We ended up at Hilton Falls Conservation Area. We hiked into the Falls. The falls are great this year since we've had so much rain. Matthew took no time to take his shoes off and make his way behind the falls. Before I could even take some pictures, he was swimming in them. He had such a great time swimming in the falls. It was so fun to watch. He tried to convince his brothers to join him, but they weren't going for it. (in my younger days I would have been right in there with him)

I was so amazed. Matthew isn't big on swimming, and is usually very cautious about doing things. Cameron is usally my adventurous one and always into doing stuff like that, but he was very nervous that Matt was going to hurt himself. On our way home, Cameron said that next time he will wear his bathingsuit and go in. Next time I hope to get better pictures! 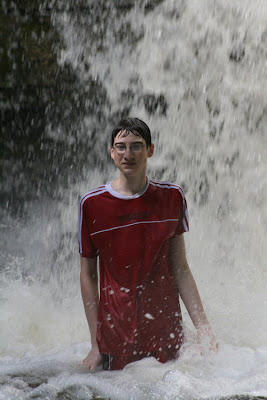 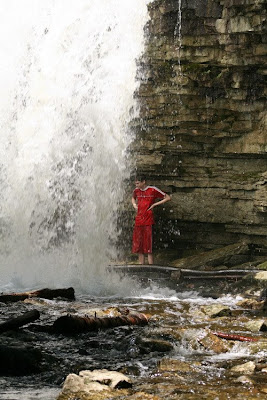 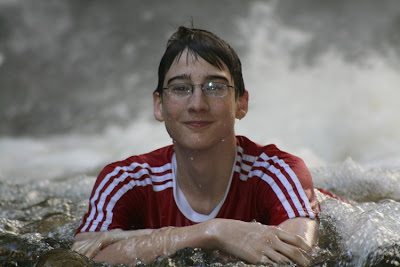 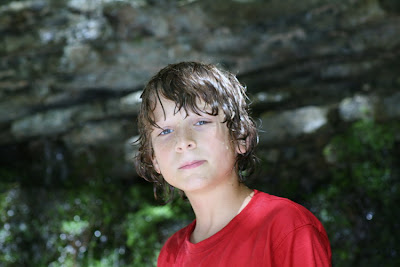 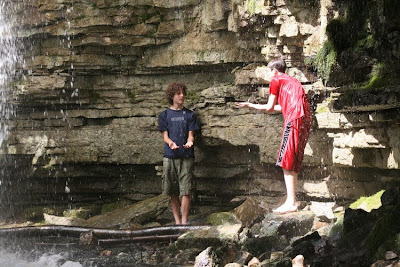 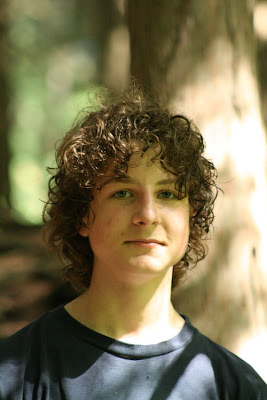