There's just something about Niagara Falls!

So yesterday we went down to Niagara Falls for the night to celebrate Matthew's 18th birthday. (Matt turned 18 today.) We stayed over night at the Sheraton By the Falls. All I can say is WOW! Check out the view from our room!! It was just stunning. I found it hard to drag myself away from the balconey. When we were in the room, that's where I was. It was gorgeous. 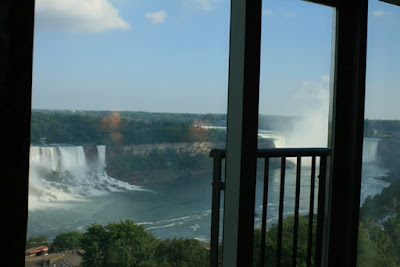 On the 7th floor of the hotel was the outdoor pool. The water wasn't that warm, but the boys swam anyway. 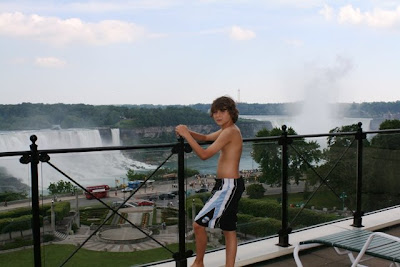 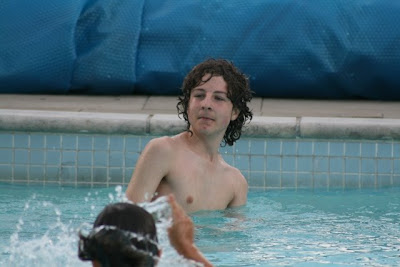 For supper we went next door to the Hard Rock Cafe then we went out walking along the Falls and then went back up to the room in time to see the fireworks. 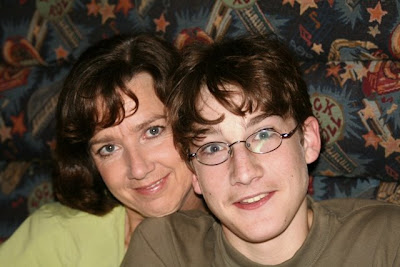 Right across the street from the hotel was this old park that was built in 1935. It's a great spot and I took so many pictures there. I kept dragging everyone out to it just to walk around. In all the times I've been to Niagara Falls I've never seen this park ... infact, I've never experienced Niagara Falls like I did the past couple of days. It really was sad to have to leave. 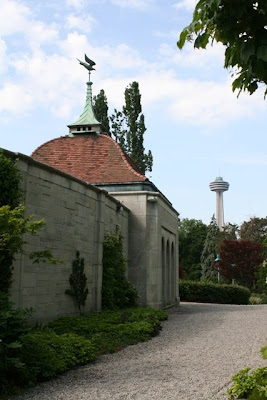 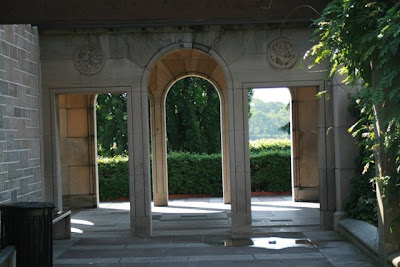 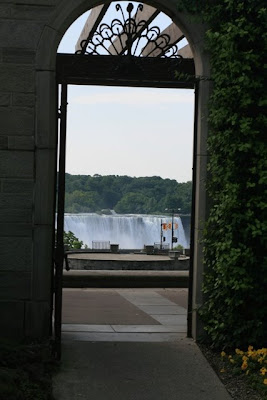 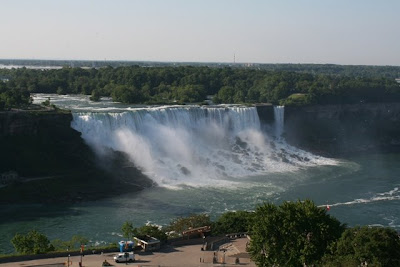 This morning John, Cameron and Spencer had to leave early (The boys both had to play with their bands in the Oakville Waterfront Festival) and so Matt and I stayed on for the day to play tourist and do whatever he wanted to do.
We went to Ripley's Beleive it or not. Then we went on the big Sky Wheel (a huge ferris wheel). I was very surprised that Matt agreed to go on. He's afraid of heights and only a couple of years ago he never would have gone on something like that, but I think it helped that the cars were all enclosed.

After that we hit the War Museum and the battlegrounds of the war of 1812. Matt is a huge history buff. The battle field is now a cemetary where there are some monuments as well as some graves of some of the officers and soldiers. We wandered around the whole cemetary looking for anyone who was part of the war. Matt found the grave site of Laura Secord. (OK, I'm embarrassed to say that I had no idea the role she played during that war, but Matt was happy to fill me in.)
When we were done there, we drove along the niagara river down to Queenston where we found a monument and burial place of Isaac Brock, who was a general in the war (and was killed during battle.)
It was a great day that we spent together. I enjoyed every minute of it, and I know that Matt did too. 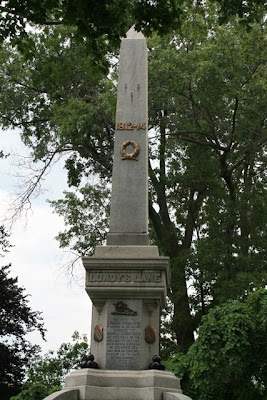 Happy birthday Matt!!!! You make us so proud! 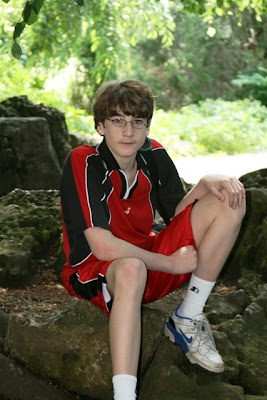