The week that flew by!

I don't know what happened to this week. I was planning on blogging earlier in the week, and the next thing I know, it's Friday already. Wow! 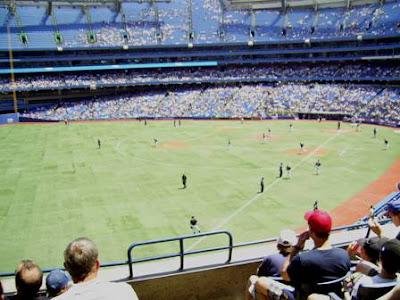 On Sunday, for Father's Day, we went down to see the Blue Jays Game. We wanted to take both sets of parents, but since my Dad was unable to go, it was us and John's parents that went. It was so much fun. I love going to the Jays Game. The boys enjoyed it too. Matt insisted on bringing his DS with him (for when he got bored) but I was very surprised and pleased that it stayed in his pocket the whole time. 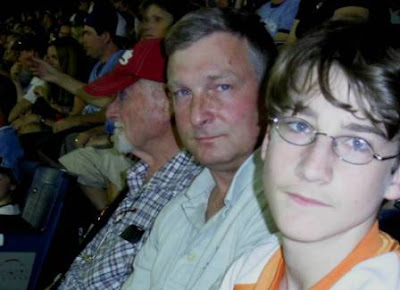 After the first couple of innings I could tell by the look on his face that he was quite bothered by something. When I asked him if he was OK, he mouthed to me that the people beside him wouldn't shut up. (as you can imagine for someone with NLD this could be quite irritating.) There was a little girl sitting right beside him and I wondered if that was the problem. I told him to be patient and that we would switch seats half way through the game. 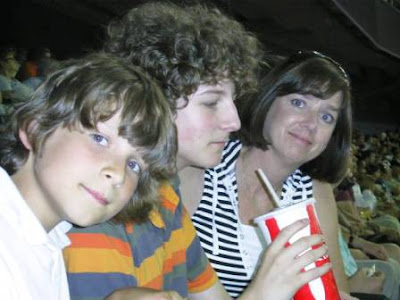 After we switched, and I sat next to them for a little while, I can honestly say that I couldn't blame him (and I'm a fairly tolerant person.) They drove me around the bend too. ...and it wasn't the kids ... it was the father. He was talking loudly the whole time, and never really took a breath. After sitting next to them for the rest of the game I told Matt that I was very proud of the way he handled himself because he sat patiently (being driven insane the whole time) and never said a word to them, and never really complained. 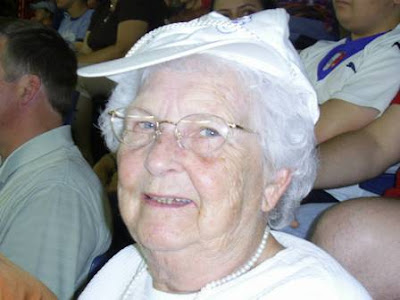 Anyway, the Jays lost, but that didn't really matter because we had a great day together with John's parents. I'm so glad we went.

On a sadder note, I went to pick Cameron up from school on Tuesday. I usually sit and wait as it takes him a while to get himself and his things organized. I was starting to get a little nervous as he was even later than usual. By the time a half hour had passed since the bell rang, I thought I'd better head into the school to see what was up. Just then he came out along with the Vice Principal. The VP told me that Cameron had been beaten up by a bully in his class. The two of them had gotten into an argument and the boy beat him up. He punched him several times in the head, then pulled him to the ground and kicked him in the stomach. According to Cameron, a teacher, and some witnesses, Cameron never put his hands on this other boy. Poor Cameron was still sobbing when he came out. He was upset all evening about it. His VP assured him that this boy (who had taken off already) would not be in class the next day and so he wouldn't have to face him.

I was very happy with the way the situation was handled. The other boy was suspended (at least for two days ... I don't know about today). The next day in school several of his teachers asked him how he was. One of the teachers said he was going to be having a chat with a group of boys about cheering on a fight. His regular teacher told him that they would be keeping a close eye on things. I think Cameron enjoyed the extra attention he was getting from the teachers.


Tomorrow is Matt's 18th birthday. Can you beleive it??? 18! Today we are heading to Niagara Falls to celebrate. We have booked into a hotel that overlooks the falls. We're going to have dinner tonight at the Hard Rock Cafe, swim in the pool, and watch the fireworks from our room.
Tomorrow morning John, Spencer and Cameron will be leaving early (they have a concert at the Oakville Waterfront Festival) and Matt and I are going to stay on for the day and play tourist. He wants to go to Ripley's Beleive it or not, and the Bird Aviary.

...maybe I can convince him to jump across the border to do a little shopping.
Posted by Barbara at 10:39 AM