Is it Saturday already? That's not possible. I had big plans for this week. I think I must have missed some days along the way.
Both John and Spencer are gone right now. John and his brother Dave left on Monday for England to visit their other brother Geoff. They're there for 9 days. I thought that with John gone, I would be able to get more scrapping done, but that hasn't been the case at all.
Spencer left Wednesday morning for Calgary with the Divisional Youth Band. He had to be at the airport at 5:30 a.m.!!!! That was a killer! I figured with two out of 4 gone, my work load would be cut in half. So? What happened? I have no idea, but the week certainly hasn't shaped up to be what I thought it would be.
I've had some phone conversations and in person meetings at the school trying to help Matt deal with the anxiety that he's been suffering from lately. I know I've said it before, but I'll say it again. We are so fortunate to have such a wonderful, supportive high school for him. The staff truly is amazing! They are dealing with the bullying problem in the computer class. Apparently the computer teacher is on board. They are going to do one of three things: remove the problem student from the class altogether, have him still take the class but in a different room, or just make sure that he stays away from Matt. They were going to meet with the other parents and then decide what they would do. Which ever way they handle it is fine with me.
We still had some issues this week with anxiety, but yesterday was a great day for Matt so I'm holding my breath, hoping .... praying .....! Such a worry!
I did manage to finish a layout this week for an ad challenge.
This is the ad ... 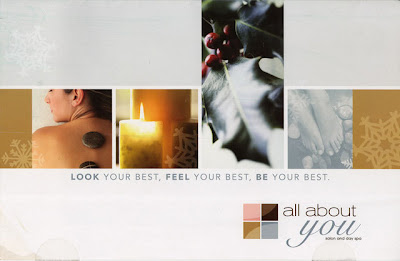 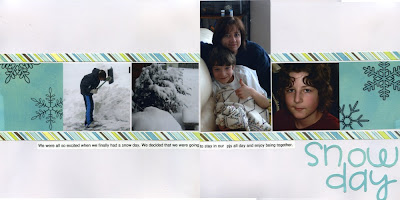 So this weekend looks like it's going to be a busy one. I have a shower to go to in Toronto. My parents are coming to town for the shower, and staying the weekend. Spencer returns at mindnight Sunday night. He's going to be so bagged for school the next day. I'm going to be bagged too!
Happy weekend everyone. Oh, and Happy Mother's Day to you all!
Posted by Barbara at 7:52 AM