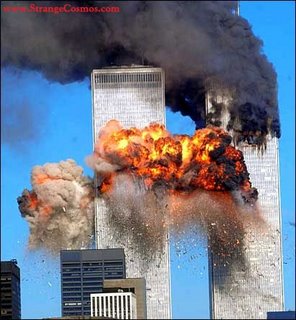 This morning I logged into CNN on the computer and watched the coverage from 911 as it actually happened five years ago. I found myself rivited to the computer screen in the same way that I was rivited to the TV 5 years ago. When I first learned of what was happening, the first tower had just been hit. I watched in horror as the second plane hit. I was stunned, and sat in a state of shock as I watched the whole morning unfold. This morning, I went through the exact same emotions, even though I knew what was coming. I gasped as the plane hit the second tower and covered my face in utter disbelief once again, as the towers each collapsed.