It's been years since I've been over to the Island. Yesterday, we had to stay in Toronto after Church as the band was playing at another Church in the evening. Since it was Father's Day, we decided to go to the Toronto Island for the afternoon. We had a fantastic time (even with the competitive arguing that goes on between brothers!) It wasn't quite so hot there, but we could still see the smog. We spent the afternoon riding a four-seater bicycle, walking on the beach and pier, watching the ducks, and enjoying each other's company.

Here are a few of the pictures I took yesterday: 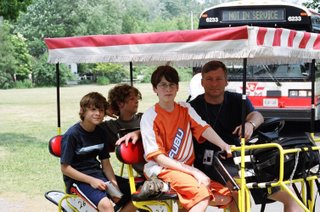 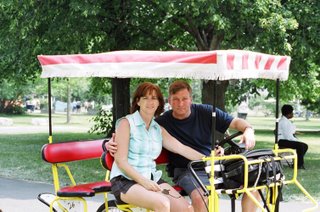 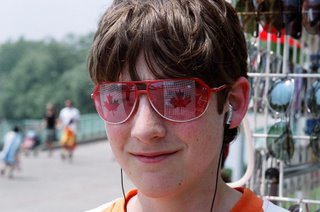 Matthew trying to look cool in these Canada flag sunglasses. 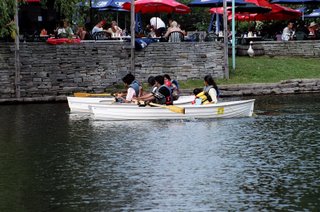 These people gave us a laugh as they were rowing their boats backwards, and didn't appear to realize it. 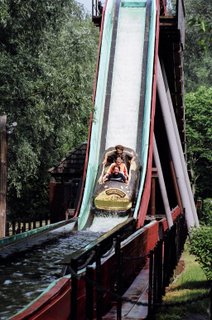 The boys had to ride the log ride before leaving. 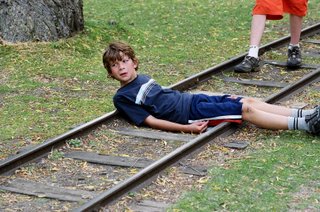 Cameron was making us all laugh by playing the damsel in distress.
Posted by Barbara at 2:12 PM