Matthew and I left yesterday morning, to catch our flight to Venice.

We were meeting up with John, Spencer and Cameron who were already there.  They got a head start on our vacation by leaving on Saturday.  Matt and I couldn't leave until Monday as Matt had to work on the weekend, and I had a retreat that I needed to be at.

We had a flight out of Toronto at 11:40 a.m. which meant that Matt had barely enough time to get home from work, change, and organize a few things before we had to leave for the airport.

We had a connecting flight out of Philadelphia, which meant that we had a 5 hour layover.  It was ok, for the most part, as it meant that we could get a good lunch and relax a bit before the second flight.  By the time we had to board, though, Matt was exhausted! Poor guy! 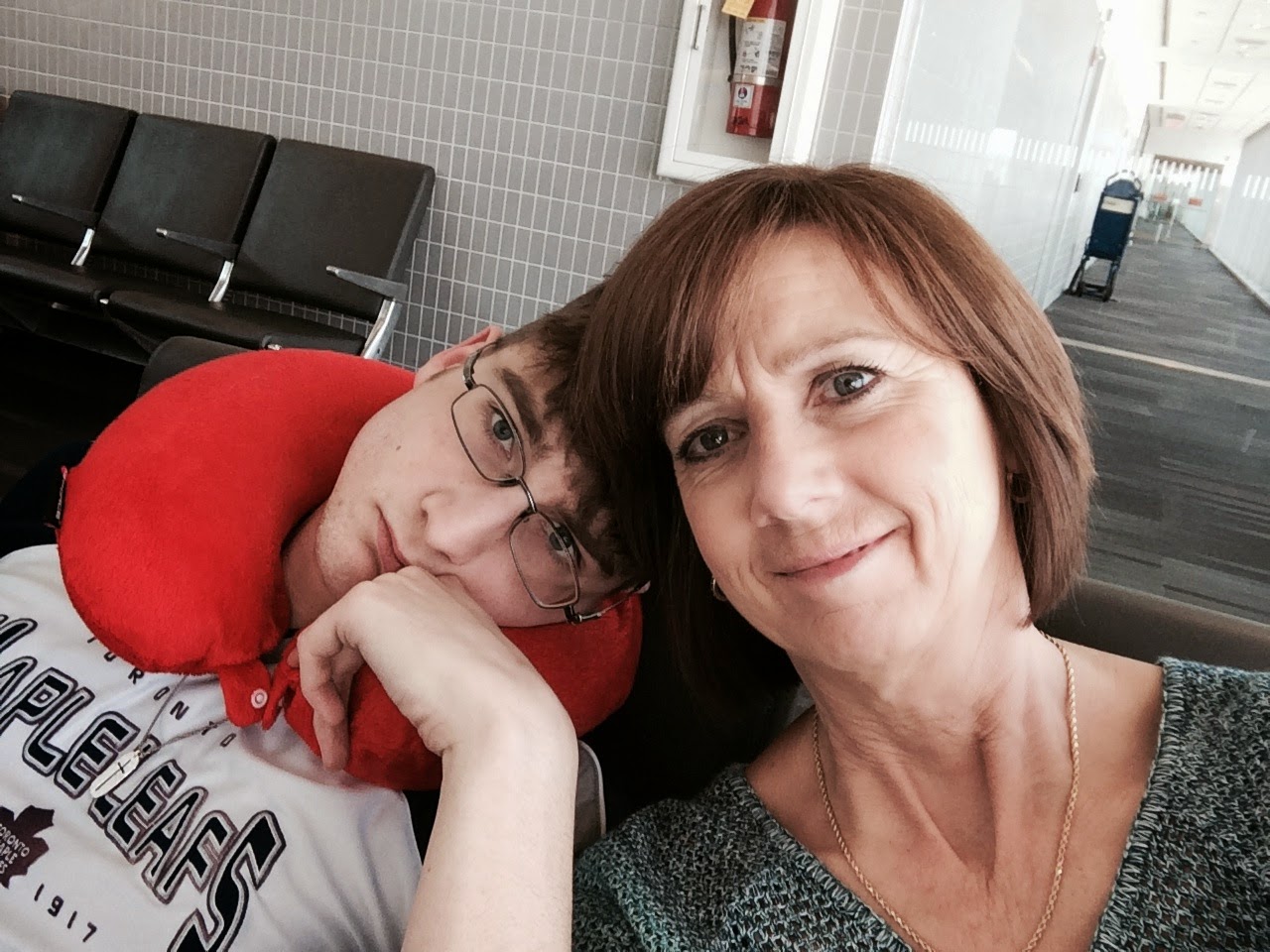 Our second flight was straight to Venice. 8 hours in the air! Matt was able to get about three or four hours of sleep, but I was only able to nap here and there.

Once we got to Venice, it was fairly easy to get to out hotel. by bus and then water bus.  The hotel is actually a hostel.  It's a very cool place and is across the canal from St. Marks Square. The hostel has family rooms, which is where we are staying - so we have our own bathroom and shower right in the room.  It's quite a hip spot, filled with a lot of younger people, and a handful of older ones.  I love the whole atmosphere of this place.

After we dumped our bags, we jumped back on the water bus to go over to San Marco to do a little exploring.  I immediately fell in love with Venice and all the canals! 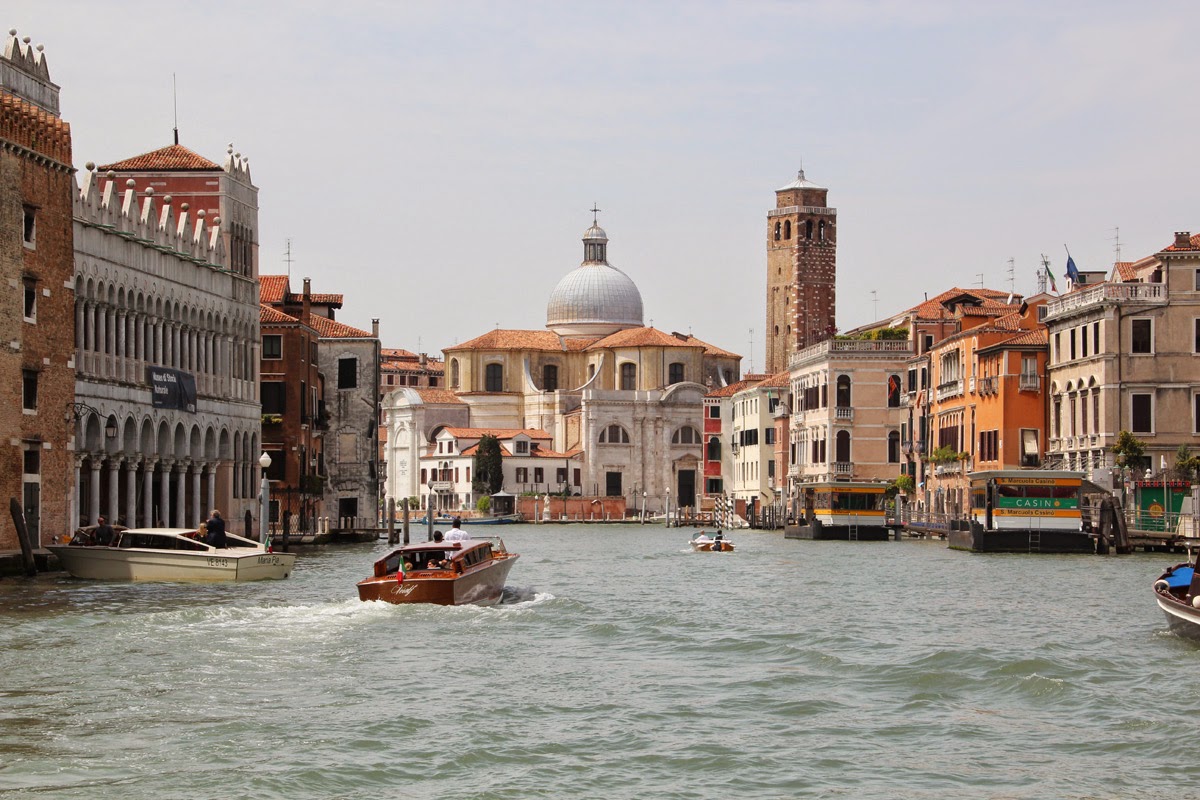 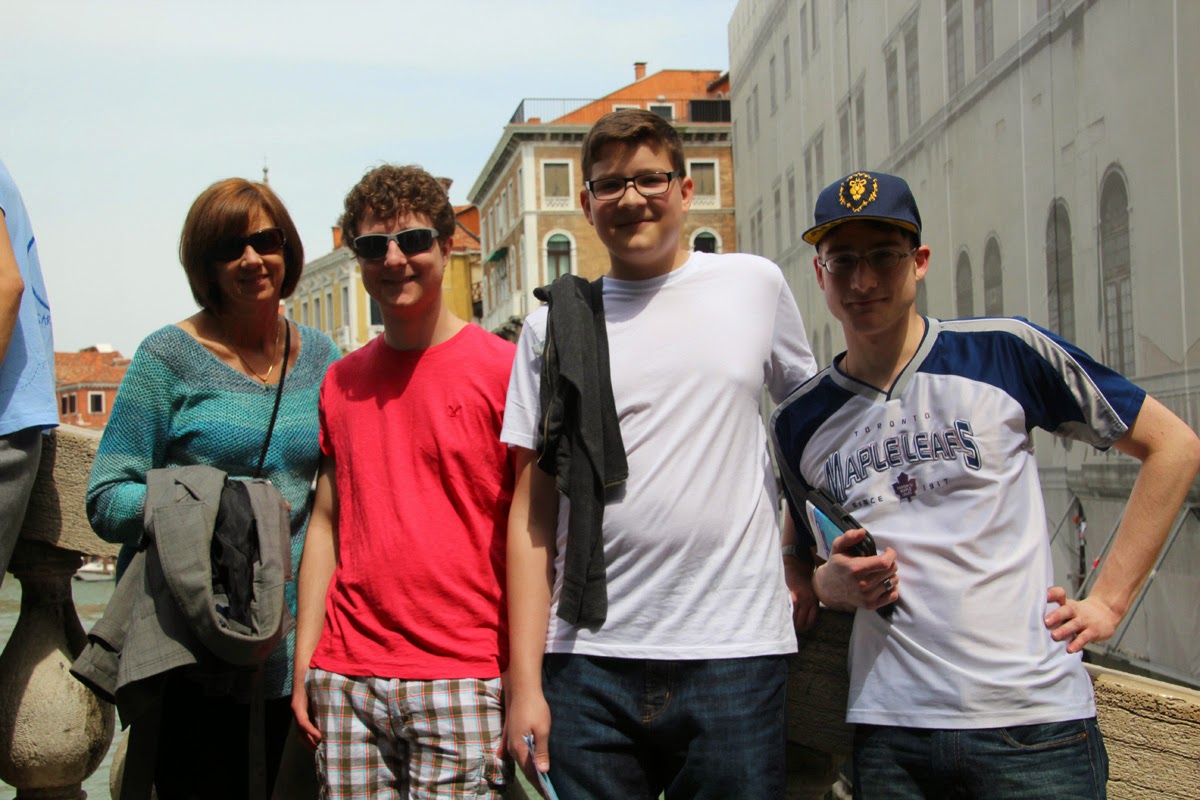 We walked around for a little while.  John, Cameron, and Spencer showed us a few places that they had already discovered. 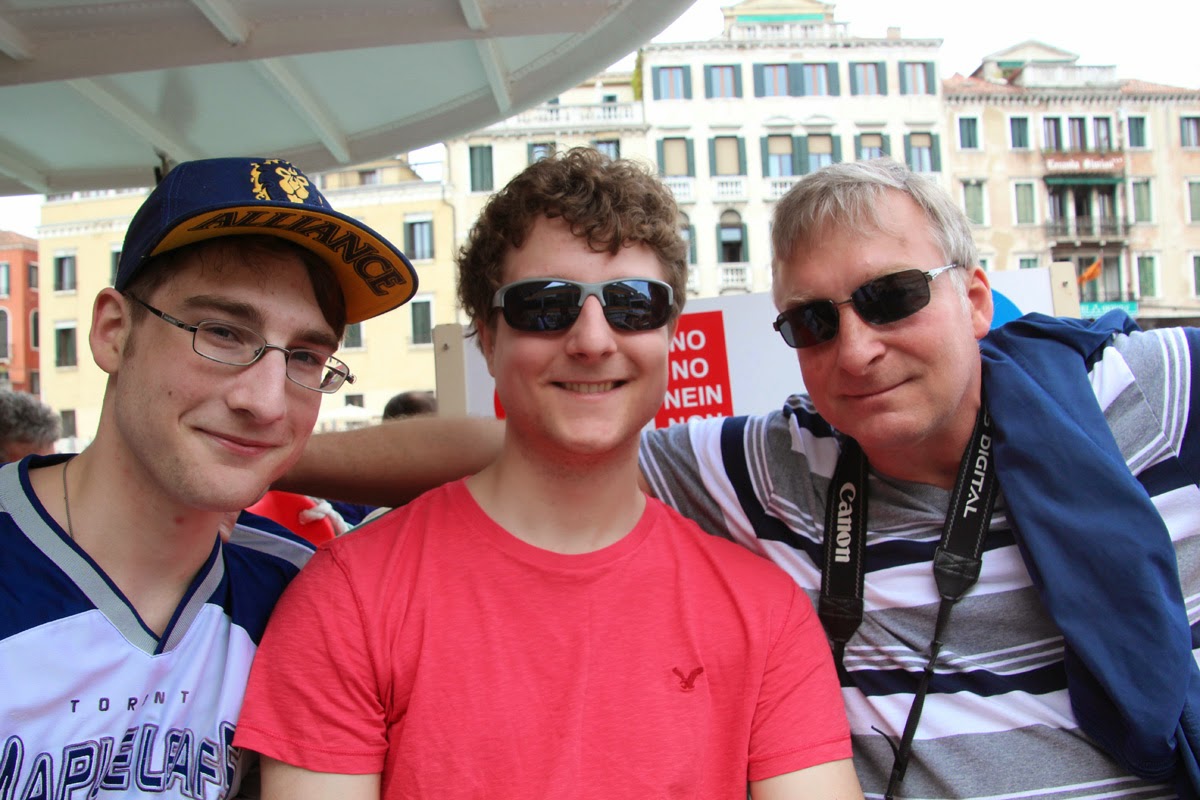 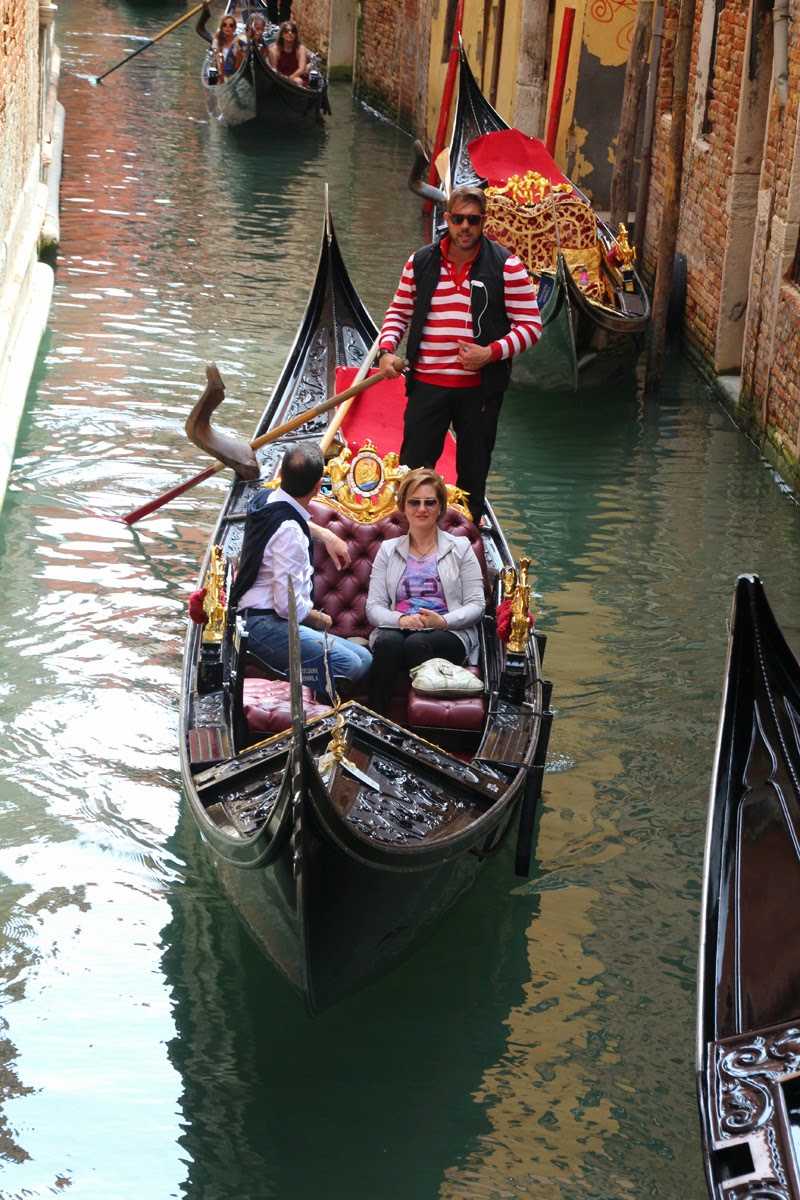 Then we jumped back on the water bus to head up the canal to get some lunch. It was a huge mistake to stop for lunch, because once we did that, both Matt and I hit a wall of exhaustion.  We were spent. We ate quickly and then he and I went back to the hostel to get some much needed sleep while the other boys stayed out to look around some more.

I woke up in time for supper, but we couldn't drag Matt out of bed, so the rest of us went out for something to eat and then came back and crashed again.

It was a very long day from start to finish!
Posted by Barbara at 6:54 PM