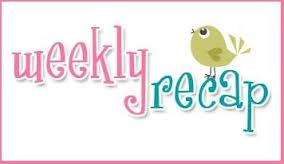 It seems that my life has been in full throttle lately. This week was the first one in a while that I had a chance to stick around the house a little and get some things done around here. It felt pretty good.

-last weekend I had a furneral to attend. It was for the mother of a friend that I grew up with. Mom was 90! It brought back so many memories of our teenage years - so many of those memories involved her. She invested a lot of her time and energy into the youth at our Church.
-last weekend was also John's birthday so we all went out for dinner - 6 of us, including Spencer's girlfriend.
-Spencer and Cameron were in the Toronto Santa Claus parade on Sunday. We watched it on TV and saw Spencer
-it was a busy day for us as we were at two different nursing homes to play
-Tuesday the girls were here for the day to scrapbook. It's always a lot of fun.
-as I said previously, I got some things accomplished around the house this weekend and got caught up on some long-overdue work
-today I'm going to a crop for the day. I'm looking forward to just being able to play for a while.

Looking at the week ahead:
-My brother Rick's birthday is today so I'm hoping to pick him up and bring him home for a "sleep-over on Monday. I'm hoping that we can meet up with my parents somewhere for dinner
-Tomorrow is the big Christmas Concert for the band
-I need to purge and organize a couple of rooms in the basement
-get some Christmas shopping done
-write a newsletter
-hopefully it will be a little quieter like this week - fingers crossed!