Are you getting tired of all the installments yet? Well, we're almost there.

Our past port of call was Rome. We were supposed to have been in Rome the previous Sunday, but due to the weather and the change in itinerary it was pushed to the end of the trip. The weather was overcast that day, and a little drizzly at times, but it didn't stop us from getting to everything that we had wanted to see that day.

As in the previous ports, we were up, and off the ship bright and early to meet up with our small tour group and our driver/guide, Mario. The trip from the port into Rome was about an hour, but I swear Mario was trying to get us there in half the time!

Our first stop was at a beautiful, and extremely large Church outside of Rome. The stop wasn't necessarily to see the Church as much as using the facilities. One thing all the drivers seem to do in Italy, is to know where the "clean" and free bathrooms are, and plan a stop around that. We pulled into the Church along with about 20 other tour groups ... all who were there to use the facilities. 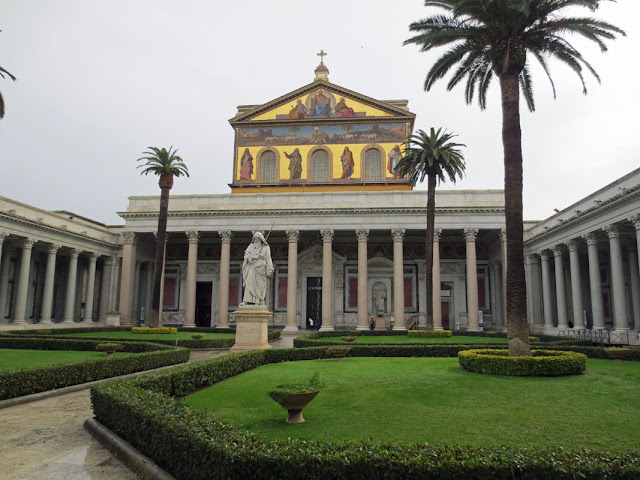 The Forum was very cool. It was a lot larger than I had expected it to be. Unfortunately we only had about a half an hour to look around once we got in there, and we didn't have any information or a guide, so we didn't know what we were looking at. It was a little overwhelming. 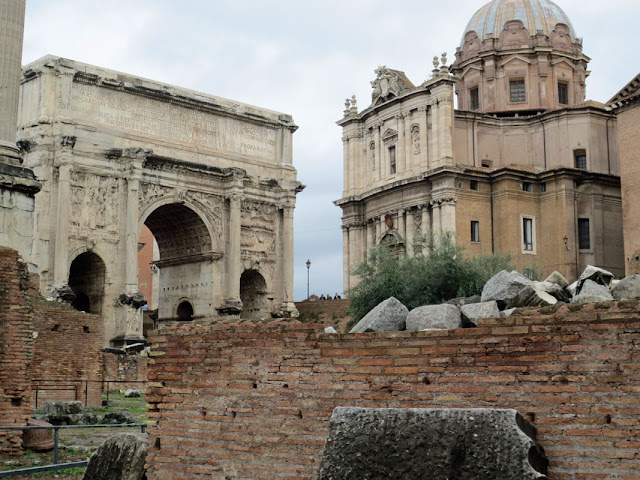 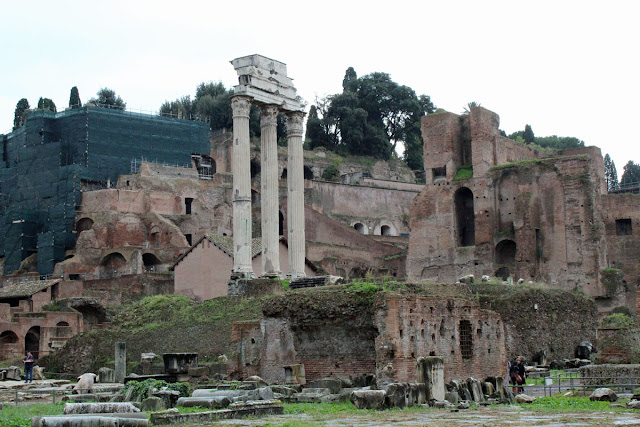 Our next stop was the Colosseum. We were able to breeze past the long line and go right in. There were so many people there (I can't imagine what it would have been like in warmer, dryer weather!) Entering into the Colosseum was very emotional for me. It was so awe inspiring to stand inside this ancient structure that is filled with so much History. A lot of the grandeur is gone with just the structure remaining, but there are glimpses of the old marble still remaining. All I kept thinking was that there were two boys at home who would have died to see it. I would have loved more time to explore and maybe to the dungeon tour - but that just leaves us something to do for our next visit. 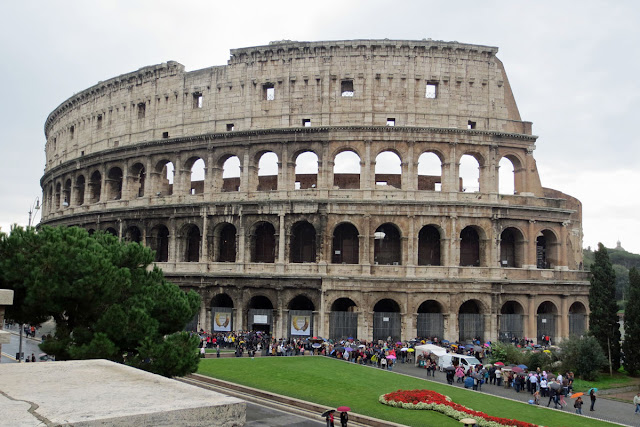 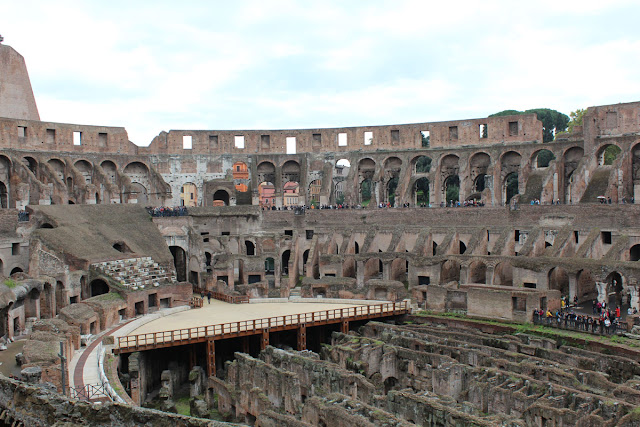 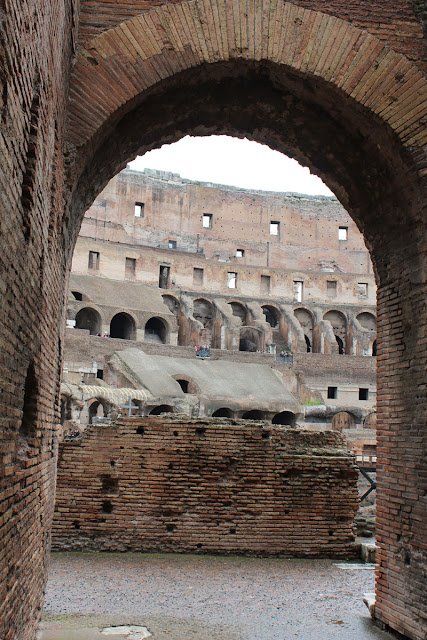 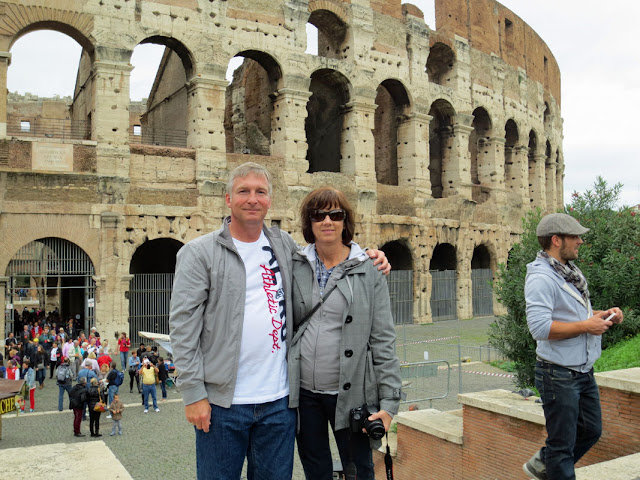 Next up was the Trevi Fountain. It was so much bigger than I had anticipated. 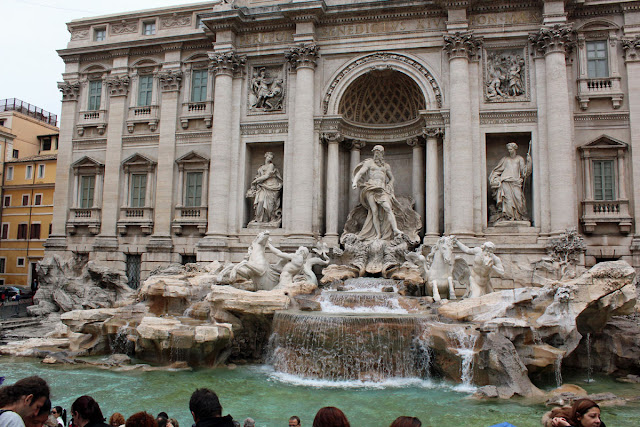 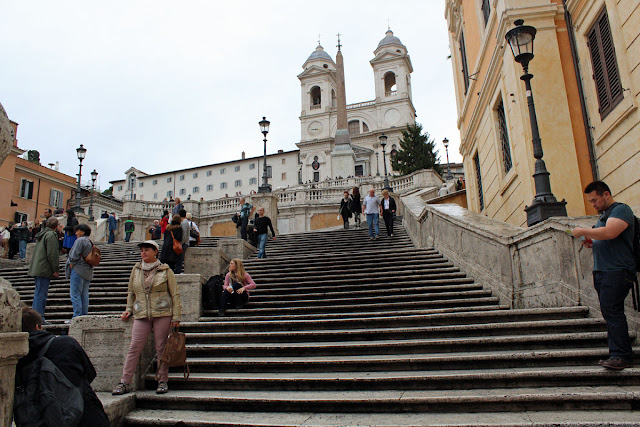 After all that we had built up an appetite so Mario led us to a lovely Italian Restaurant. John ordered pizza - which was really good, and I had the best Cannelloni of my life.

Once we finished lunch, we spent the afternoon at St. Peter's Square. We had a long wait to get into the Church (which for me wasn't worth it - but I guess you can't go to Rome and not see the Vatican.) Two of the couples at our dinner table actually saw the Pope in the morning when he came out to address the crowd. That would have been cool to see. We finally made it inside the Church and just walked around. It was huge and ornate. It wasn't the highlight by any stretch of the imagination, but at least I can say that I've seen it. 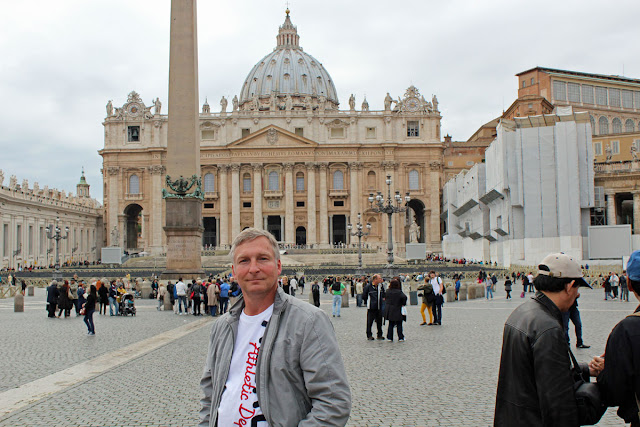 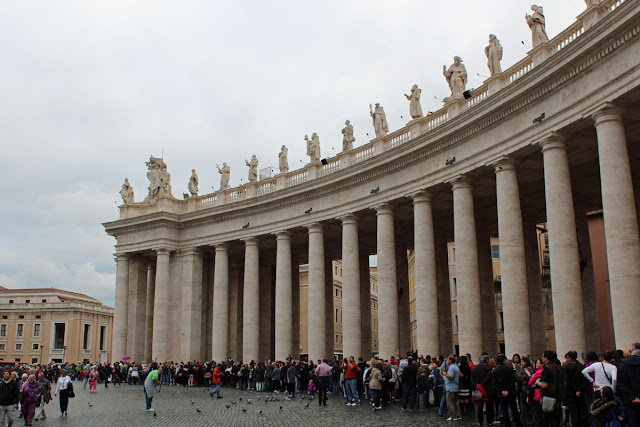 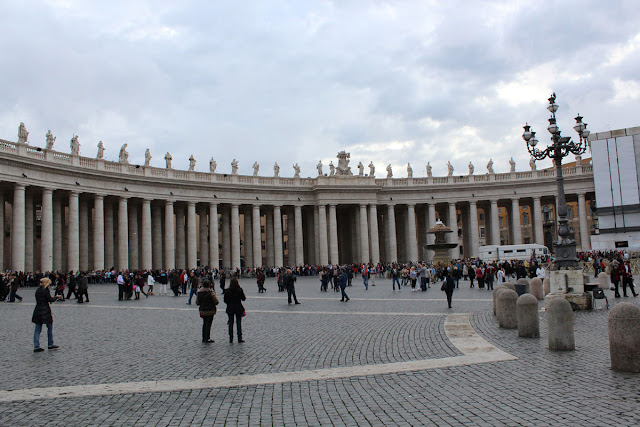 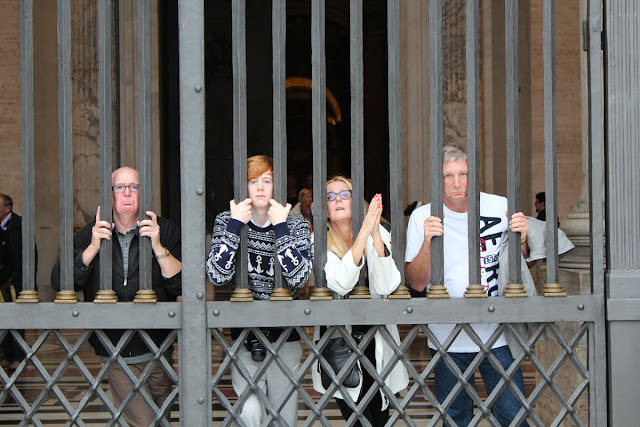 I was exhausted by the end of the day - and a little overwhelmed with everything that we had seen. It was so much to take it. Rome in a day is too much.