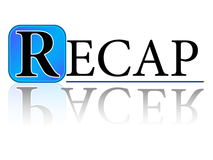 What a busy time I've had over the past month and a half. I have to say, though, it's a good busy!
Looking back over the past week:
- Wendy has arrived. OK, her name is actually Marcia, but we've always called her Wendy. I don't know why. Wendy was our housekeeper/nanny while we were in Barbados - she was with us for almost 5 years. We have so many fond memories together ... memories of when our boys were small, and when Cameron was born. It's been wonderful being able to spend time with her, and to go down memory lane. It's only her second time in Canada. The first time was when she came back with us on holidays during one summer.
-last Monday was the Canadian Thanksgiving. We had two turkey dinners - one last Saturday with my inlaws and one on Monday with my family. 30 people at my sister's house for dinner. It was fantastic! I love having a big family.
-lots of shopping time this week with Wendy.
-we spent one day at Niagara Falls
-It was Youth Retreat weekend. 25 teens from the Church went. I was one of the drivers which meant driving a carload up on Friday, and then going back up this afternoon to pick them up again. They were a lot more chatty on the way up then they were on the way home. There was a lot of sleeping going on!
-on Saturday we went to St. Jacobs (a lovely Menonite village) for the day. My sister and sister in law joined us. It was a perfect girls day
-Cameron had an orthodontist consultation this week - his second one. Both recommend different courses of action. Cameron has already made up his mind - he wants to do invisaline. I can't say I blame him considering what the options are.
-John and I have been trying to get all our excursions planned for our big trip next week. Almost there. I think we have two left to do now.
-this week I ran into two separate "old" friends - one in a totally random place. So cool.

Looking ahead to another very busy week ahead:
-tomorrow Wendy and I will spend the day downtown Toronto - CN Tower, Eaton Centre, and other tourist stuff
-we also hope to make it to Casa Loma - maybe in the evening one day (to do their haunted tour - perfect for halloween)
-speaking of Halloween - I also want to drag her out to the pumpkin patch - or at least Springridge Farms to get some pumpkins so she can carve her first one - with Cameron - I'll just toast the seeds - yum!
-I have to pack some of my scrapping stuff up as I'm going to a retreat on the weekend - I don't know how I'll find the time to do that
-I also need to pack for our cruise because when I get home from the retreat, we'll be flying out to Barcelon the following day
-that also means I need to spend some time cleaning the house as my parents will be coming next Sunday to stay here for a couple of weeks with the boys while we're gone. Even though two of the boys are older, I'll still feel better knowing my parents are here - plus I know they will keep keep an eye on Matthew - peace of mind for me + a routine for Matt = less worry and anxiety for us all