On Monday night we went to an art exhibit. This just wasn't any exhibit, though. The artists were the grades 6, 7, and 8s from Cameron's school.
The exhibit was held at the Oakville Museum and they had all the art work set up through several rooms in a very professional manner. It was a formal event (although Cameron neglected to tell me so we showed up in jeans - fortunately we weren't the only ones). It was so cool to see all the students all dressed up.
Not only was it an exhibit but it was a silent auction. All the money is going to Haiti. What a great idea, and a fun night. I was very impressed.
I should find out today if I won Cameron's painting. His was of Albert Einstein. 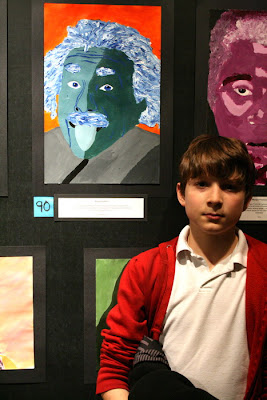 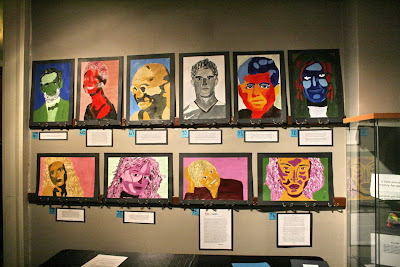 The Grade 7s created a couple of projects, one of them being these rock characters who are stuck in their own "box". 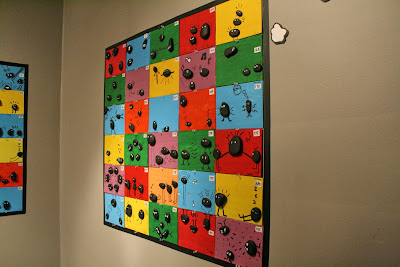 The Grade 6s had three different projects displayed, one of them being these Shadow Branch Paintings. Very impressive. 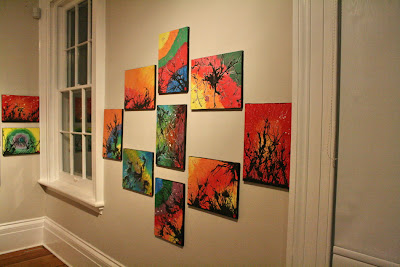 It was such a great idea and a great event. I was very surprised at how many people were there too!