Another music camp has come and gone... 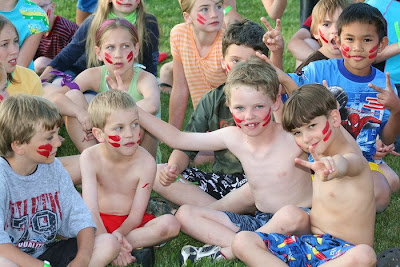 ... and I'm exhausted.
We spent a week at camp this past week. As usual, I had a cabin of 14 boys who were between the ages of 10 and 12. I think in all my years of doing this, I would have to say this was my best group of boys I've ever had. They were all so wonderful. We had a bunch of energetic, mischieveous boys but they were all very respectful of us, as cabin leaders, and of each other. Other than a handful of very minor spats, everyone got along really well, and they all spent the week hanging out together. I found myself a little sad having to say goodbye to them at the end of the week.

Spencer was on Junior Faculty again, which meant that he was helping out wherever needed. He helped with one of the bands, taught an instrumental class, and taught a theory class. He said he had a really good time.
I barely saw Cameron all week. He did so well with all the music, and theory, and more importanly he had such a fun week. Saturday night he just kept telling me how bored he was and how much he was missing camp.
I came home with so many memories. The staff was great. I was able to enjoy old friends again, and meet a few new ones. On the last night of camp, the staff had the annual water fight, which, I'm very happy to report, our side kicked butt for the first time ever.
I know that it will take me several days to recouperate, but it was worth every exhausting minute. I can't wait until next year! Here's a handful of pictures.
Cameron - participating in one of the many challenges this week: 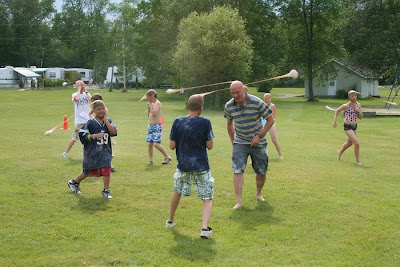 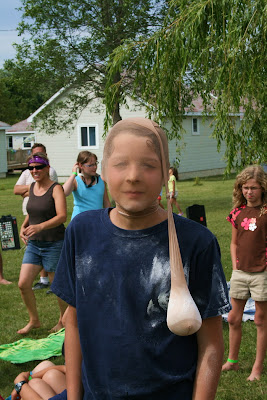 Cameron and one of his camp buddies: 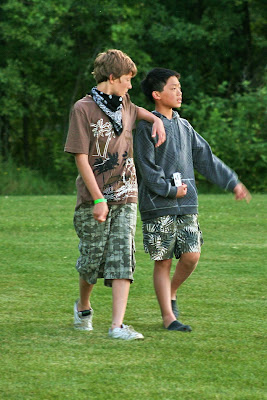 When I did see Cameron this week, he always had a water balloon in his hand. (I don't know who he takes after!) 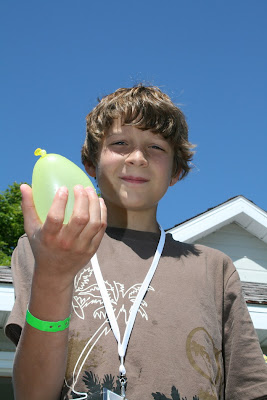 Spencer and Robert helping out at registration. 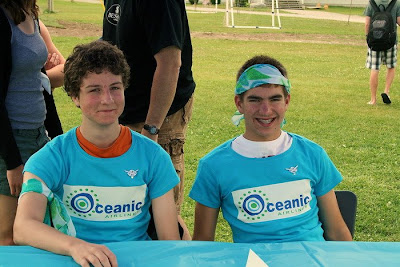 with a little friend 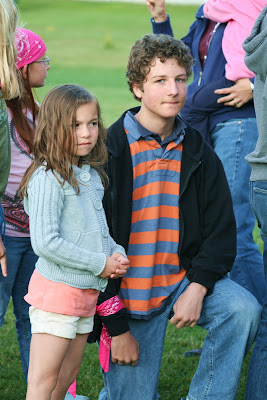 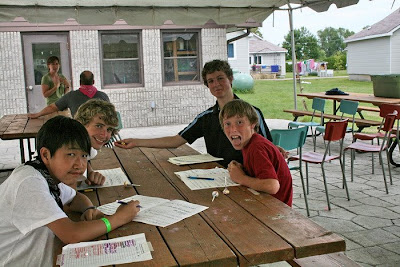 and being forced to pose with his mother: 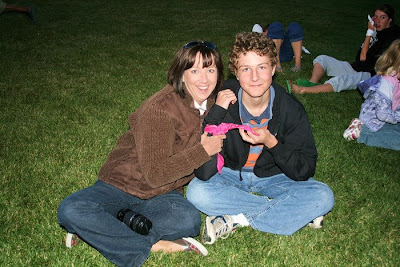 Most challenges involve getting wet, or getting dirty ... 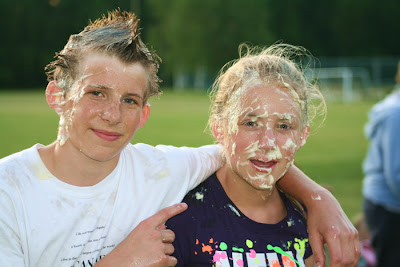 even when you're playing photographer! 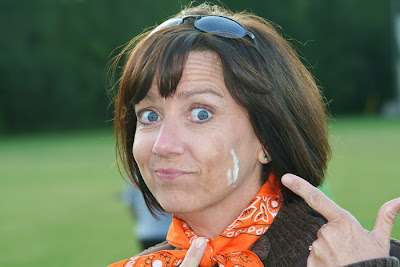 Camp ended on Saturday afternoon. After a quick pack up, we came home to do laundry and repack for our vacation. Sunday morning we left for the East Coast. At this moment we are in Quebec City. Tomorrow we move on to Cape Bretton Island.
Posted by Barbara at 8:49 PM