My Day at Canada's Wonderland

On Friday I went to Canda's Wonderland with Cameron's school band. They went there to participate in a music festival where they played in front of an adjudicator, got some feed back, and then got to spend the rest of the day riding the rides. Sweet deal!

I volunteered to go, telling Cameron to tell his teacher that if there were a lot of other parents wanting to go, then I would be happy to step aside (as I've been able to go on a few of the band trips.) I figured I was pretty safe, as last year, they had enough other parents, that I didn't need to go.

I got an email from the teacher the night before saying that yes, he needed me to go because he had no other parents volunteer. Wow! Really?

So, we were up early on Friday, and after a quick trip through the drive-thru at Tim's, arrived at school by 7:30. Cameron and I had already had several conversations about he not wanting me to tag along with him and his friends, and me, threatening to follow him around all day with my camera.

We arrived, they played. (they sounded really good!) 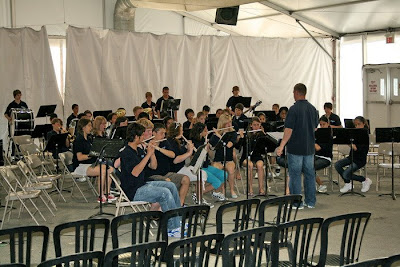 As soon as they finished, changed, put their instruments back on the bus, and got some last minute instructions from the teacher, they all took off running ... Cameron at the front of the pack! Sheesh! He ditched me!

After chatting with Mr. M. for a while, he went off to listen to some of the other schools play and I went off to see if I couldn hunt the boy down. (I really wouldn't have cared, except he had no money for lunch ... ok, and I just wanted to get a couple of pictures.)

I knew it was a safe bet to check around the closest roller coaster.

Ha! I was right! (doesn't he look so happy that I found them and made them pose for a picture? LOL! ...actually, his friend was the one who asked me to take a picture of them on his camera so I grabbed the opportunity) 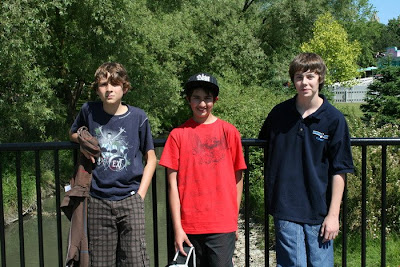 After giving over some money, I spent the rest of the day walking around, taking some pictures of nothing, really. I ran into the boys a few times. They said they would eat lunch with me, but I knew that Cameron would really rather not.

At one point, I was walking past a garbage can, and look what I saw! Out in the broad daylight! With lots of people around. He was having a really good lunch! 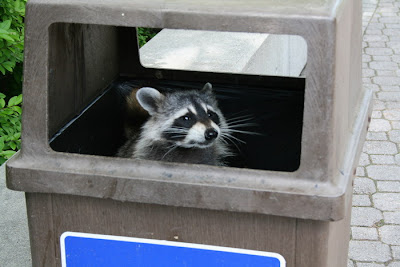 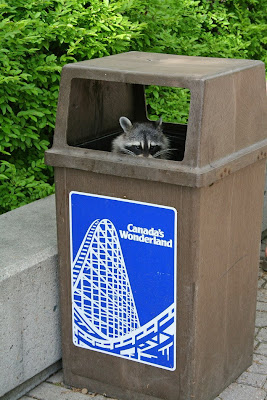 At the end of the day I managed to get Cameron to pose for a couple of pictures. 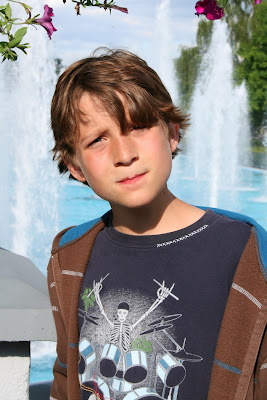 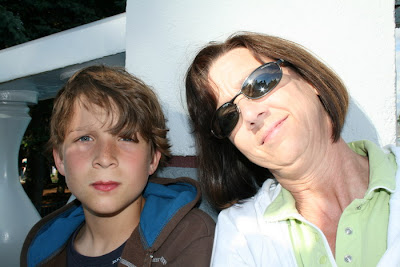 He had such a good day. I was bored to tears, and spent a lot of time texting John and Milena and whining to them about how bored I was.
...still, I'm glad I went ... and I know that Cameron was too, even if he wanted no part of me while we were there.
Posted by Barbara at 12:28 PM