This is the first time that neither John or I have accompanied the boys (or this year, the boy) out for trick-or-treating. Boy, does that feel weird. On top of that, we have two teenagers who are more than happy to shell out for us ... that may have more to do with the fact that they get to eat from the treat bowl when they are shelling out.

It seems like just yesterday when I would make the boys' costumes and take them around. Those days are now long gone.

I told Barb that I would post my pictures from a Halloween 11 years ago. We were living in Barbados at the time. Halloween wasn't celebrated there, but the Canadians would get together to have a halloween party for the kids. My boys were into Star Wars in a big way. Matt wanted to be Darth Vader and Spencer wanted to be Luke Skywalker. Cameron got to be an ewok (since he was only a year old!) There were no store-bought costumes there so, we had to make them. 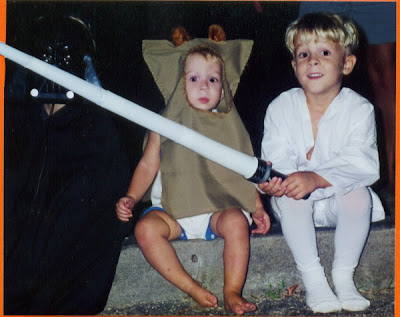 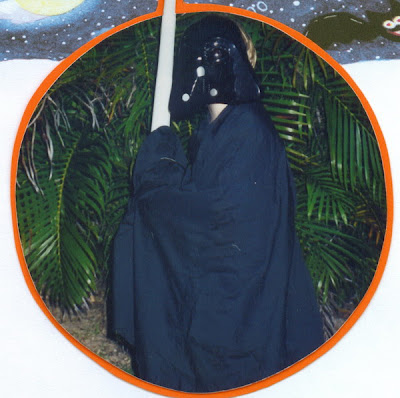 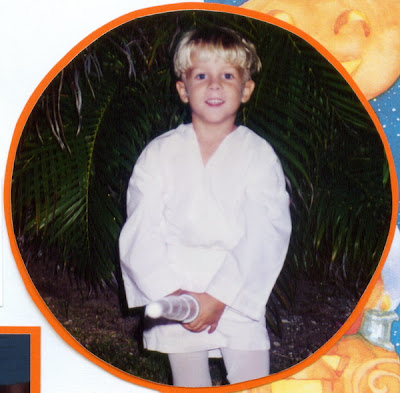 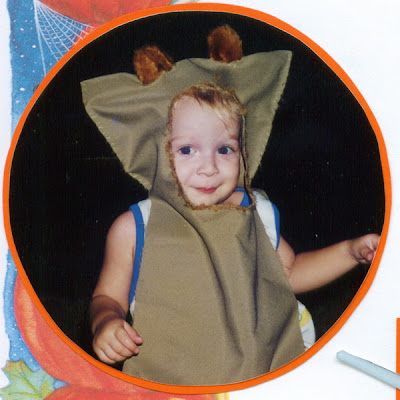