A couple of weeks ago, I was sitting in the computer room and looked out the window. Just outside the window is a maple tree. Sticking out of that maple tree was a small white plastic tube. Immediately I wondered what Cameron was up to. Under that tube, in the snow, was a cup that was collecting the sap that was dripping from it. Cameron had his own little "sugar bush" going on. He had decided to try and collect some sap and had tapped three of the young maple trees that are on our property.

After collecting for about three days (and checking it constantly) he had about a third of a 2-litre pop bottle full. He and I went on-line to find out what we needed to know about boiling it down. It took two hours to boil it down and he ended up with about a table spoon on maple syrup (well it was more like candy because we boiled it a little too long). He was so thrilled with the result and made sure that we all had some. ...and you know, it was pretty good.

I love that kid!! 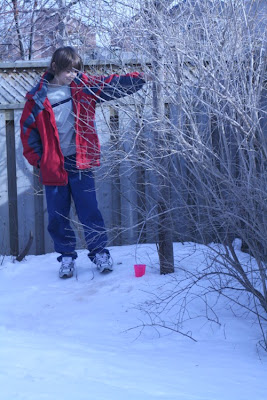 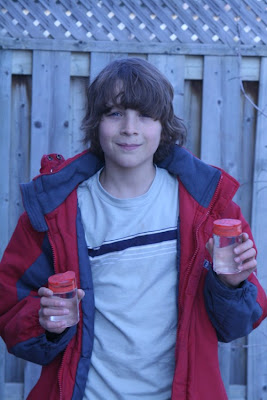 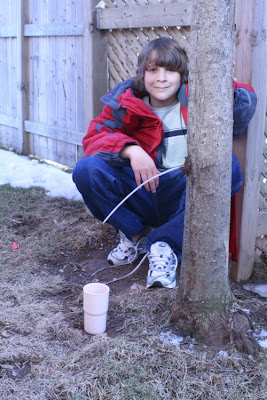