Just when I think that things are getting better they crash again. Matt was having a lot of trouble in September and October with anxiety. We were having meetings at school with his sert, talking with his teachers, appointments with his doctor to try and figure it out and get things better for him. The doctor increased his medication and things got better. I was finally starting to feel that he was starting to feel better and we would be in a good phase, at least for a while.

Well, he hit a wall again yesterday. He skipped his History class because he "fogot" about a unit test, and didn't study. When he showed up and realized that he was having a test, he left. He said he panicked. Then, last night, he had another panic attack because he's having trouble coming up with a thesis for a History essay on Peter the Great.

Poor kid. I feel for him. Looking back to my school career I see that I suffered from anxiety in a lot of the same ways as he does ... but I handled it differently.

Last night, however, I wasn't very understanding. I just couldn't deal with it. I yelled at him and started throwing all kinds of useless "advice" his way. (I say useless because I know that when he is in that kind of state, he just can't reason his way out of it.) I guess I started to panic too and there were two unreasonable people in the room. I would just like some smooth road for a while, for him, and for me.

Fortunately, this morning he was feeling much better and had an idea for his thesis statement on paper, ready to talk to his History teacher about it today. Oh, and that missed test? He was able to write it yesterday during 5th period. I'm so thankful for understanding teachers and a great school that is soooo accomodating for him.

Don't ya just love a teenager in the morning?? 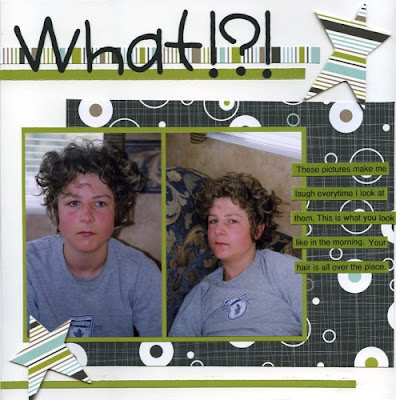 This was an inspired layout from a magazine. Pictures from St. Andrew's State Park in Florida.

And Cameron doing one of his favorite activities. 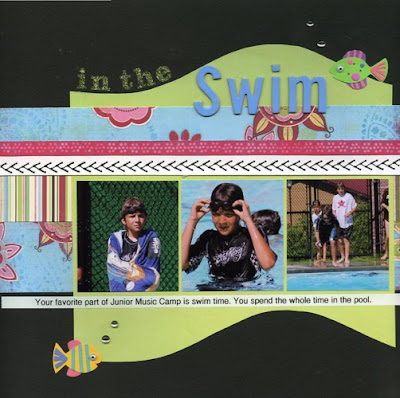