I can't believe how fast the weekend flew by. It seems like a big blur amd I've been down with the flu ever since. I woke up Sunday morning with a head cold that has become the flu with fever, chest congestion, head cold, aches and just feeling yucky! It didn't helo that Sunday was a very busy day and I was on the go from morning til night. After Church we had a Musicale so we had to stay in TO for that. The Musicale was at 1:30 and finished at 2:45 then Spencer and I had to rush off to Brampton to a Divisional Youth Band concert there. We got home around 6 and I crashed on the couch where I've been ever since. (it's not such a bad place to be as we've been getting hit by another snow storm.) 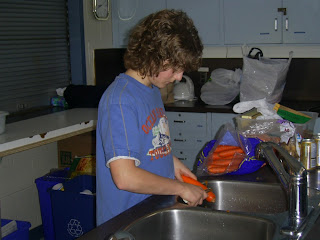 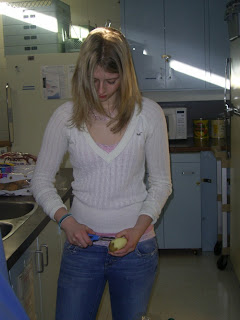 The fund-raising crop was a huge success and the kids make quite a bit of money. Spencer and Jennifer (Pat's daughter) came down with us to set up and help get the meal ready. They did a great job peeling potatoes, peeling carrots, setting the tables, moving tables around, and helping where ever they were needed. They plaed a solo each for the ladies before they had to leave at 1 p.m. to go to a concert in the afternoon. 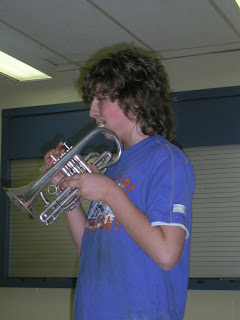 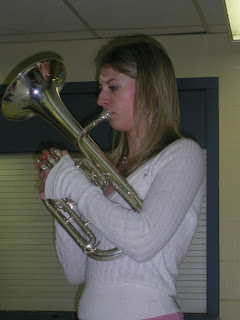 I didn't get much done at all. I managed to get my scrapping stuff out and layed on the table, and read a magazine. The rest of the time Pat and I were running around cooking, cleaning up, or getting tea and coffee.

At the end of the day, when everyone had left (except Deb, Joanne, and Lillian) we couldn't resist the trampoline any longer and had to get on. Man! That was fun, but very tiring. I forgot what a work out that was. I think I need one of those in my basement (well, OK, not the basement because I would have a headache from my head hitting the ceiling!) It's been a long time since I've laughed that hard! 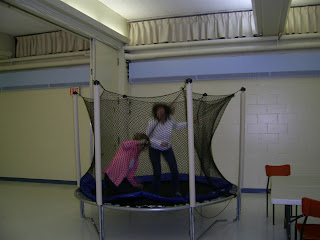 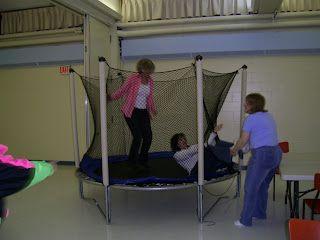 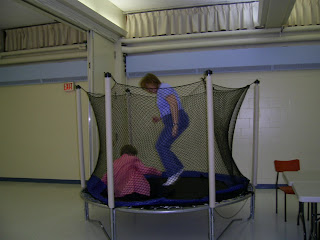 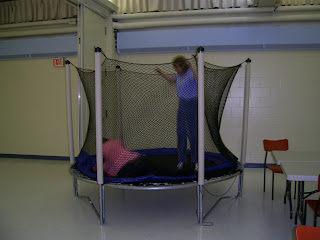 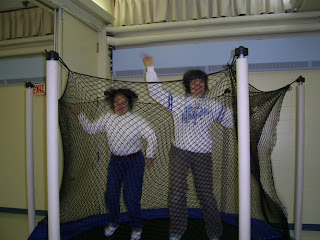 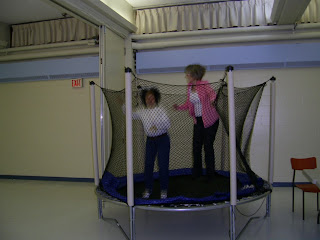