Did you feel that rush of air that just went past??? I think that was my weekend. Apparently today's Monday. Somehow, I seem to be missing some time. The weekend was such a whirlwind.

The boys were off on Friday so we packed up and headed to London. The plan was that I would go early in the day, and John would take the Go Train from work to Cathy's and go to London with them as we were going to do some work on Mom and Dad's house over the weekend.
Well ... you know what they say about the best laid plans. Ha!
We arrived in London in the afternoon and went straight to the Snow Tubing place. The boys went tubing for a couple of hours. I would have loved to have joined them, but I didn't have any snowpants so I sat in the chalet instead, sipping on hot chocolate and watching them through the window. The enjoyed it, but Matthew said that it wasn't long, or steep enough. He didn't last as long as the other two so he joined me in the chalet for a while. I was able to get some pics, although, I wasn't able to get too close, so I had by 300 zoom lens on the camera. 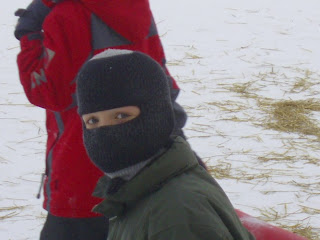 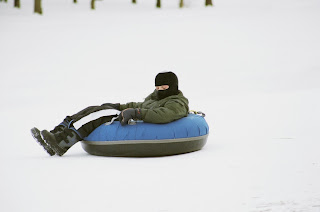 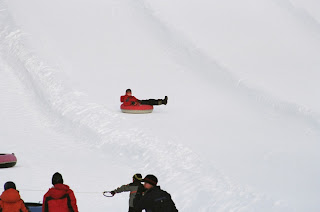 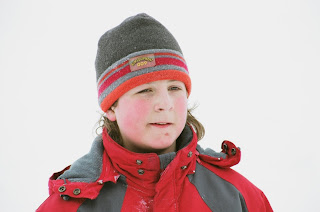 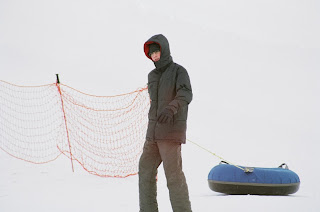 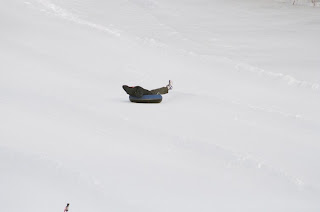 From there we went to my parents' house where I stood in the cold to try every single key that I brought with me (in a large baggie, because I didn't know which one was their's ... my parents are in Florida for a few months). No luck. No key would fit. I called John to see where on the road they were, and he was just getting into Brampton on the Go Train and said that they weren't leaving until around 8 o'clock. Great! What was I supposed to do with three boys for 4 hours.
We ended up having some supper and then going to a movie. Matt really wanted to see An Epic Movie and said "it's really funny mom, it's a comedy." Fine. We went. It was terrible. It wasn't funny, and it wasn't an appropriate movie for children at all. Matt was the one who suggested that we leave. We did. I was very proud that he came to that conclusion on his own. I was also very proud of the discussion they had about the movie, and how bad it was in the car.
After killing some more time at Chapter's, John phoned and said that they had arrived. Yay! We could finally get in to the house.
Saturday was spent painting trim in Mom and Dad's house. Three coats! We got the boys to help. There was a little more playing, and not enough working from them. They were writing messages to each other. 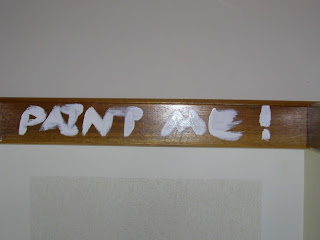 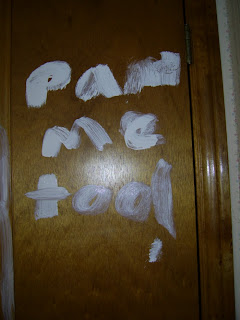 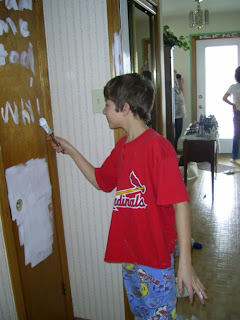 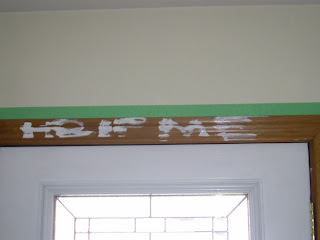 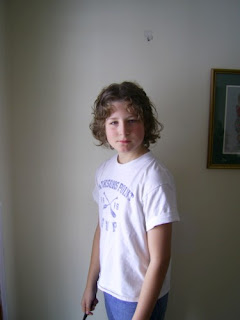 After they took a break (from all that playing) we spent too much time trying to fix their mistakes, so we gave them the rest of the day off.
We finally finished around 9 p.m. and packed the boys up to head back to Oakville, leaving Cathy and Don with the mess. They were staying on for a few days to try and get some more done.
Yesterday I was exhausted. After Church, we came home and did some running around Oakville, and trying to get things organized at home again.
Now, we need to paint our own house!!
Posted by Barbara at 1:52 PM