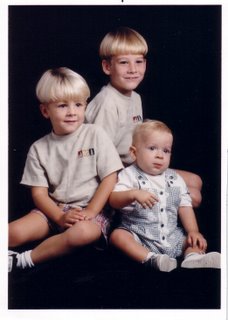 Last night was Spencer's grade 8 graduation. Can you believe it? I can't. My cute little boy with the white hair (he's the one on the left) has graduated from elementary school! Where does the time go? I know every parent wonders the same thing, but really! Where does it go? 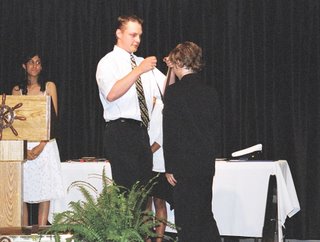 He looked so grown up last night in his suit and tie. It was one of those wow moments for me ... you know the ones ... when you see your kids in a whole new light. The grad went well. Spencer won a music award for musical excellence fromt the Halton Junior Jazz band. His music teacher had some wonderful words to say about his musical ability. Spencer thought it was cool that the teacher said that he was jealous of Spencer's musical ability.

After the grad, they had a dance for the kids. All the girls were dressed in their gowns and most of the boys in suits. They all looked so grown up and eager to move on to the next phase of their lives. 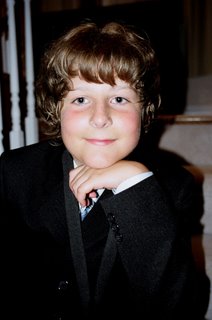 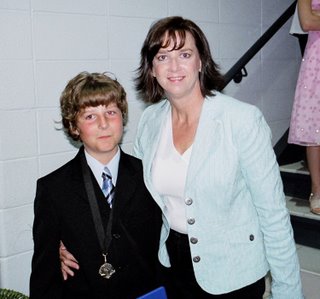 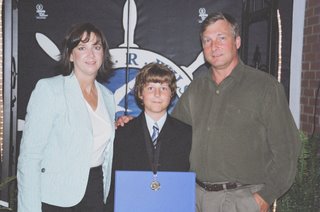 Auntie Cathy and Uncle Don came to the graduation. 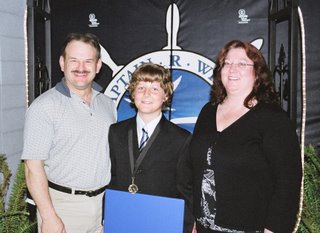